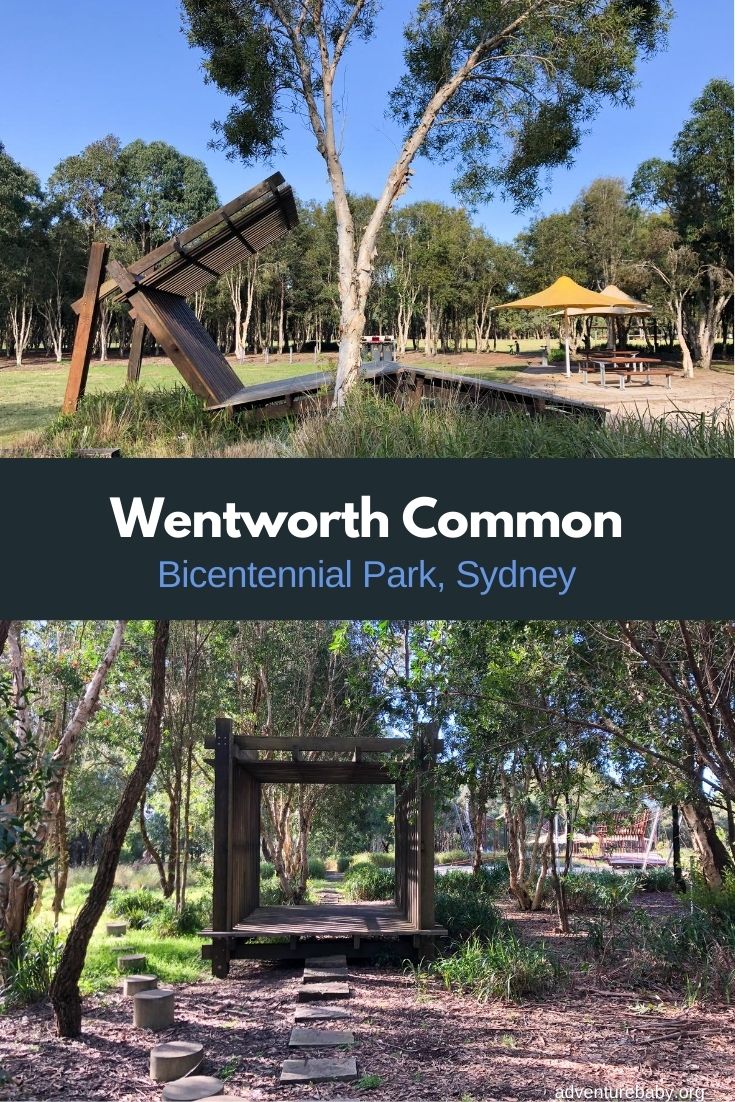 A hidden gem inside the sprawling Sydney Olympic Park, Wentworth Common is a quiet, grassy park with wetlands, a playground and picnic facilities.

Wentworth Common is easy to find, with a car park directly outside, off the main road (Marjorie Jackson Pkwy). It’s often overlooked, making it a lovely spot for those seeking solitude. 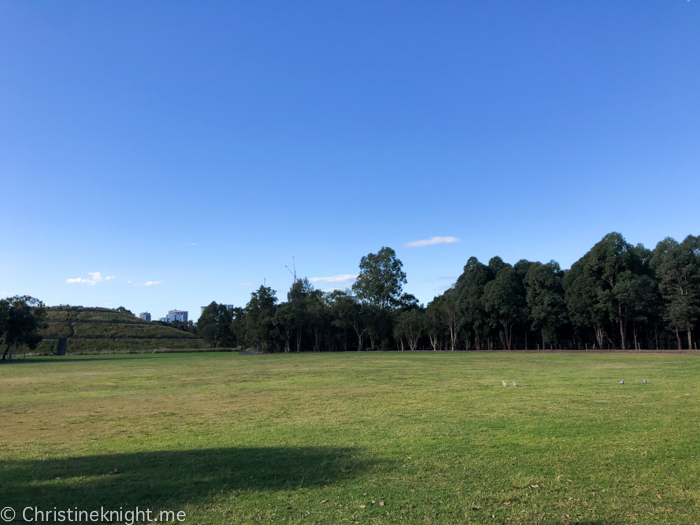 The park features a huge grassy area, with lots of trees around the perimeter for shade. There are several sheltered picnic areas and free barbecues, plus a large, modern bathroom block. 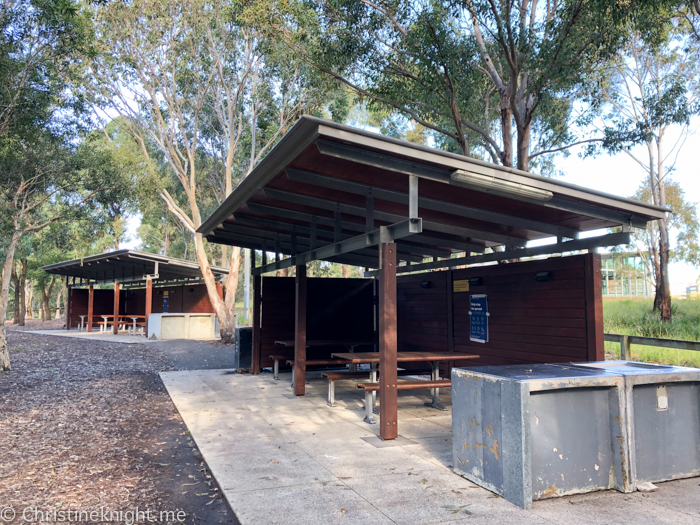 There is a large adventure playground with a huge sandpit, slide, climbing frame, swings and flying fox. 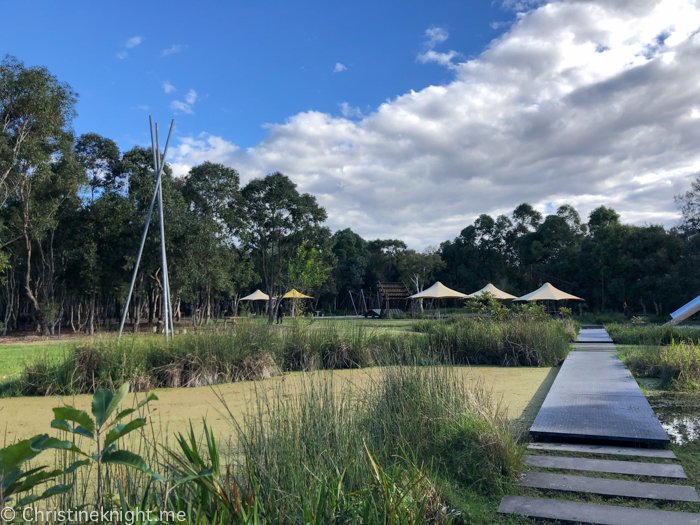 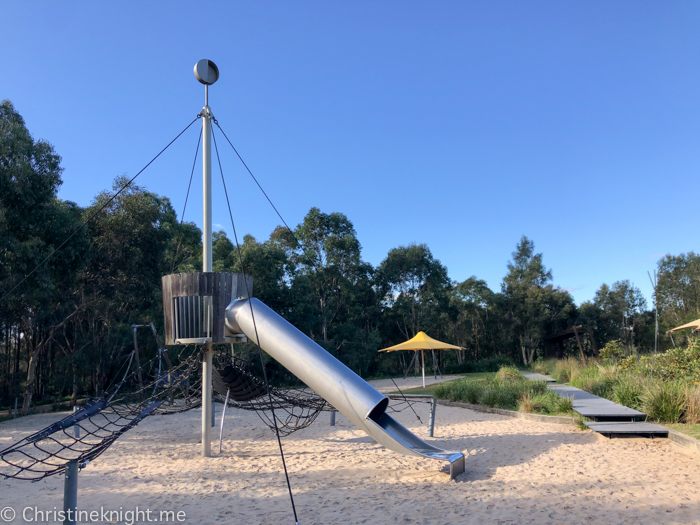 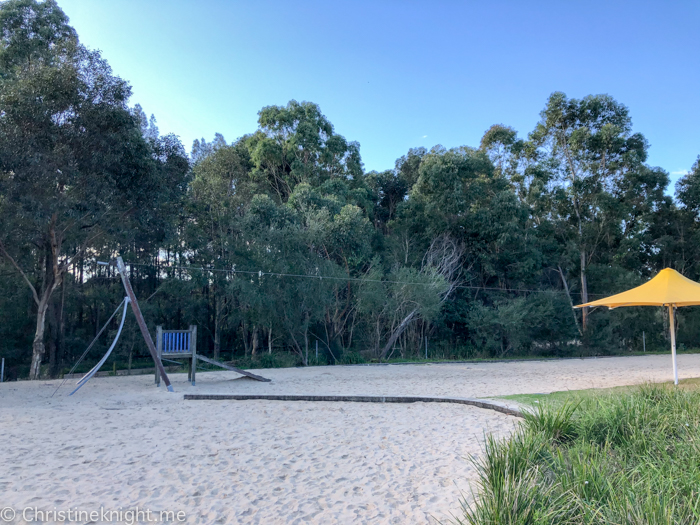 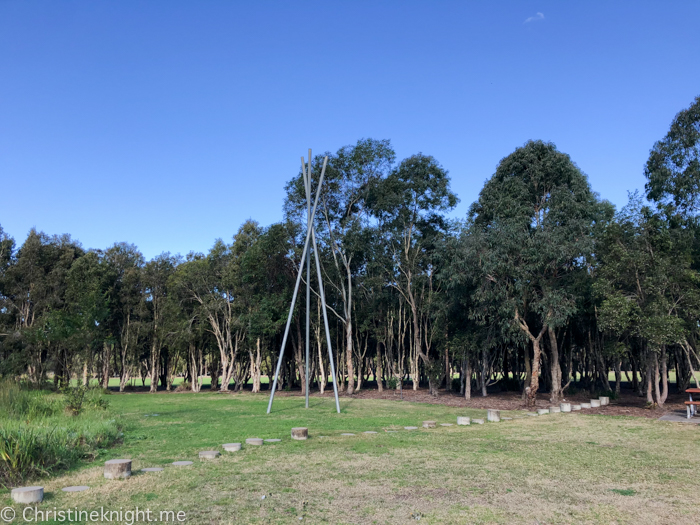 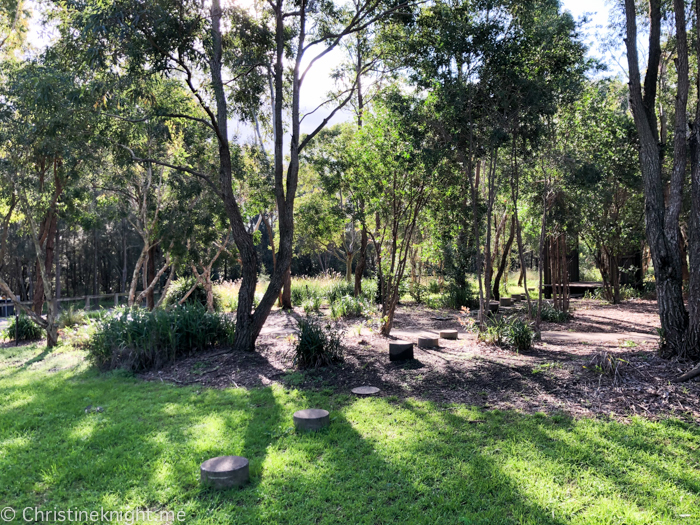 Little kids will love the stone sculptures of the lizard and frog in a smaller sandy play area. 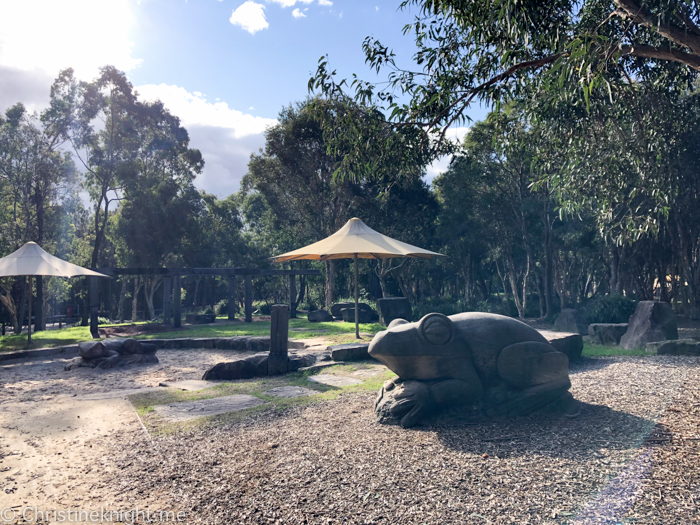 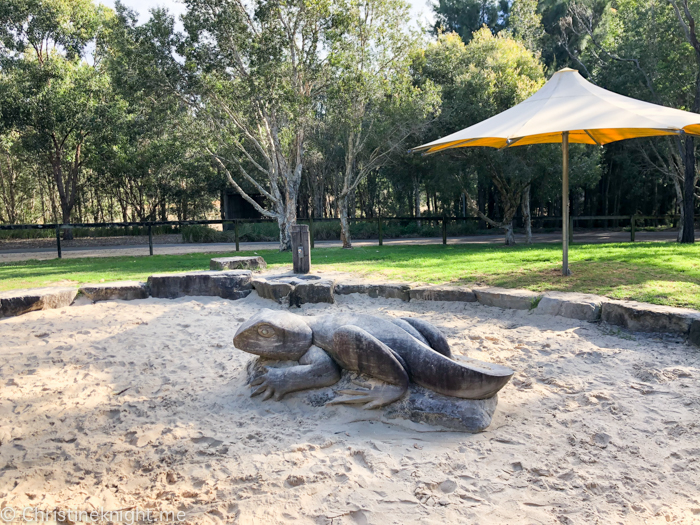 There is a small water play feature connected to the sandpit in this part of the park for play during the warmer months. 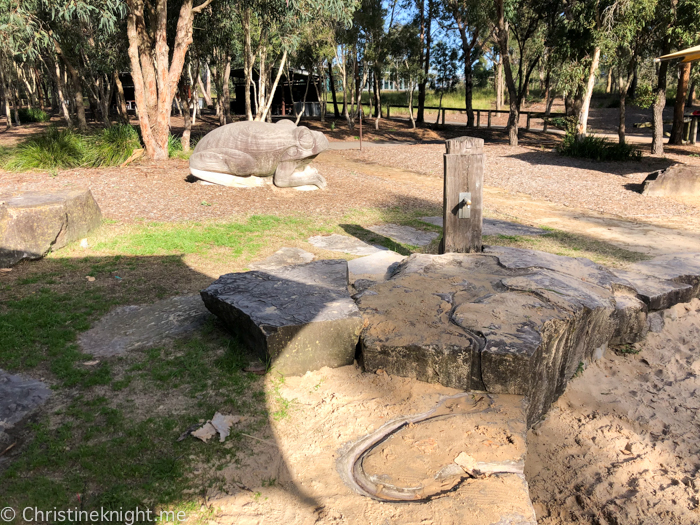 There are some lovely wooden beams linking the two small play areas though the wilderness as well as low circular stepping stones dotted throughout the bush – great for balance as well as imaginative play. 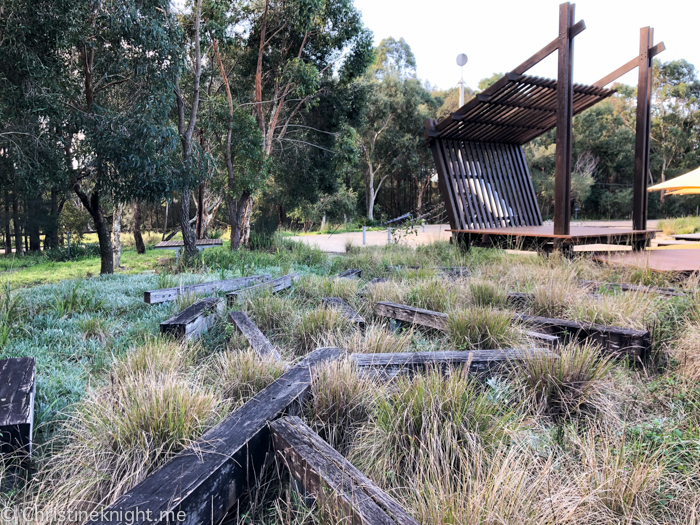 If you want some exercise, walk or cycle to the top of Bay Marker lookout for views of the wetlands, Haslams Creek, Homebush Bay and the city skyline. 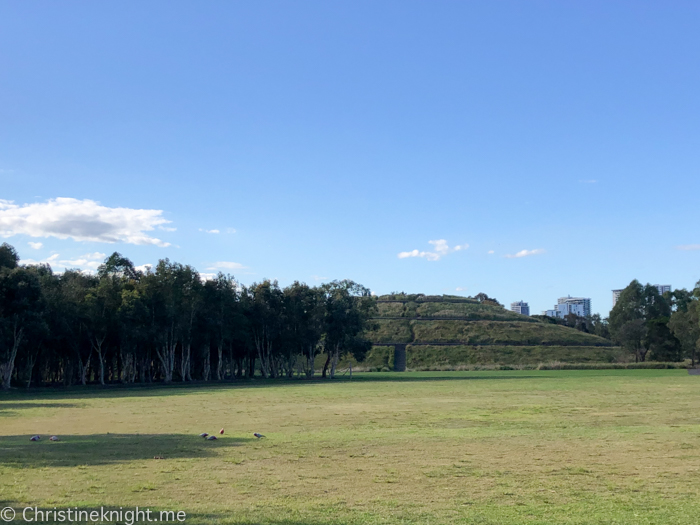 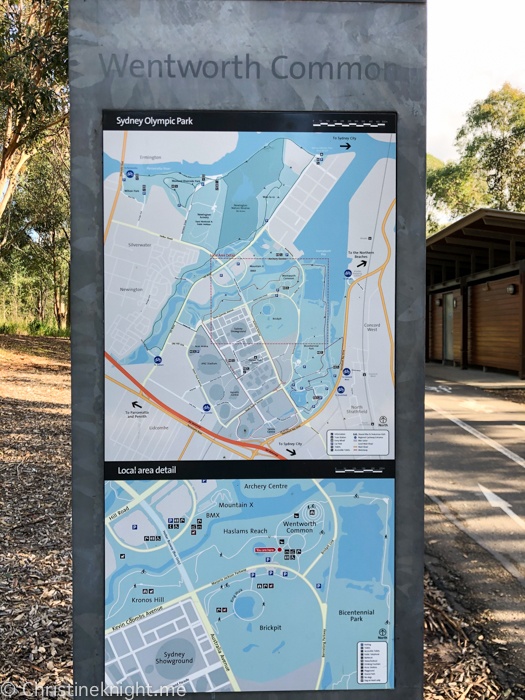 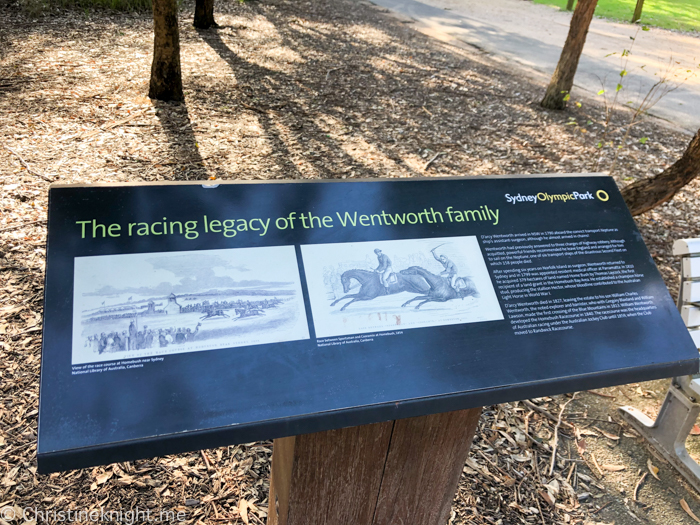 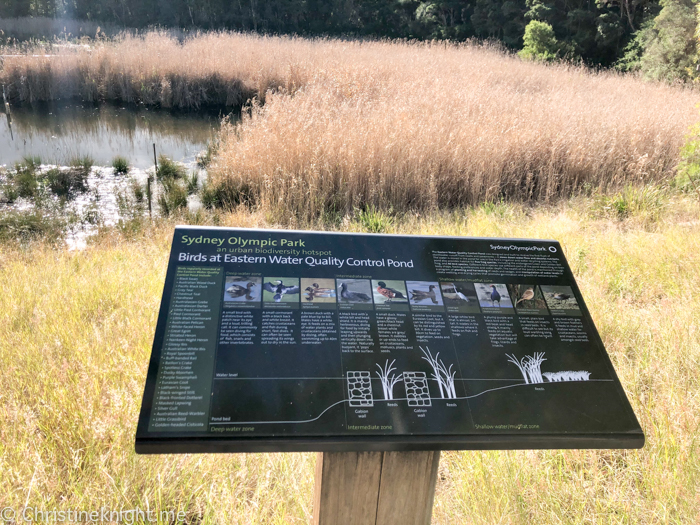 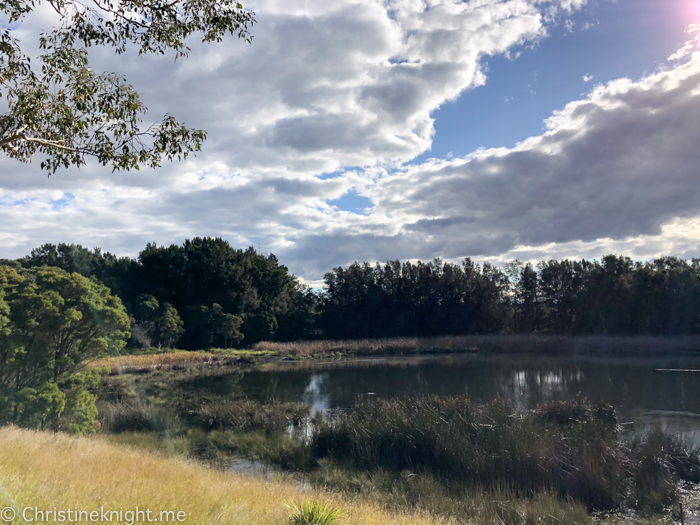 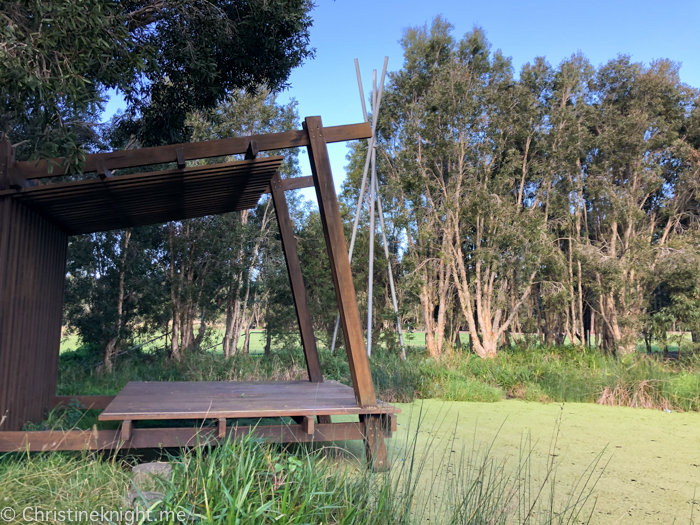 Look for ducks and other water birds in the wetlands. 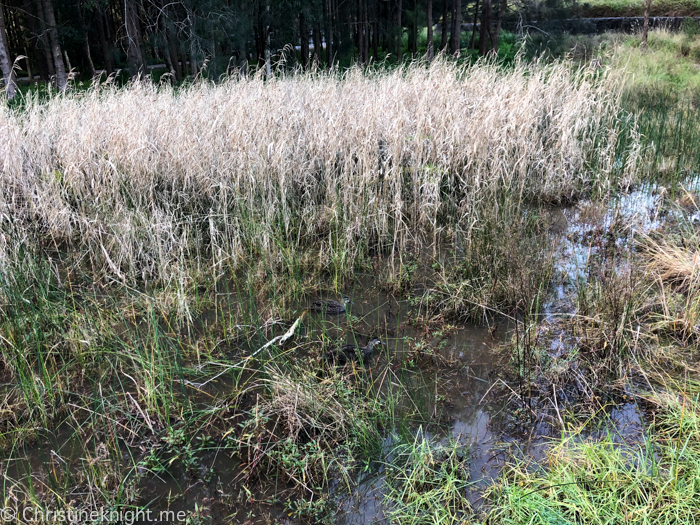 There is more of Bicentennial Park to explore as well, plus nearby Blaxland Riverside Playground and the Olympic Cauldron in Cathy Freeman Park. Or, take a dip in the Sydney Olympic Park Aquatic Centre. Scoot or bike around the Newington Armory.