Many moons before the little Cheese came along, hubbie and I travelled foot loose and fancy free all over Europe. One place that has stayed with me as something out of a fairytale is Neuschwanstein Castle.

This castle is one of the most beautiful (and popular!) in Europe, and is a place that photographs do no justice to. It’s impossible to capture in a picture the majesty of this spectacular castle, perched high in the mountains. We visited Neuschwanstein Castle, nineteenth-century Romanesque Revival palace, when we were visiting Munich. We did a day tour out to the castle that included a fantastic bike ride around the country side, and ended up at the village Hohenschwangau, at the bottom of the castle. Neuschwanstein Castle was home to King Ludwig II of Bavaria, a supposedly shy king who built the palace to keep the public at an arms length. It’s ironic that after the solitary monarch’s death his home is now one of the most popular of all the palaces and castles in Europe, with around 1.4 million visitors a year. Our visit was on a busy day, but the timed tour groups meant that the inside of the castle never felt crowded. It was fascinating learning about the shy king who lived in such a magnificent dwelling – like something out of a children’s fairytale. Out on the terraces people gathered in larger amounts trying to take selfies or admiring the view. It was a lot more chaotic than the photos would lead you to believe. Entrance tickets for Neuschwanstein Castle can only be bought at the Ticketcenter in the village of Hohenschwangau below the castle. More info. To get from the ticket office to the castle, you can take the 30-40 minute walk (Around 1.5km uphill) or check out these other options.

Info from the website: Your entrance ticket is valid for a guided tour of the castle at a particular time. We would like to explicitly point out that the tours begin punctually. Please allow sufficient time to get up to the castle, as if you arrive too late you will no longer be able to participate in the tour.

Please note that during the high season entrance tickets for a particular day may be sold out. We would therefore ask you to reserve your tickets well in advance. Rosalie and I saw the Sydney Dance Company perform Berlin at the Theatre Royal. We’ve been getting sick of the Australian Ballet, so it was a great change to see a new company.

What I loved most about the company is that all of the dancers look completely different. Different body types, shapes, so they look like real people.

The Show was quite unexpected – set in Berlin, it went for about 75 mins with no interval, on the one stage set. The performance really flew by – I was entranced by the delicacy of the choreography. The show was divided into a group of smaller pieces, each one with a different mood and character set epitomising Berlin. The live singer with giant angel wings added to the great atmosphere.

It was a little strange, with some of the characters dressed like circus performers, but I really thoroughly enjoyed it. 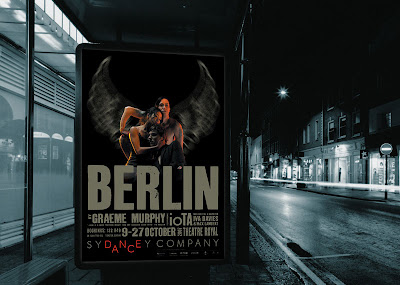