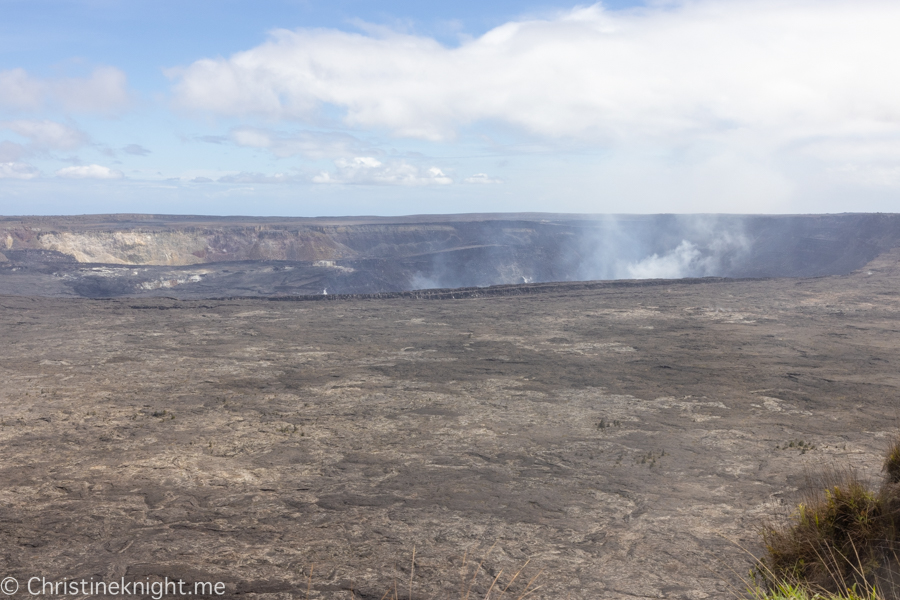 Visit Hawaii Volcanoes National Park, on the Big Island, to walk through lava tubes, see ancient petroglyphs and walk around the rim of Kilauea volcano.

Hawaii Volcanoes National Park is home to two of the five volcanoes on the Big Island – Kilauea and Mauna Loa – which are also among the most active volcanoes in the world.

Due to the nature of the unpredictable nature of volcanoes, you may or may not see lava flow or glow during your visit. Check the website before you plan your visit if this is the primary reason for going. No matter if you do or don’t see lava, Hawaii Volcanoes National Park is absolutely worth visiting.

Hawaii Volcanoes National Park is so big that you could easily spend a few days exploring. If you are pressed for time however, it is possible to see highlights on a day trip to the park.

It costs $25 per car to enter the park. The pass is valid for up to seven days, so you can return and see more if you like.

Getting to Hawaii Volcanoes National Park

Hawaii Volcanoes National Park is located in the Southeastern part of the Big Island in a region called Puna, right by the appropriately named town of Volcano.

There are two ways to reach Hawaii Volcanoes National Park: from Kailua-Kona (a 2 hour drive) and Hilo (a 45 minute drive). We have done a tour group which is great for ensuring you see the highlights and don’t have the driving fatigue if you are returning back to the Kailua-Kona side, but you can also hire a car and self-drive around the park, which we have also done and enjoyed for being able to pick and choose what we wanted to see and spend as much or little time as we wanted doing it.

Where to stay at Hawaii Volcanoes National Park

If you want to stay inside the park, Volcano House your best bet. It’s located right across from the Visitor’s Centre.

Most people visit the park as part of a day trip and afterwards to head to Hilo for the night or returned to Kailua-Kona and other towns further north. 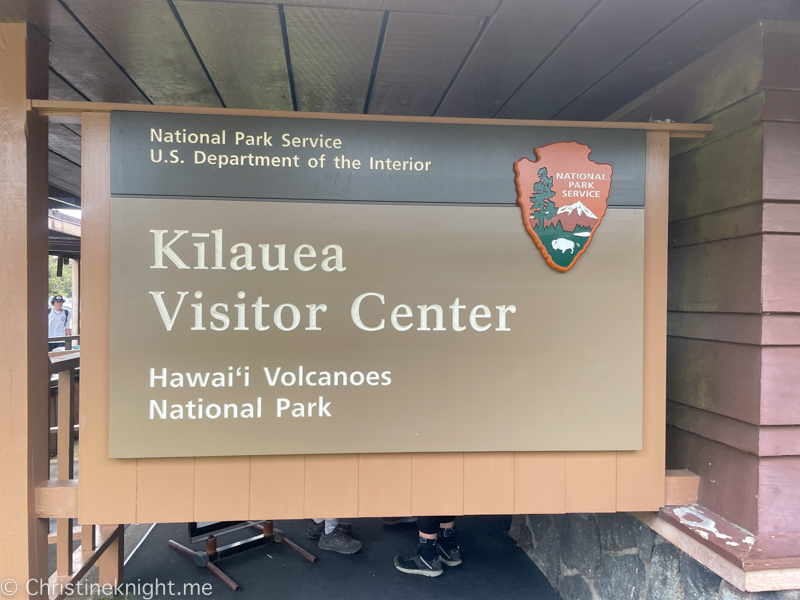 Kīlauea Visitor Center is the best place to stop when first entering the park (just past the park entrance station on the right). You can pick up a map, get advice from rangers and volunteers on the current conditions, things to do and the daily schedule of ranger-led activities. You can also pick up a kids’ guide to the park. 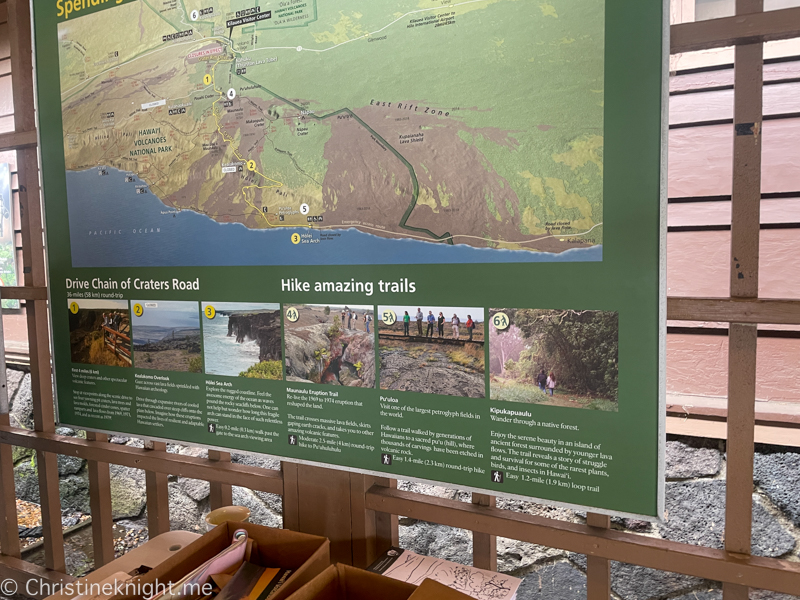 There is a small shop inside the Visitor’s Center operated by the Hawai‘i Pacific Parks Association selling books, posters and other educational materials. 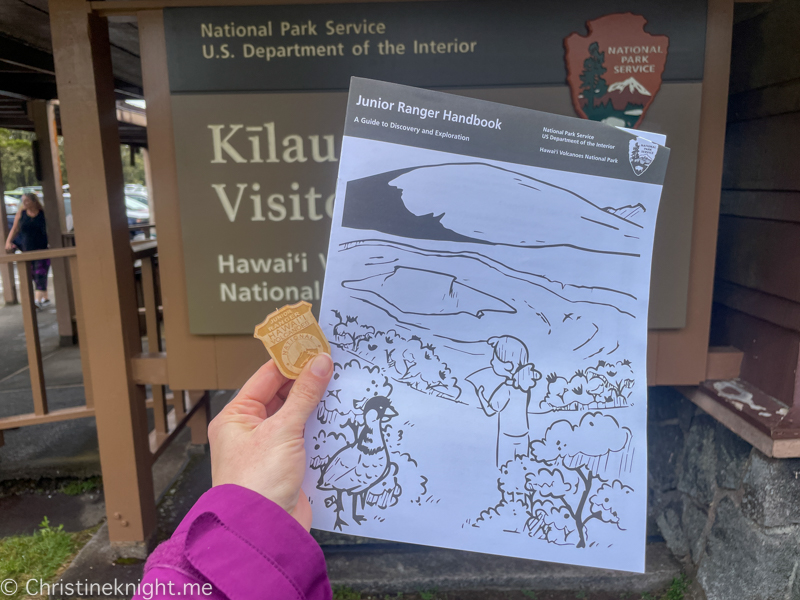 Wahinekapu aka Steam Vents is less than a mile past the Kilauea Visitor Center in Hawai’i Volcanoes National Park. It’s an easy spot to access (parking can however be tricky) and perfect for introducing kids to the power of a volcano. The steam vents are where rain and water seeps into the warm volcanic rock, which omits the steam we see from the surface.

You can also look out over Kilauea volcano from Wahinekapu Steam Vents. The area is of special significance to Hawaiians who view it as a place of healing or an area where they can come to release bad toxins or vibes. 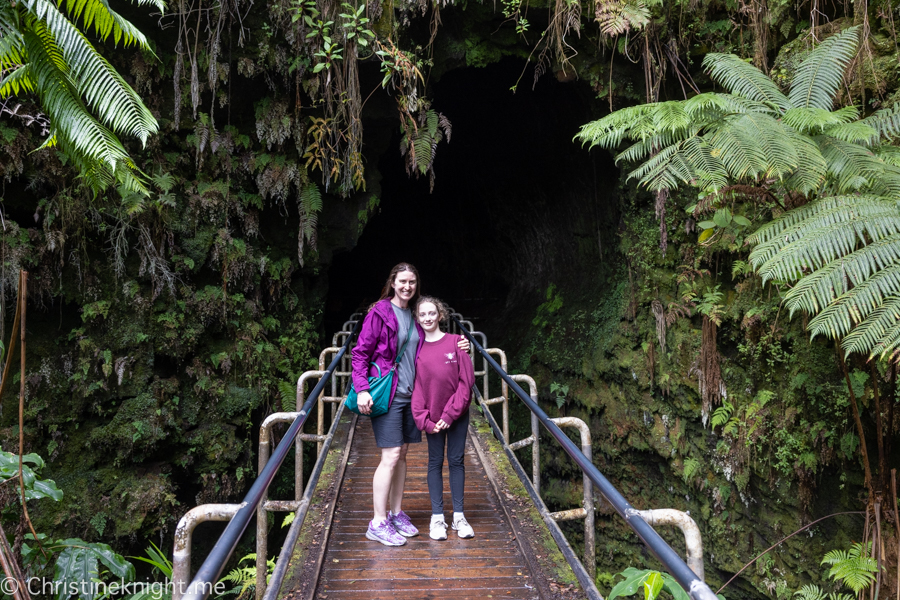 Walk through a 500-year old lava tube where a river of 2000 degree fahrenheit (1093° celsius) lava once flowed. The path leading to the lava tube winds through a lush rainforest. Note there are lots of steps involved getting down to and from the lava tube so the path is not suitable for strollers or wheelchairs. 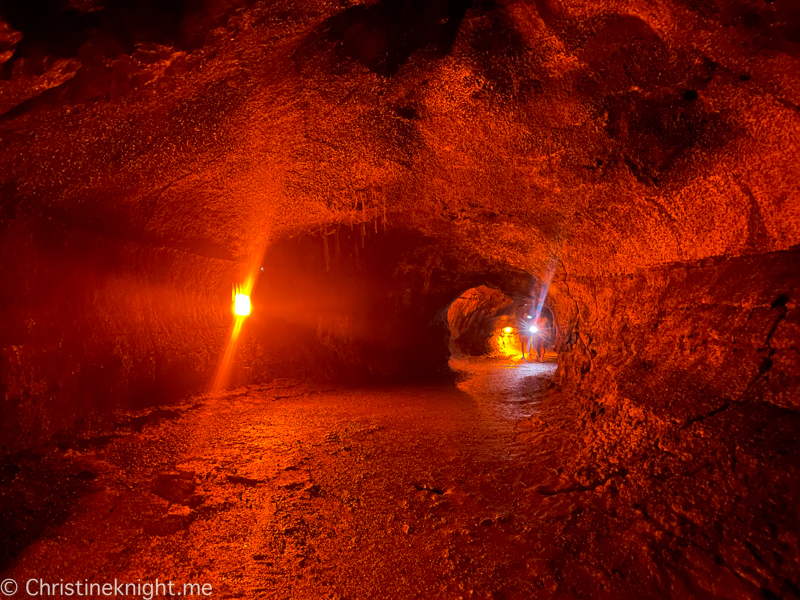 Parking is extremely limited at Nāhuku (Thurston Lava Tube). We parked instead at nearby Kīlauea Iki Overlook and walked the 2.4km round trip trail which is actually a lovely reasonably flat and easy loop walk. The lava tube is lit 8 a.m. to 8 p.m. Flashlights are recommended outside of those hours. Please check that Nāhuku (Thurston Lava Tube) is open before attempting to visit. It closed indefinitely right after our visit in July 2022. 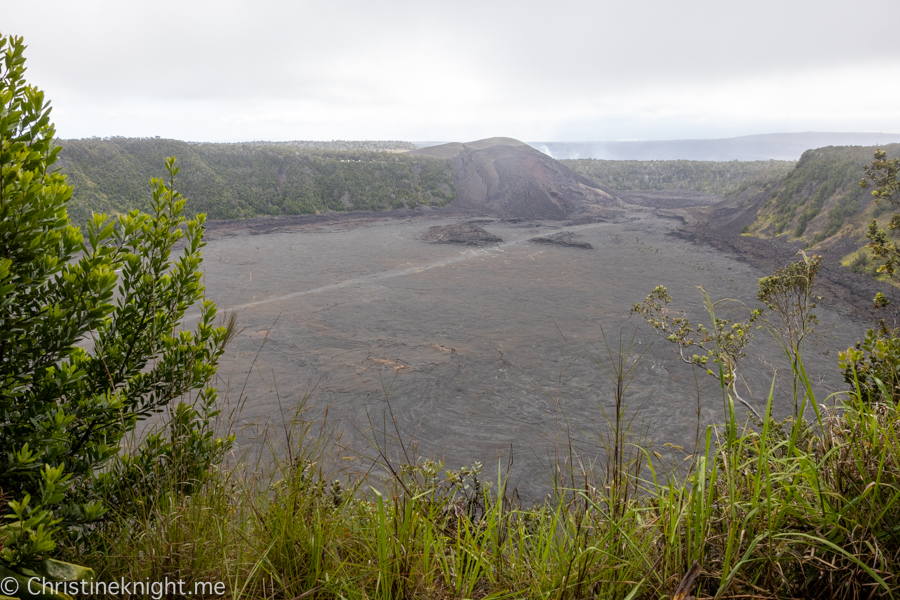