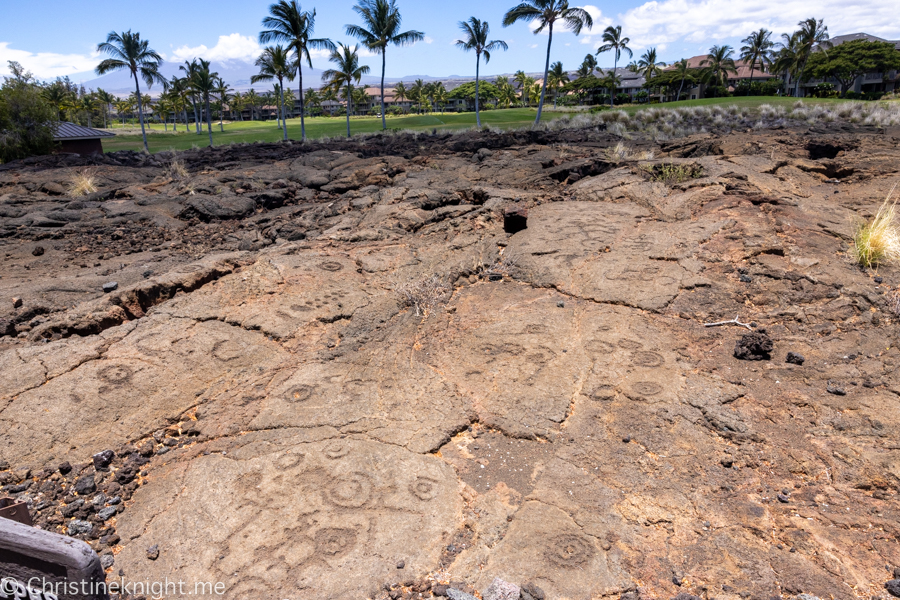 Petroglyphs, or kiʻi pōhaku, are lava rock carvings etched into stone centuries ago by Native Hawaiians. Carvings can be found at various sites around the Big Island of Hawaii, such as the Waikaloa Petroyglyph Field. 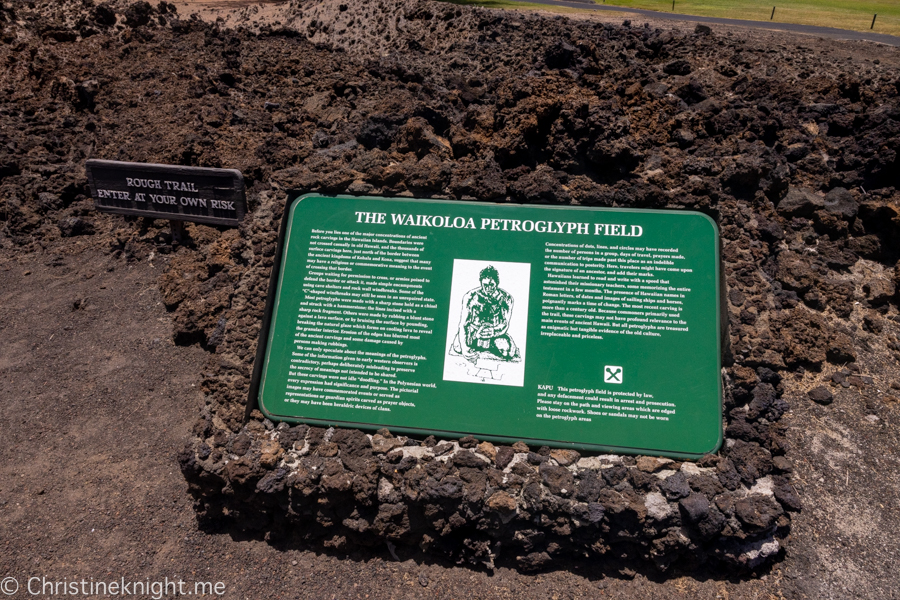 While the true meanings of the petroglyphs are unknown, it is thought that the carvings of human forms, canoes, turtles and symbols were used record the births and other significant events in the lives of the ancient Hawaiians. 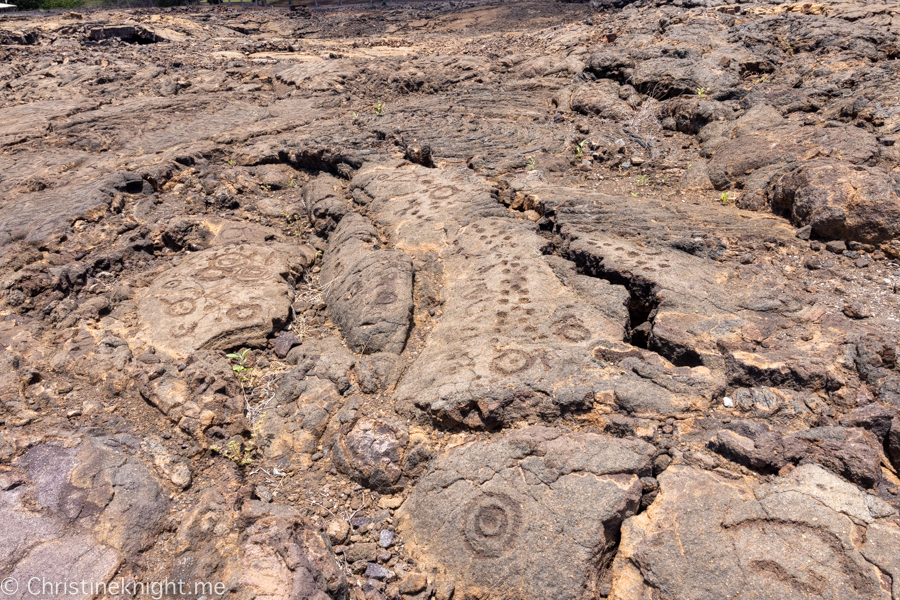 Some petroglyphs date as far back as to the 16th century, The word “Petroglyph” comes from the Greek words, “petros” for rock, and “glyphein” to carve, Hawaiians call this form of rock art “k’i’i pohaku“, or images in stone. 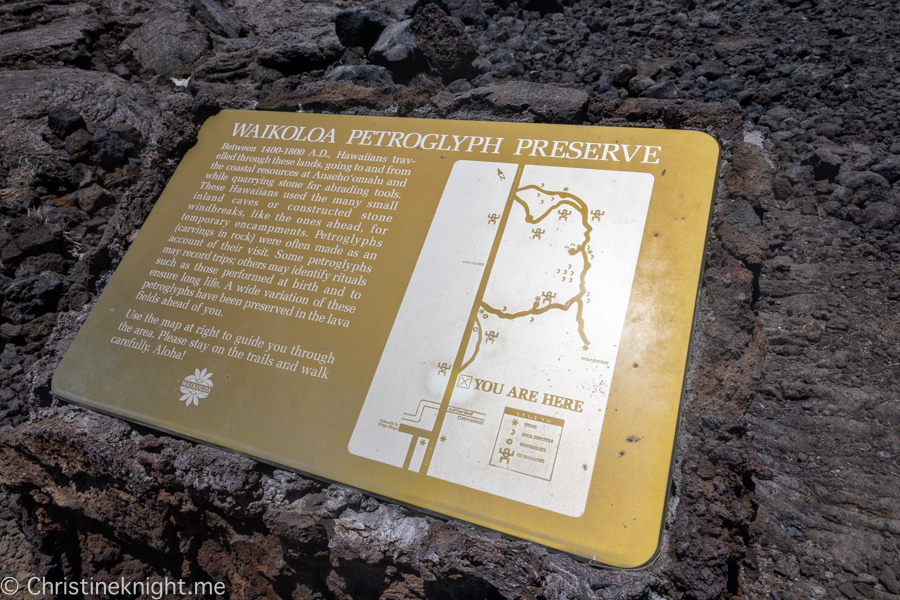 There are many captivating petroglyphs fields throughout the island of Hawaiʻi, with the Waikoloa Petroglyph Field being one of the best preserved sites. 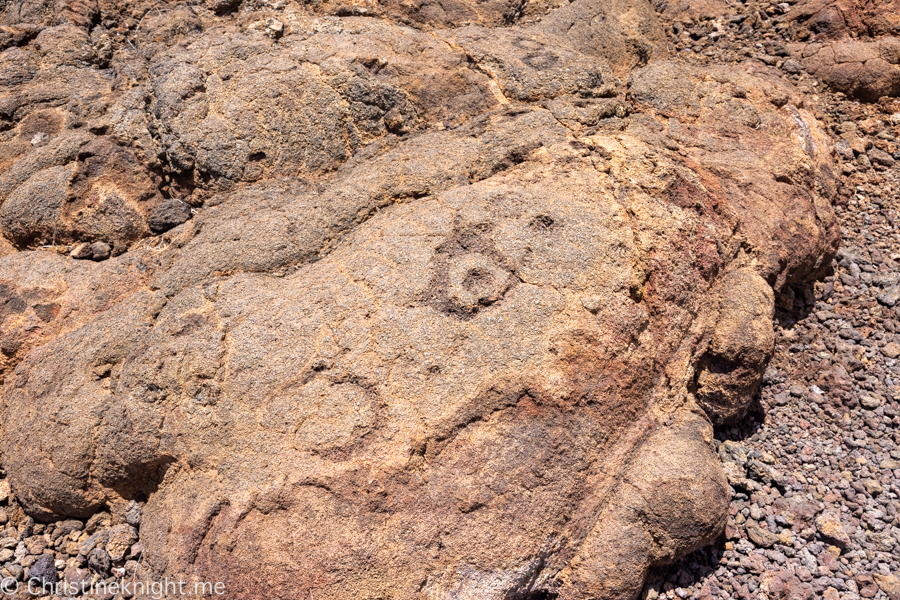 The Waikoloa petroglyph preserve is one of the two petroglyph fields north of Kailua-Kona (south Kohala). Keep on the designated trail through the lava field to see petroglyphs scattered on the rock face in all directions. Some petroglyphs are recognisable as figures or birds, humans or canoes, as well as cryptic dots and lines. Western influences appear in the form of horses and English initials. 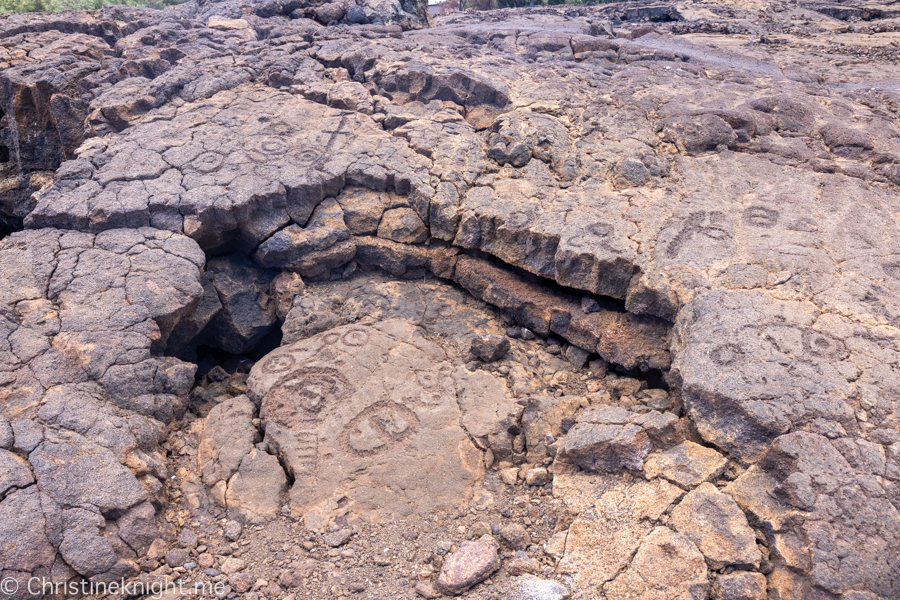 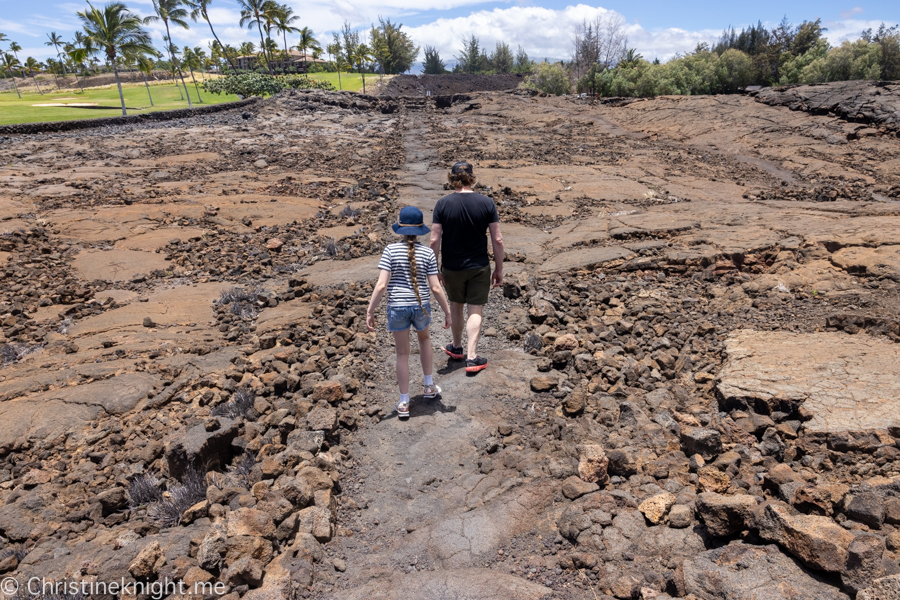 To reach the Waikaloa Petroglyphs, from Kailua-Kona, take Highway 19 north for 25 minutes to the first stop light after the airport, and turn left towards the Waikoloa beach resorts. Continue for about a quarter mile and then turn right at the first parking lot next to the gas/petrol station, park and then walk to the right of the station and pick up the Kings trail (also known as the Kiholo Puako trail).

The petroglyphs are located is about a quarter of a mile north of the Waikoloa Kings Shops, located on the Kings walking trail. 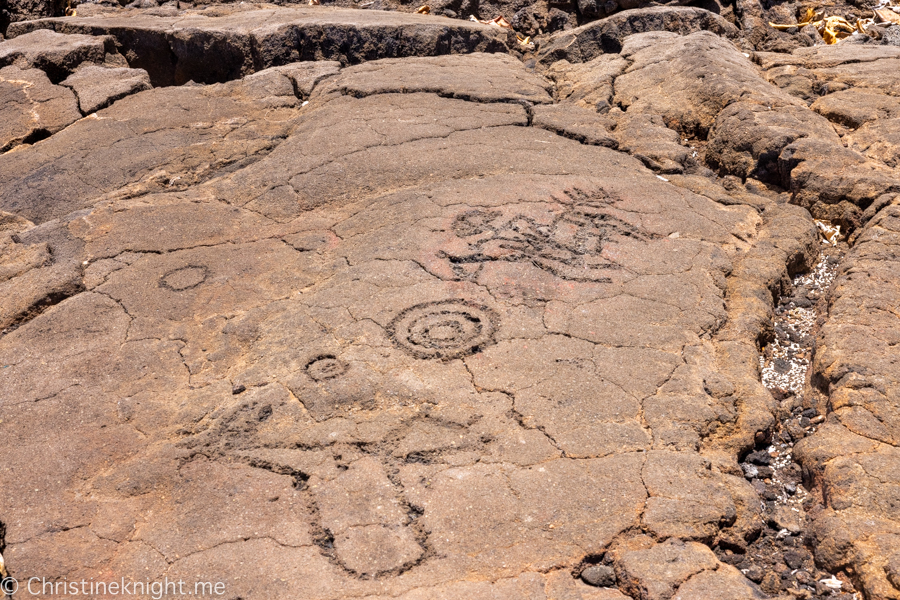 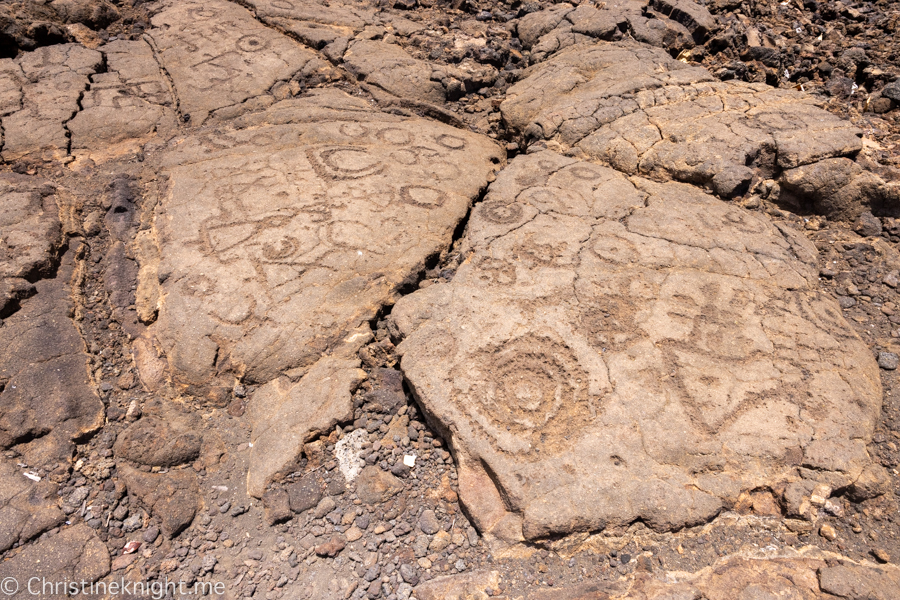 There is a flock of Hawwaiian nene that lives in the golf course area, near the petroglyph area to look out for. The official state bird of Hawaii, the nene is the rarest goose breed in the world. 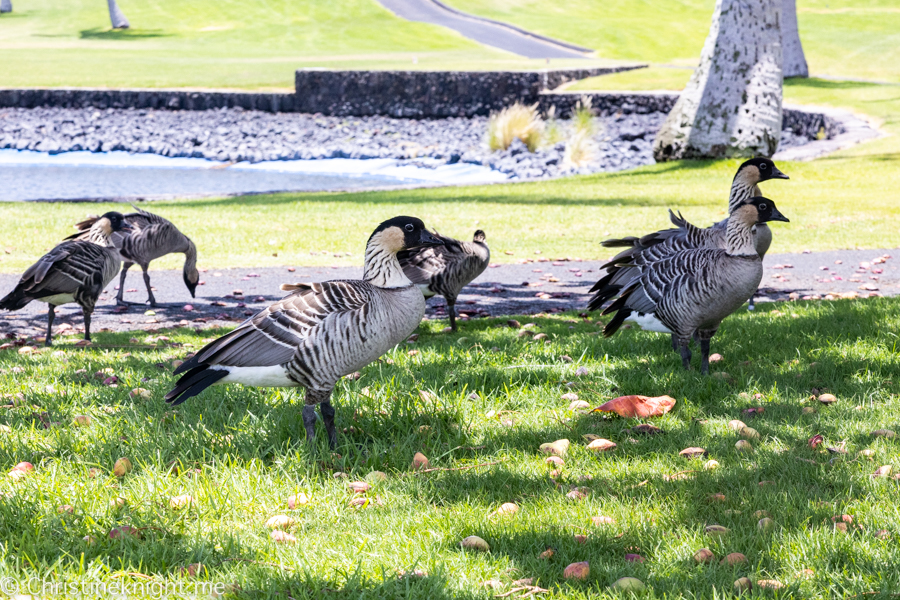