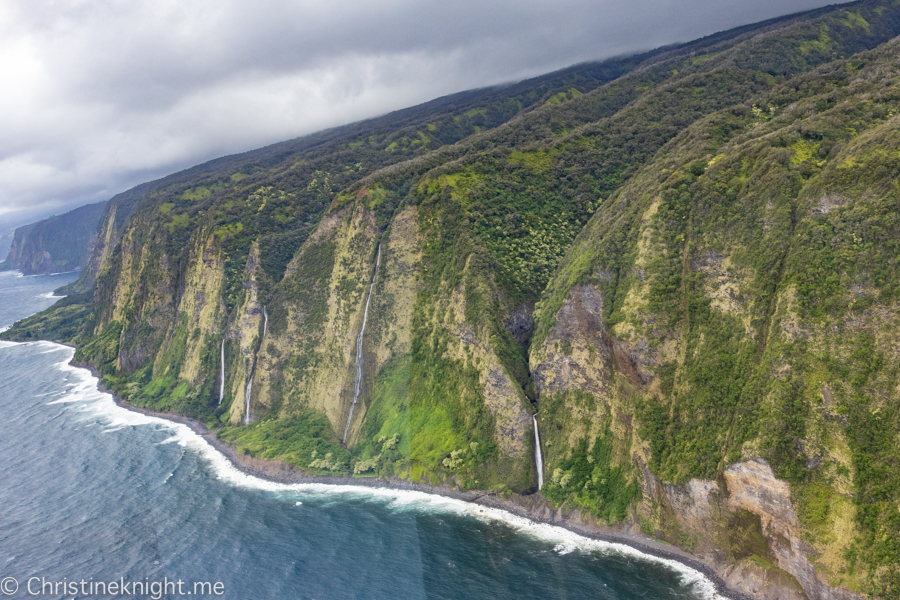 See the lava inside the Kilauea volcano, rainforests, beaches and an optional landing at a 1200-ft. waterfall on Hawaii Big Island helicopter tours by Blue Hawaiian. 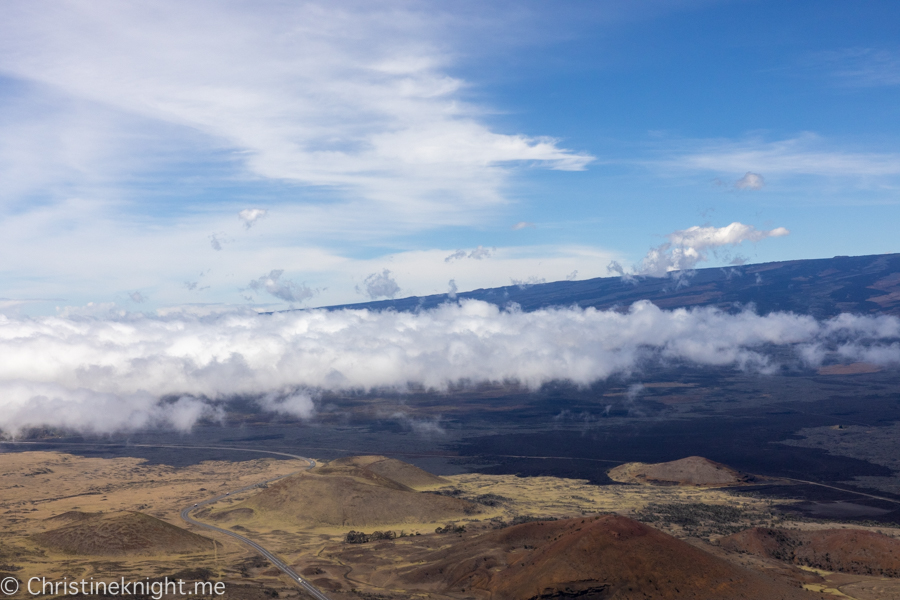 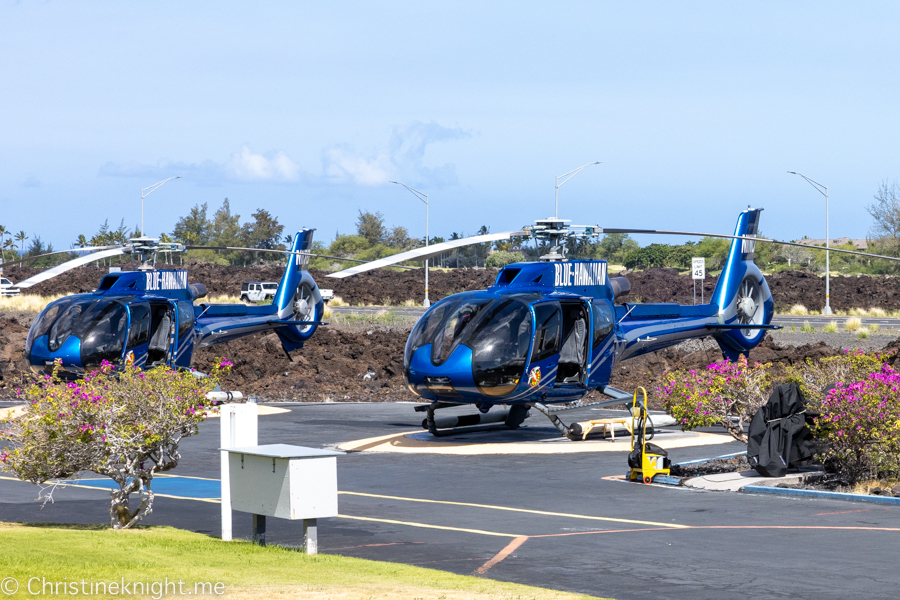 There are a few helicopter tours of the Big Island available. We chose Blue Hawaiian because we loved the sound of their Big Island Spectacular tour which covered the entire island as well as a waterfall landing add on, which is exclusive to Blue Hawaiian. 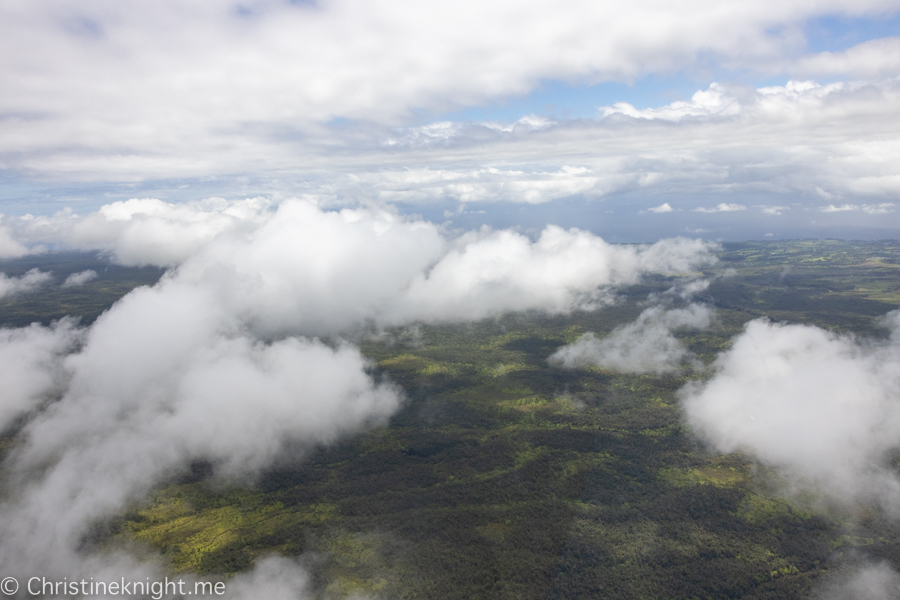 Blue Hawaiian helicopter tours depart from both sides of the island. We chose the Kona departure helicopter tour vs Hilo as different tours operate from each location. 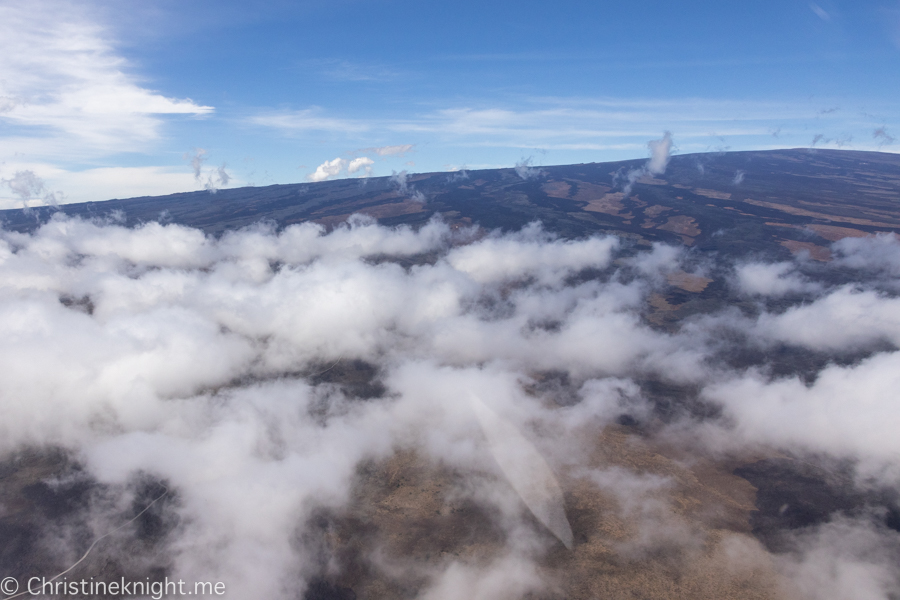 The Blue Hawaiian Helicopter base is located at Waikoloa Village, which is about a 40 minute drive from Kailua-Kona. The helicopters fit five passengers plus the pilot. Two in the front and three in the back. You can pay an extra fee for guaranteed front seating, otherwise it’s up to luck if the other passengers do opt to pay for this better view or it comes down to weight distribution. 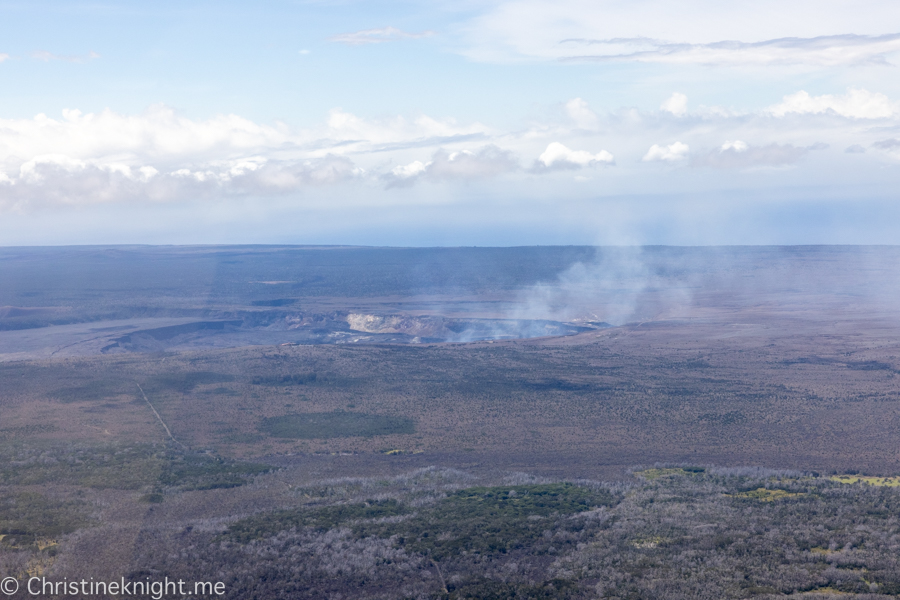 The Big Island Spectacular tour heads inland to get a close up look at the famous Kilauea volcano, which has been continuously erupting since 1983. 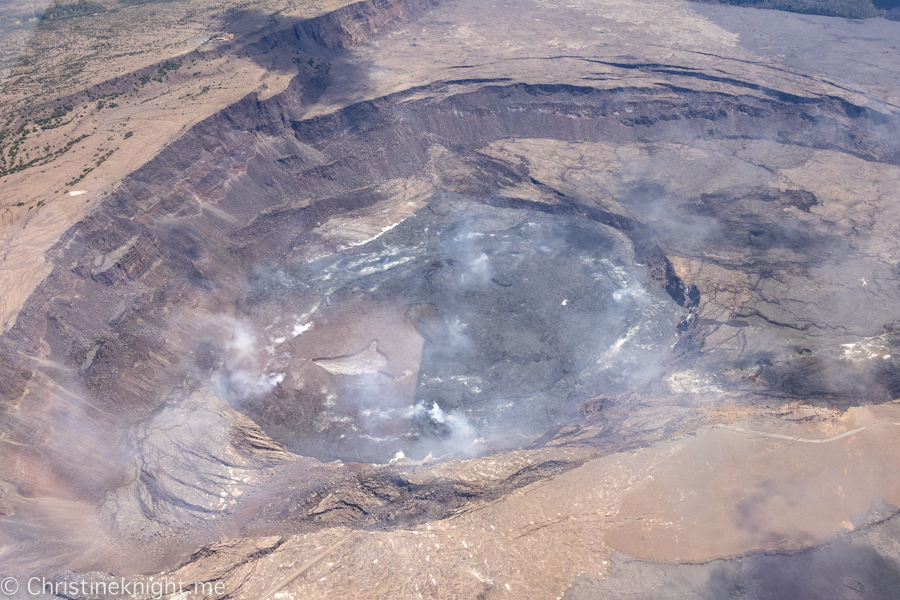 The tour flys over the arid volcanic landscape where lava had flown during previous eruptions, to the edge of the volcano itself. We saw red lava in the crater of the volcano, and steam gushing out – what an incredible experience. 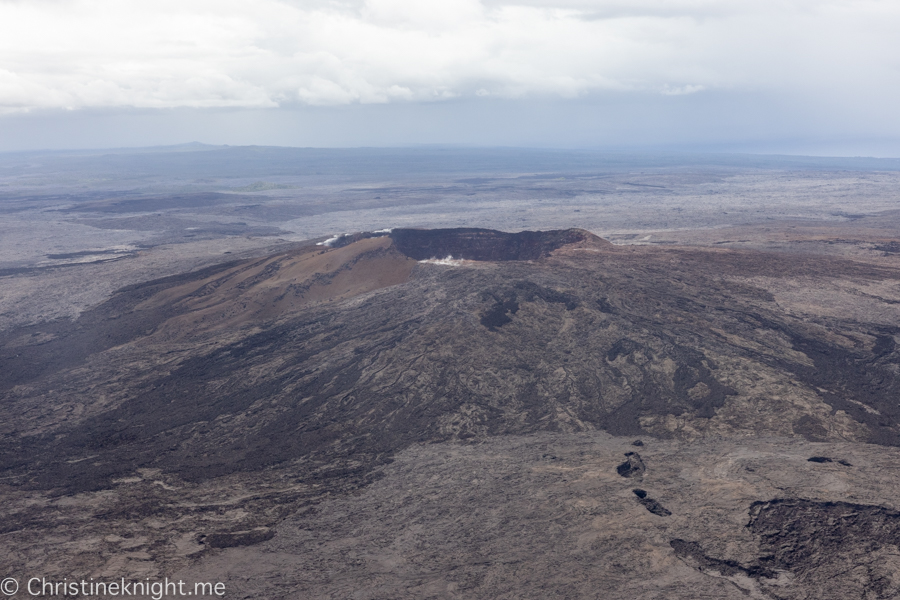 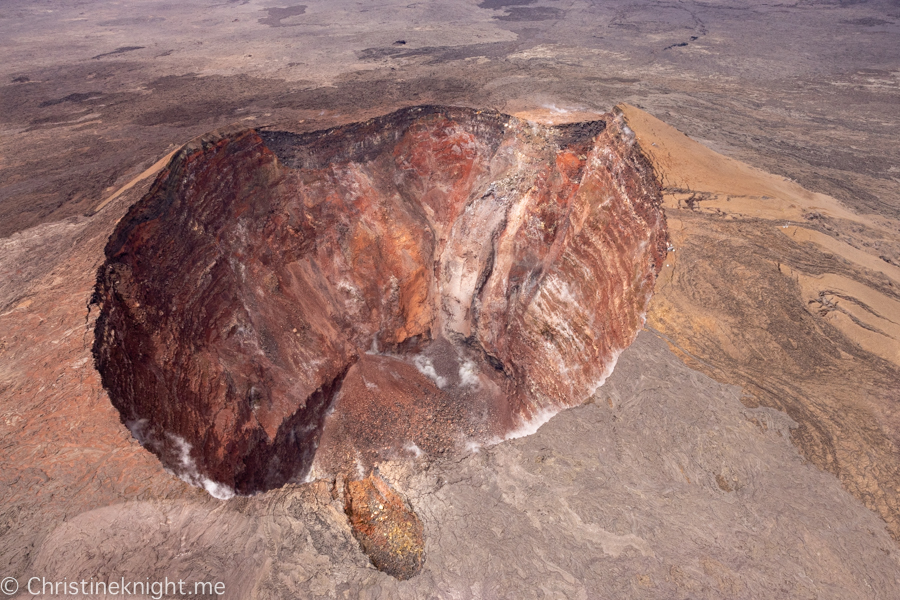 Next we head over the lush rainforests of the Hamakua Coast and the scenic valleys of the Kohala Mountains, where countless waterfalls pour from the cliff edges. 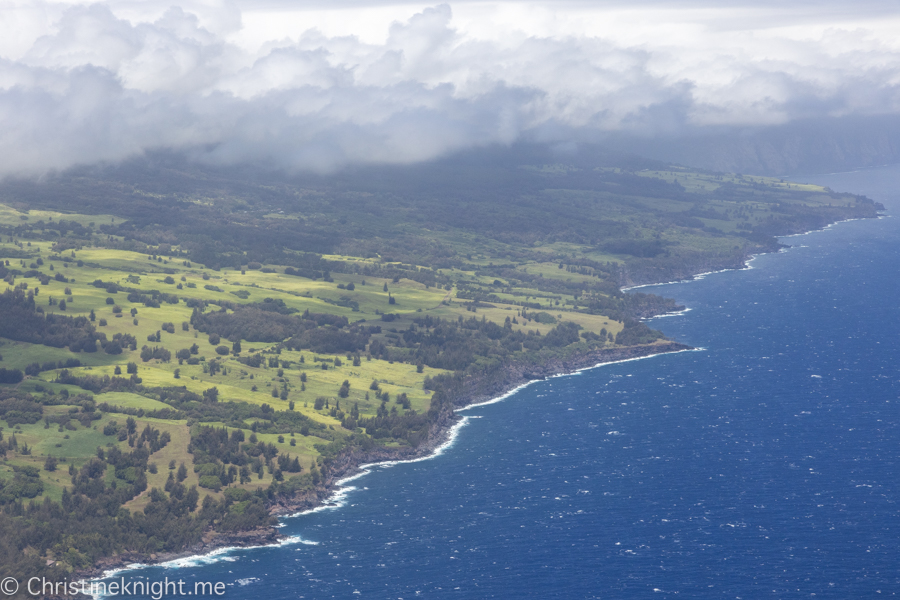 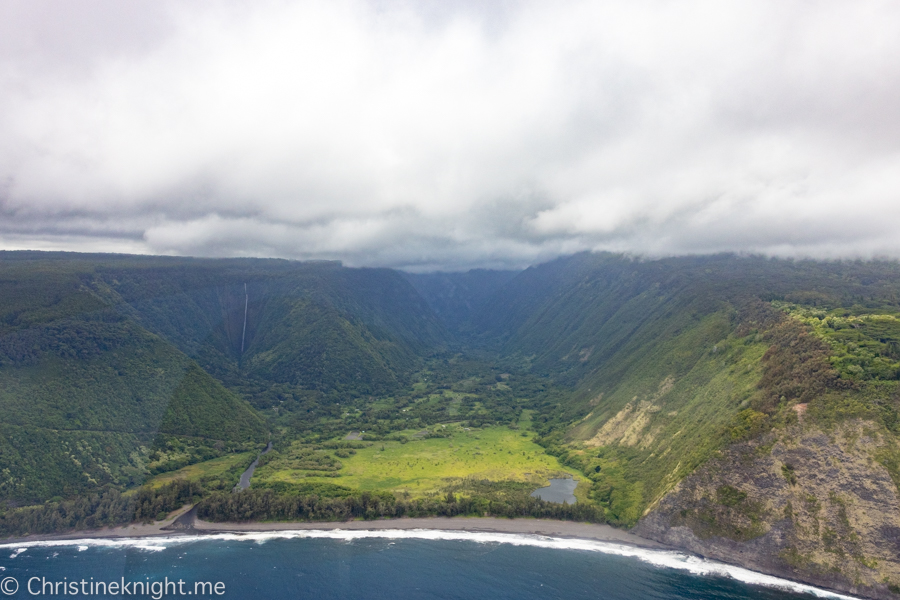 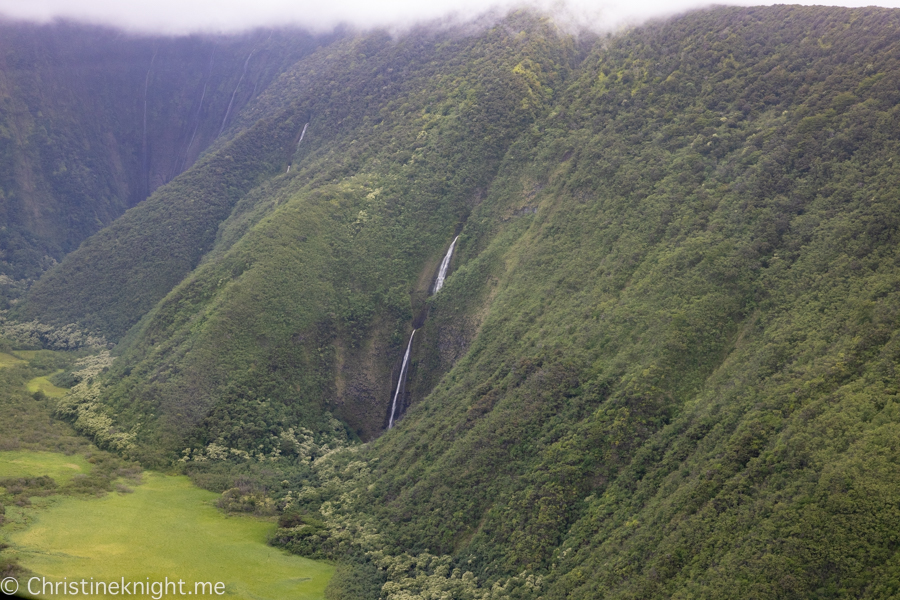 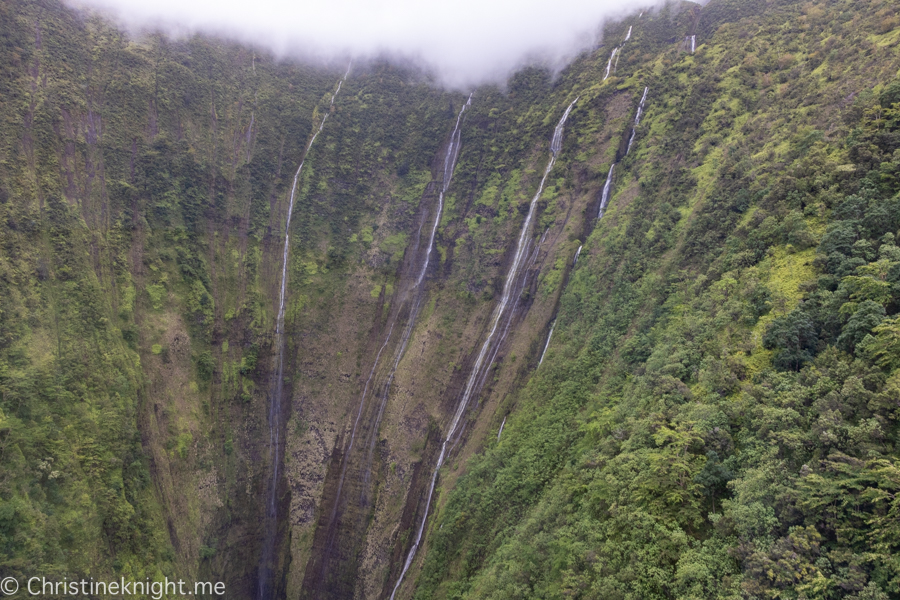 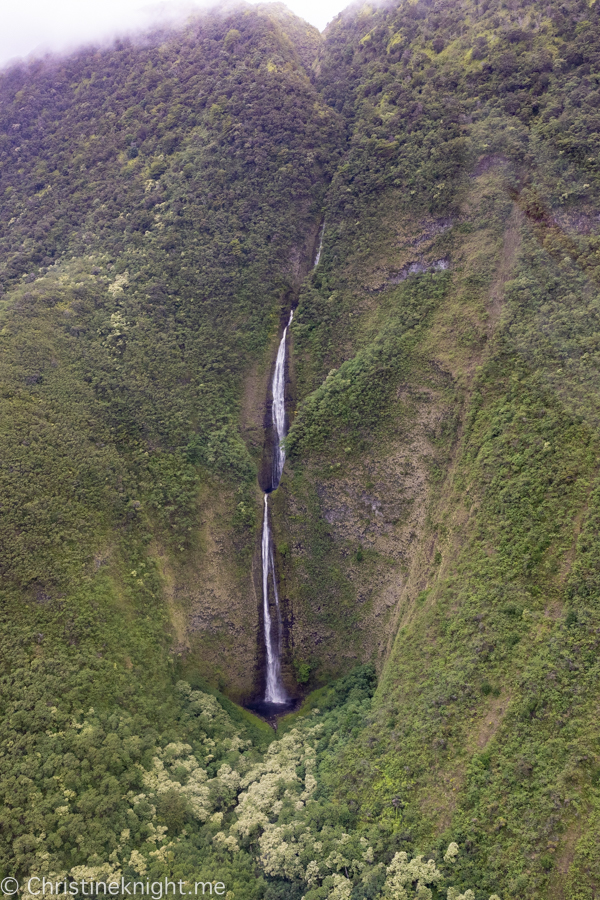 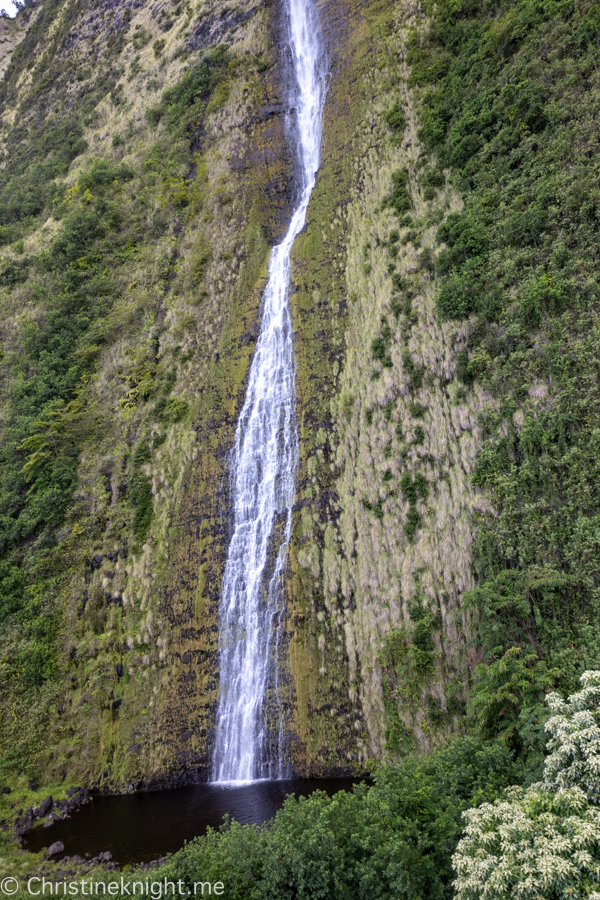 The highlight of the Big Island Spectacular comes at the end – the optional landing at remote, isolated Laupahoehoe Nui, a majestic 1200-ft. waterfall on the Kohala Coast. Landing at the base of the waterfall was very much a Jurassic Park movie moment. 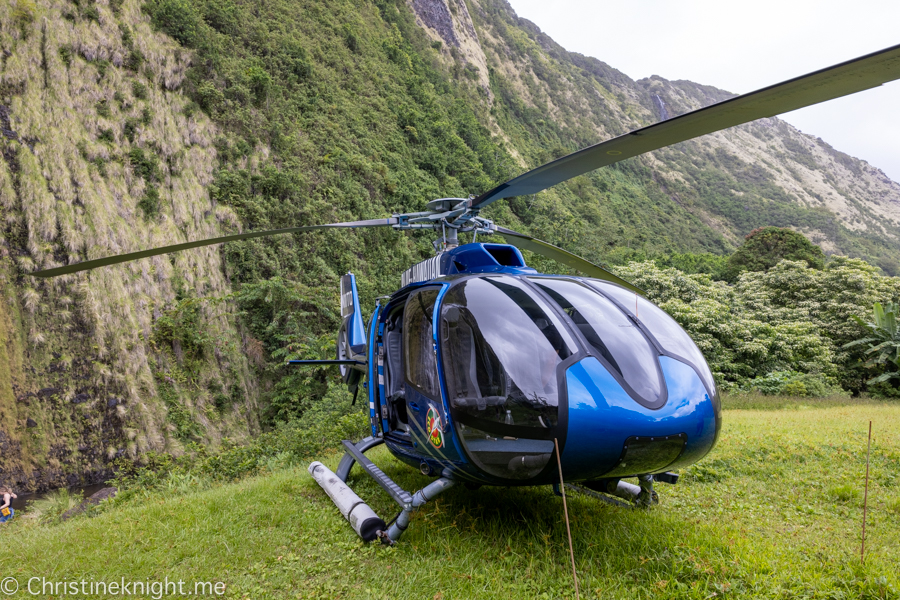 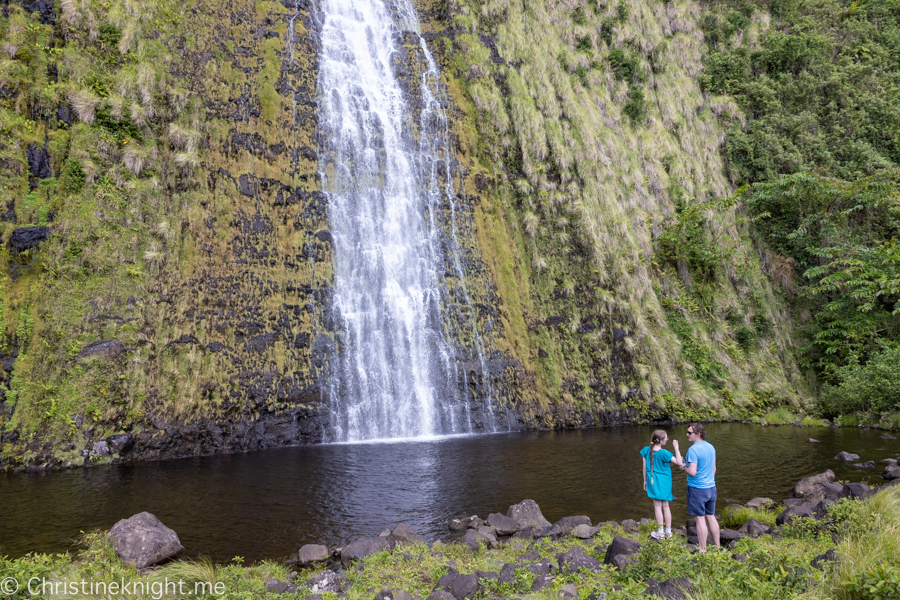 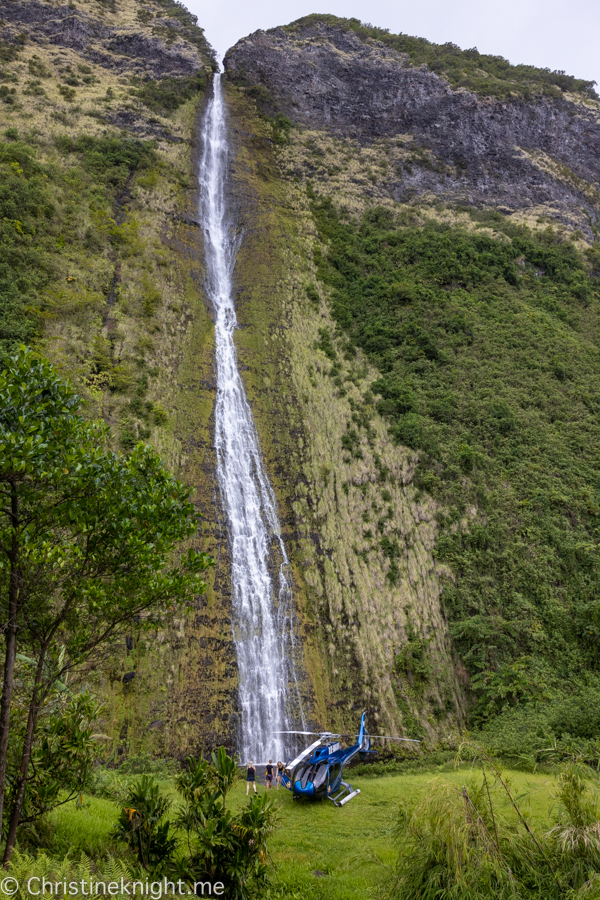 On the ground we had 20-25 minutes to take photos and explore this untouched area before boarding the helicopter again and heading back to base. 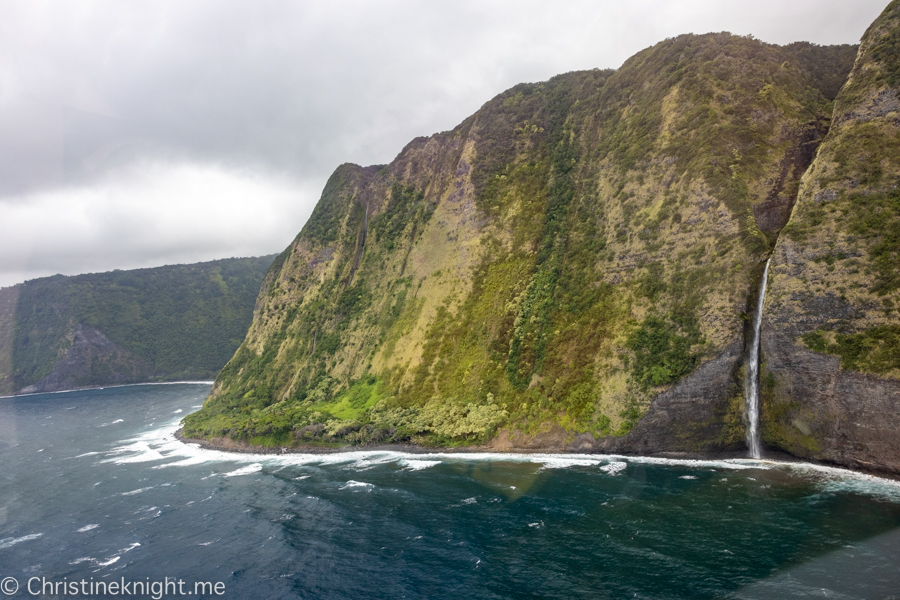 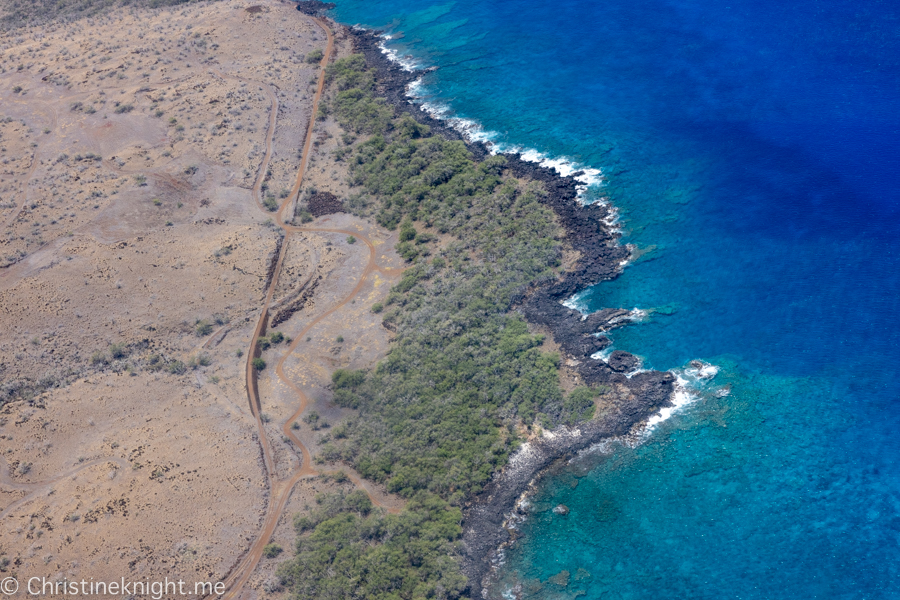