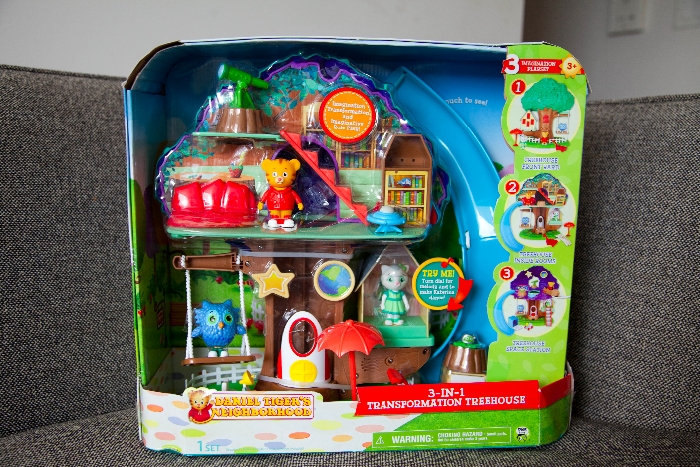 We’re huge Daniel Tiger fans in this household (I MAY be guilty of using Daniel Tiger’s songs in our day-to-day lives (“Problem solved!”). So it was a very exciting day for one little toddler when the Daniel Tiger 3-in-1 Convertable Treehouse arrived. Miss E is really into pretend play and dollhouses right now, so this toy is right up her alley. 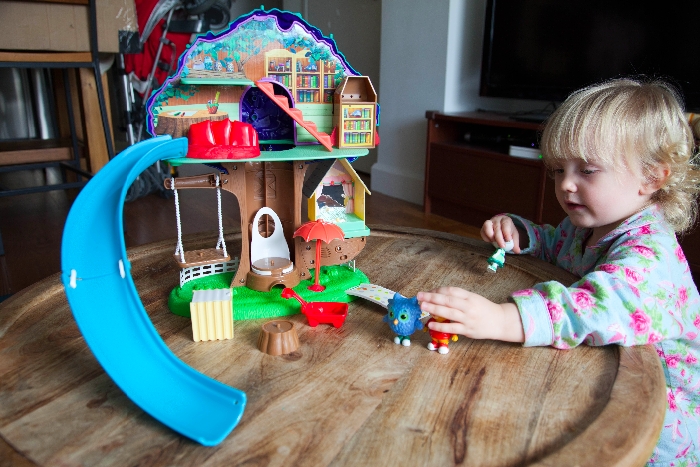 The treehouse arrives set up as above, with three figures  — Daniel Tiger, O the Owl and Katerina Kittycat. Designed to encourage imaginative play, the familiar figures can play with their environment in numerous ways, (The slide! The swing! The stairs!). A rocket in the center of the tree goes up and down between levels, and Katerina Kittycat spins in her bedroom while music plays. Super cute. The pieces all detach and can be aranged however the child decides. 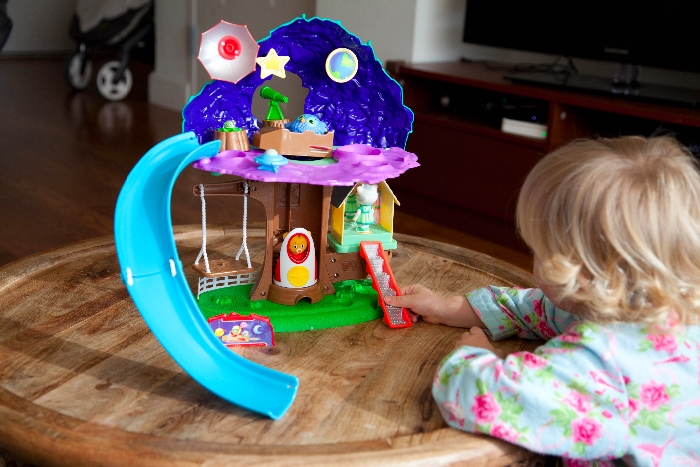 With a few changes, the tree house is transformed into a space station (here’s where the rocket elevator is most fun). 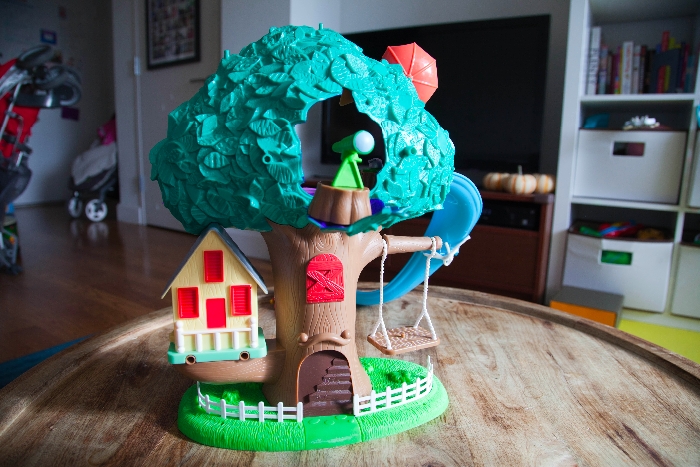 The third playspace is on the other side of the toy — the front yard. A section of the treehouse flips down for Daniel’s telescope.

What I like best about this toy is how interactive it is. There are so many ways children can engage with the treehouse and the characters within it. At $39.95 it’s not cheap, but for big fans of the show, it will entertain for hours (or at least the length of a Daniel Tiger episode), making it money well spent.

The treehouse is also solidly gender neutral. Boys will enjoy this toy just as much as girls. You can pick up your own Daniel Tiger 3-in-1 Convertable Treehouse from stores like Toys R Us.

GIVEAWAY
The kind folks at Daniel Tiger’s Neighbourhood are giving one lucky Brunch With My Baby reader the chance to win their own Daniel Tiger 3-in-1 Convertable Treehouse. Enter via the Rafflecopter widget below.