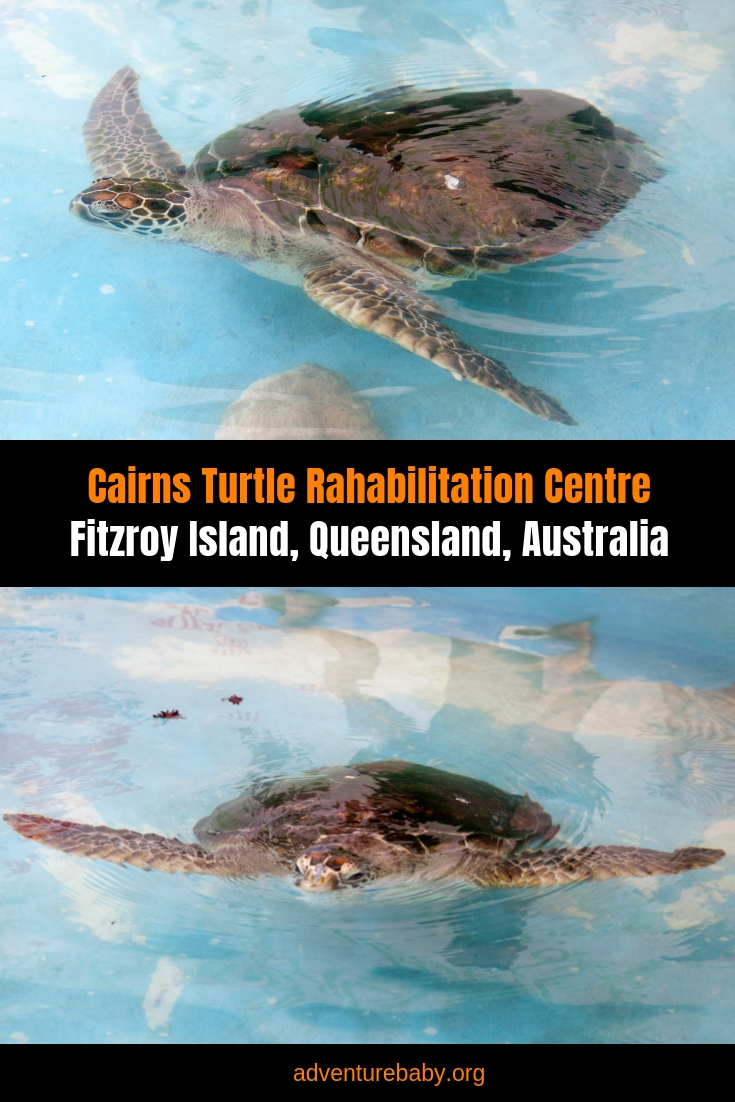 The Cairns Turtle Rehabilitation Centre (CTRC) is located on Fitzroy Island, near Cairns in far north Queensland, Australia. CTRC is a volunteer-run, non-profit organisation dedicated to rehabilitating sick and injured turtles, brought in from the Great Barrier Reef and Cape York Peninsula.

We visited the Cairns Turtle Rehabilitation Centre during our two-night stay on Fitzroy Island. You can read about our stay at the Fitzroy Island Resort here. 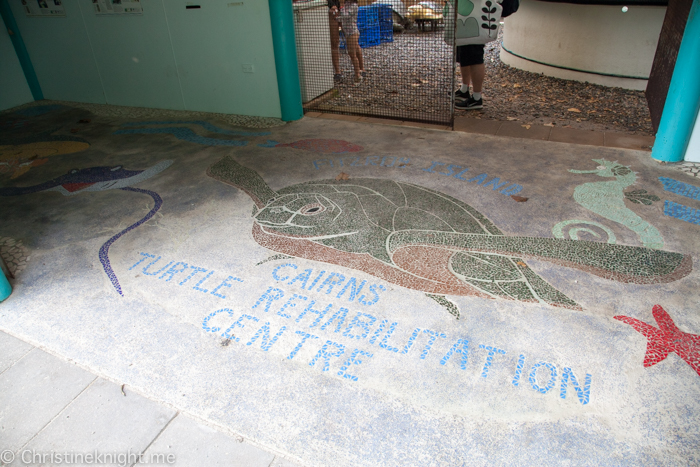 The Great Barrier Reef is home to six of the world’s seven species of sea turtles, many of whom are threatened by natural and human factors. Spoiler: it’s mostly human behaviour that’s harming the turtles. 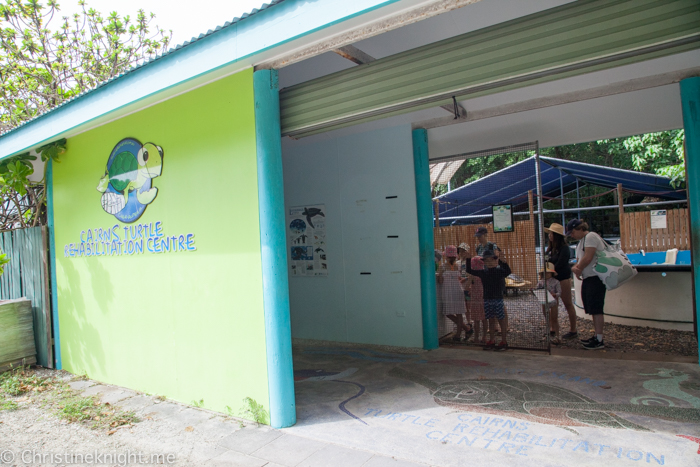 Turtles arrive suffering at CTRC suffering from disease and/or injuries caused by boats, discarded fishing gear or have eaten plastic after mistaking it for food. “Floaters disease” is a very common ailment that turtles are brought in with, where air is trapped between the shell and body, making it impossible for the turtle to dive underwater and feed itself. If not treated, turtles with “floaters disease” either starve or are eaten by predators. There are also a number of turtles brought in from the Cape York Peninsula suffering horrible injuries from getting entangled in discarded fishing nets. The injuries are often so bad that the turtles can’t be saved. 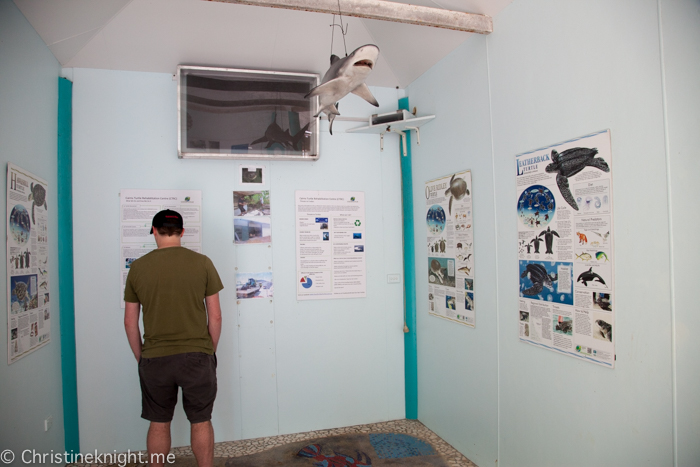 The CTRC has been doing amazing work in its 15 years of operation, with the success rate in rehabilitating turtles and returning them to the wild has improved from 20-30% to ~85%. Satellite tracking of these released turtles has shown that even after long periods of rehabilitation that once released the turtles do well, some quickly covering very large distances in the ocean.

CTRC relies on the generous donations from supporters and volunteers to continue their excellent work. 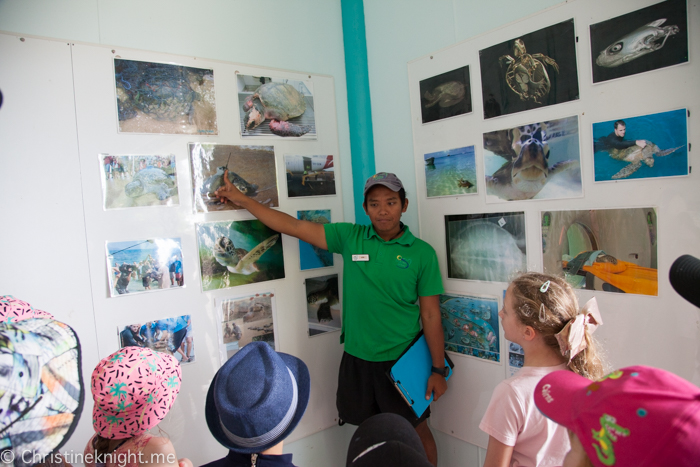 Visitors to Fitzroy Island can take a tour of the CTRC. The tours are limited to 15 people and are available to book on the day of the tour only, once you are physically on the island. Resort guests can book at the hotel reception. Day trippers can book at the General Store. Tours book out extremely fast so make it the first thing you do on arrival if you are day tripping to the island, or book it first thing in the morning if you are a resort guest. The turtles can have “rest” days where the tours are not run, so call Reception on (07) 4044 6700 ahead of booking your trip check that the day you’re visiting isn’t a rest day.

The tours run daily from 1pm, and are approximately 45 minutes in length. Often if the tours are booked out, additional tours are added. Tours cost Cost: $11.50 Adult, $7.00 Child (4-13 years), infants free of charge. 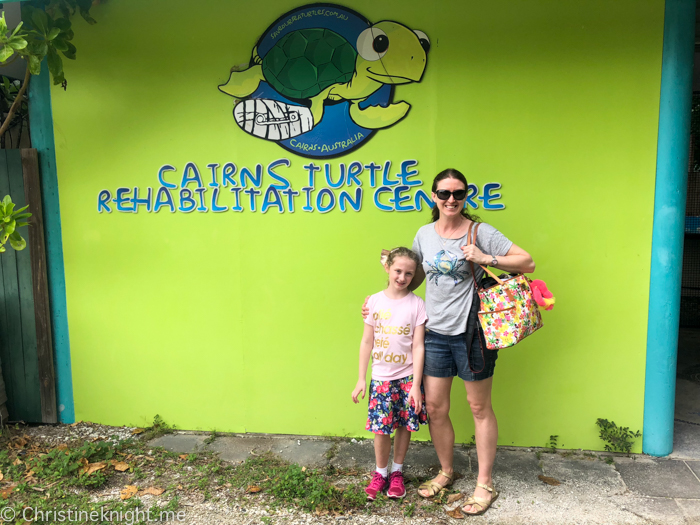 We took the turtle tour and were so glad that we did. We were given an excellent tour by Azri, the resident marine biologist. He gave the group an incredibly educational tour, talking a lot about the reasons turtles ended up at the CTRC and what we can do as individuals to protect the turtles (don’t use plastic, recycle rather than contribute to landfill, don’t release helium balloons). 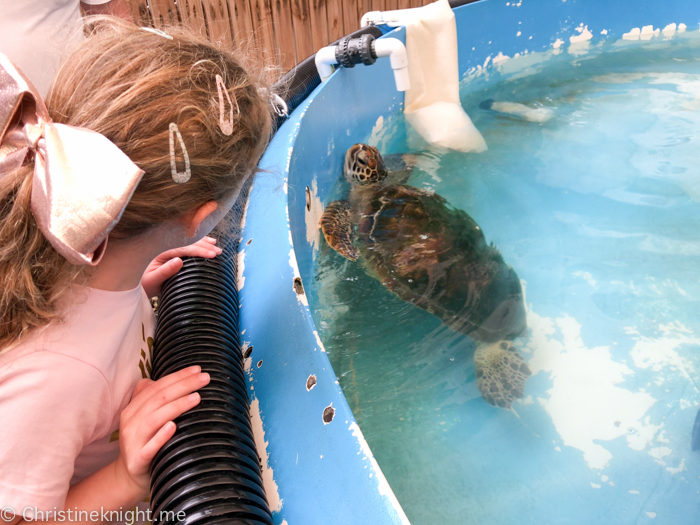 The tour is a fantastic way for kids in particular to learn about how their actions contribute to harming turtles so they can make good decisions as they get older. We learned about the effects of turtles eating garbage – it traps air and makes the turtle float to the surface unable to dive for food and protection, resulting in “bubble butt” or “floaters disease”. 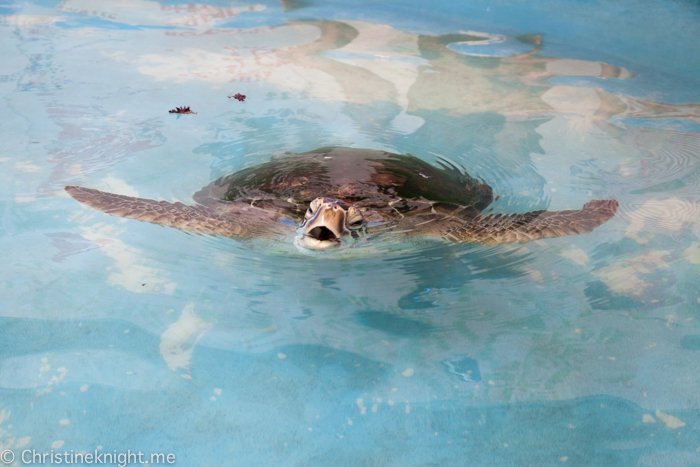 While the situation for our turtles is quite grim the tour is also uplifting and positive as the educational component also focuses on the turtle species and lots of fun facts about them. 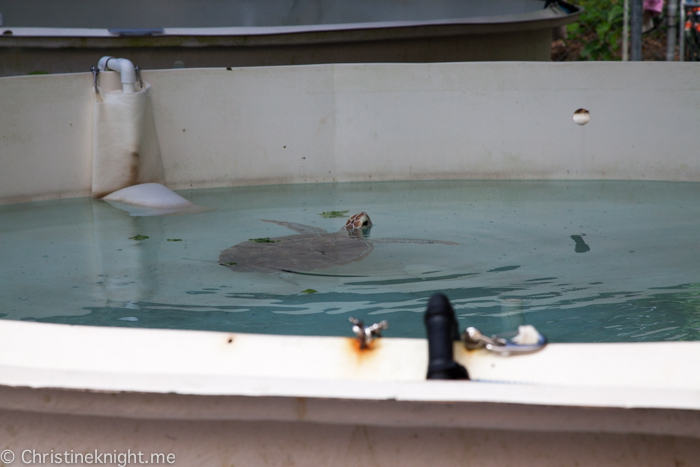 Kids are encouraged to ask all their turtle questions and we learnt lots of interesting details such as how old do turtles get, how big do they grow (Leatherbacks, the largest, grow up to 2m, and green sea turtles are the 2nd largest), where do they lay their eggs (Heron and lady Elliot Islands and how many eggs to do they lay at a time (100!). We learned how to tell male and female turtles apart (males have long tales, females short), and so much more. 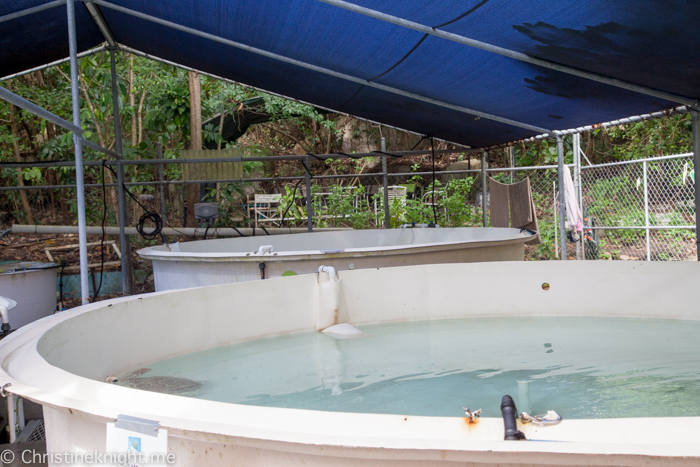 There were seven turtles in the facility when we visited, only only one of which was able to be viewed due to her healthy condition – she was almost well enough to be released back into the wild. 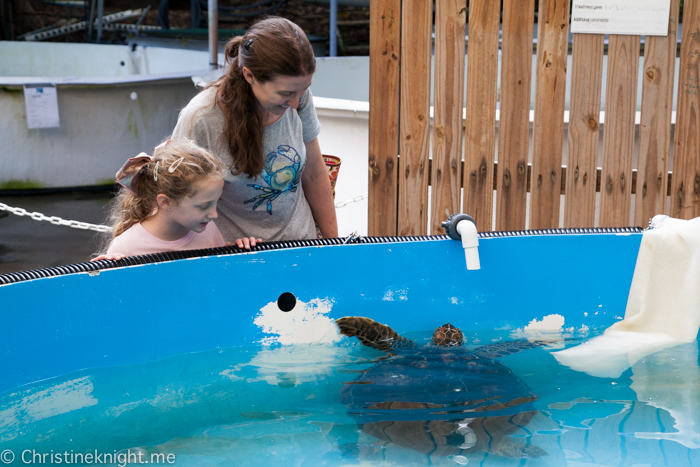 At the end of the tour kids get a special certificate to take home and remind them of their tour and to be a good turtle ambassador. It was an eye opening experience for us adults on the poor situation for turtles, as well as extremely interesting for the kids – particularly the older ones. 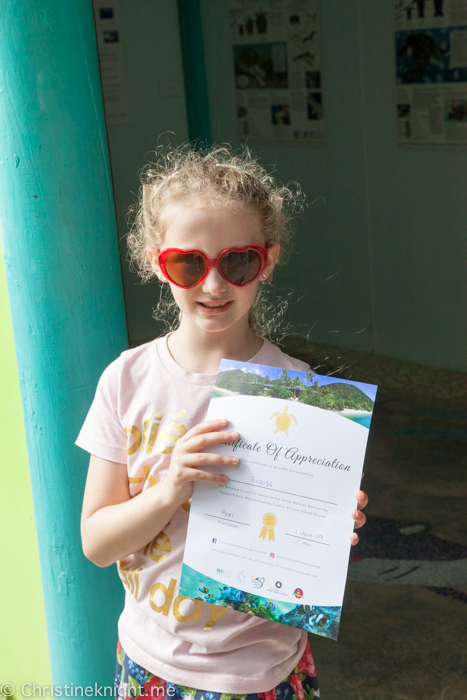 Note that there is a lot of talking and listening required on the tour and nothing in the facility to be played with. Turtles can’t be touched! I would suggest the tour for kids maybe aged 6+ or younger if they have good listening skills and won’t get bored from all the talking. 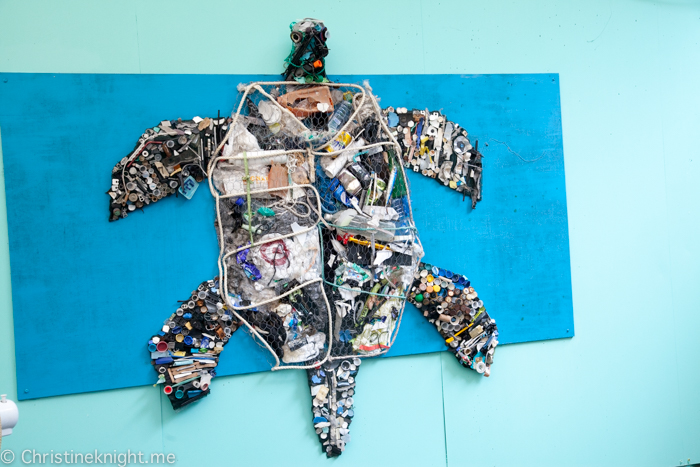