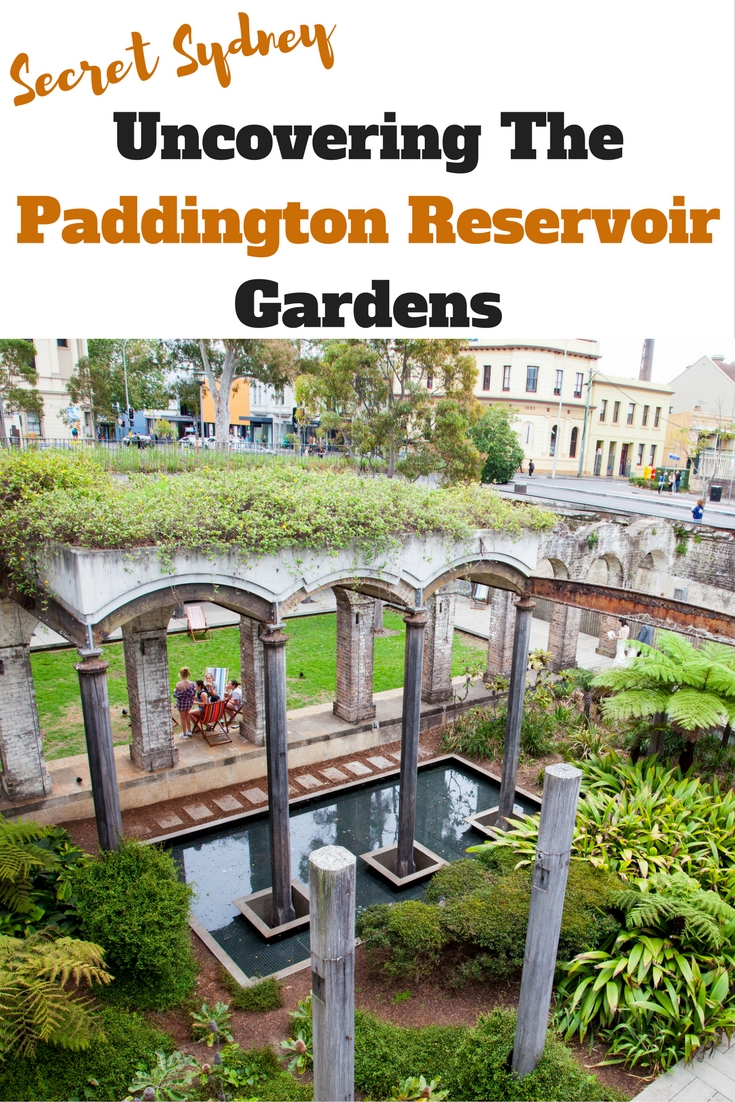 If you didn’t know it was there, you would walk straight past this unique slice of Sydney history, situated on busy Oxford Street, Paddington. I have actually walked past the Paddington Reservoir Gardens hundreds of times myself and never noticed the signs or just looked down! 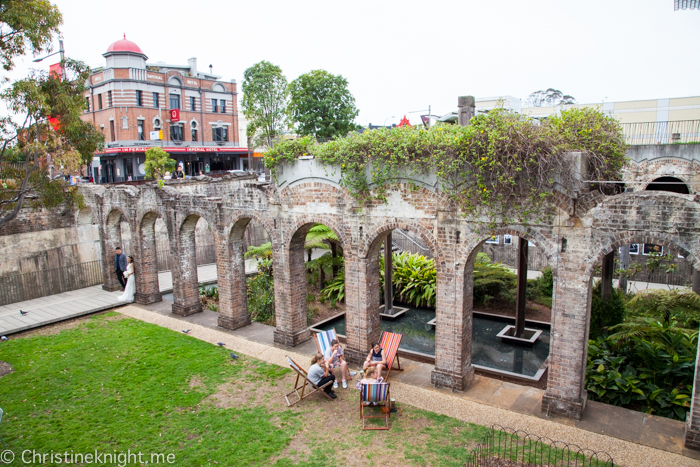 Paddington Reservoir Gardens is an award-winning location in Sydney’s east. It was completed in 1864, created as part of Sydney’s third water supply to contain water pumped from Lords Dam at Botany Bay. 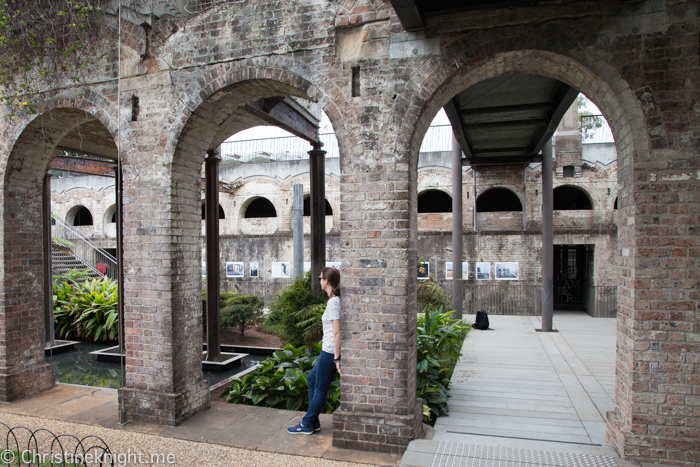 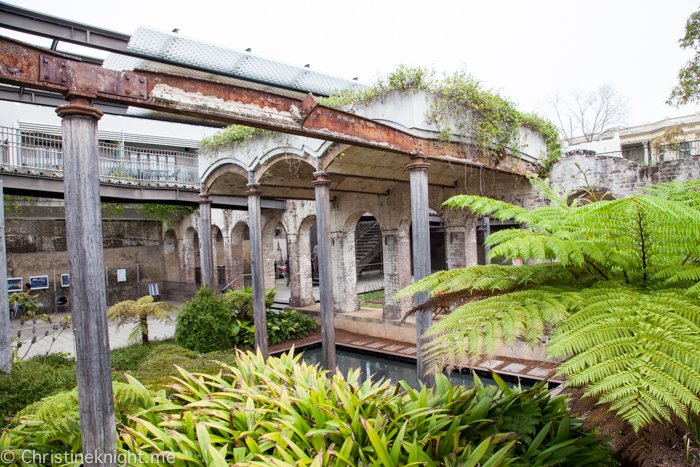 After a roof collapse the reservoir was closed off and inaccessible until its regeneration project, opening in 2009 following major renovation and landscaping, which also  included the surrounding the Walter Read Reserve and John Thompson Reserve. 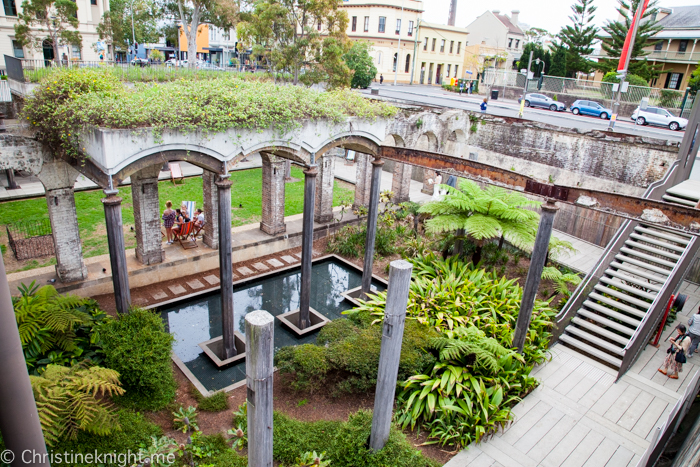 The restoration project salvaged as much of the reservoir’s original framework and materials as possible, fusing them with contemporary and sustainable elements.

The garden contains wide boardwalks and green spaces free for the public to use. Pull up a deck chair or lie on the grass with a book. It’s a quiet spot in an otherwise very busy part of Sydney. 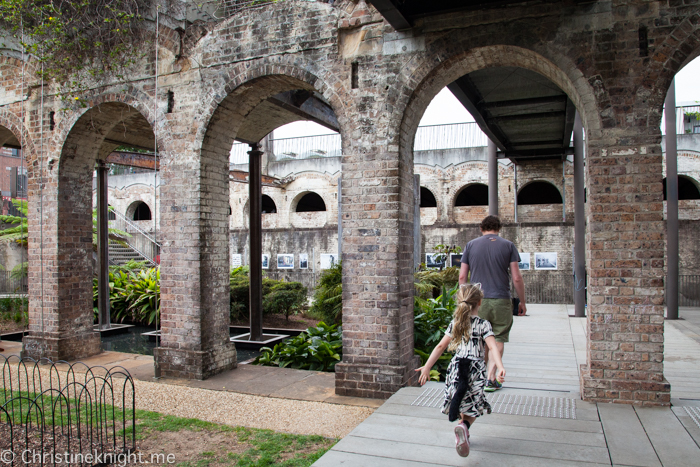 The gardens are accessible and entry is free. There is an elevator from the top that takes you directly down to the boardwalk. Bus routes 378, 382 and 380 stop nearby. 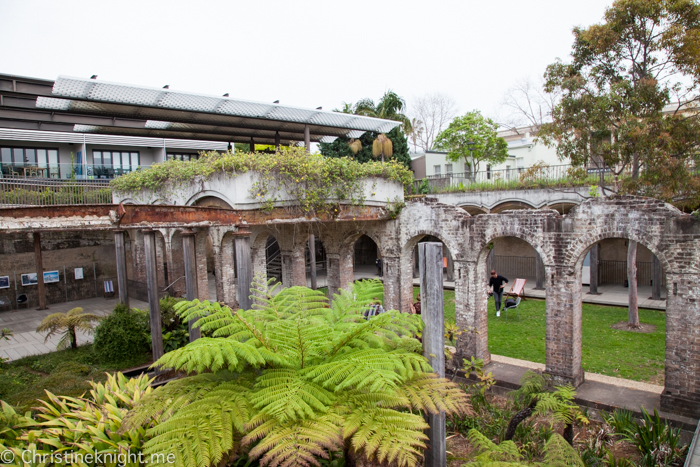 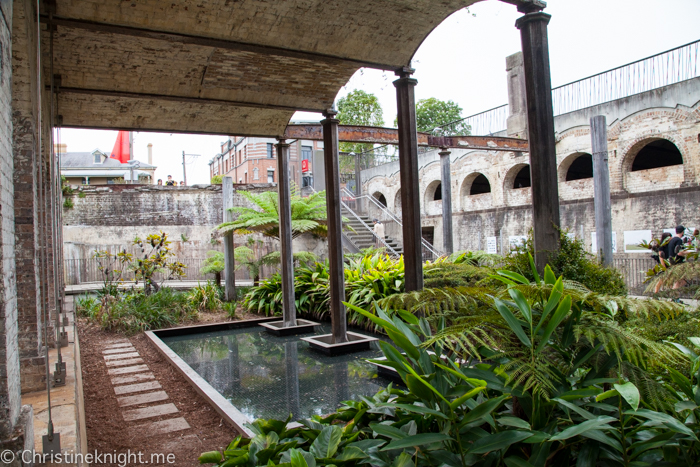