Alec and I saw the National Theatre of Scotland perform Black Watch today as part of the Sydney Festival. The play came with rave reviews, so I went in with high expectations. It was lucky for me that the show really followed through. It was powerful, poignant and creative. I’ve never been touched by a play quite like I was by this one.

Black Watch tells the story of Scotland’s Black Watch Regiment, particularly focusing on their deployment in Iraq. The play reveals the harsh reality of the “war on terror” and the effects it has on soldiers mentally, both on deployment and when they come home and try to fit back into society again. I loved not only the content, but the creative staging. It’s an absolute must see. 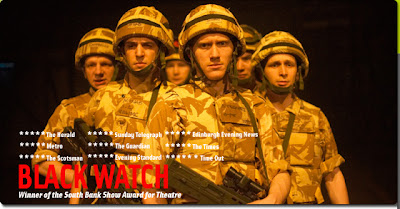 After the play, we went to Go Organic on King St, Newtown, for late lunch. I left my camera at home, so these pics are taken with my trusty iPhone. 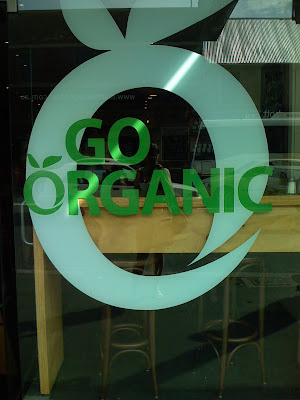 It was super expensive, but really tasty food. Hopefully the cost is improving me on the inside!

My muesli with yoghurt and berries, and mango yoghurt smoothie. 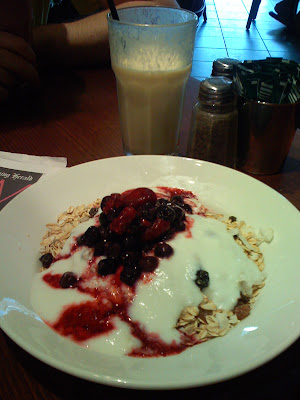 Alec with his berry yoghurt smoothie. 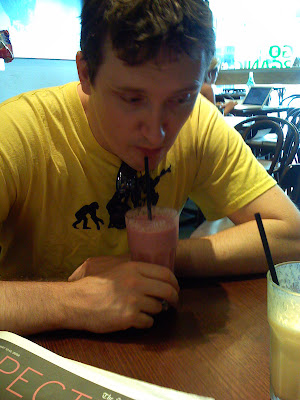 Taking time out on a Saturday afternoon. 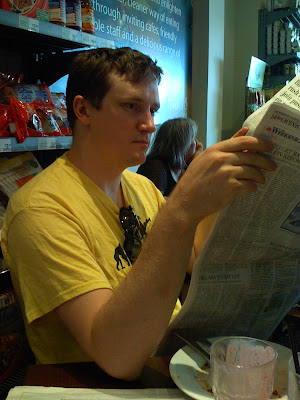