Lisa and I have been dying to see this uber-girlie movie, so we met up in Chatswood today for a gossip session and emo movie fest.

Enchanted is such a Disney movie. It starts as a cartoon – very typical Disney, with a singing prince and princess and cute animals. Giselle and Prince Edward meet and fall in love. Edward’s step-mother doesn’t want Edward to marry and take the crown from her, so she sends Giselle to a place where there are “no happy ever afters”, which turns out to be New York City.

Giselle is completely lost and doesn’t understand the world into which she fell, so it’s very fortuitous when she runs into Robert (played by McDreamy – Patrick Dempsey) and his daughter.

While Giselle is trying to find her way home and adjust to life in reality, Prince Edward comes to NYC as well to find his “true love”. Some of the best moments in the movie come in these moments – with Giselle cleaning the house with the help of rodents and Edward riding on top of a us and stabbing it, to “kill the beast”.

Will Giselle get home? Will she even want to? A completely adorable fantasy movie that put me in a very cheery mood. 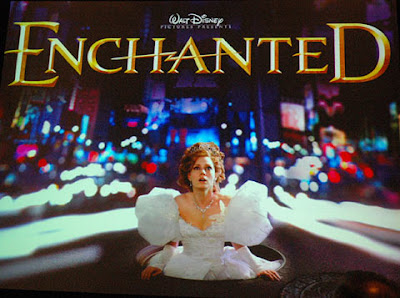 After the movie Lisa and I went to San Churro for … churros!

I tried a shake this time – a chocolate shake with cookie bits in it. It was delicious! 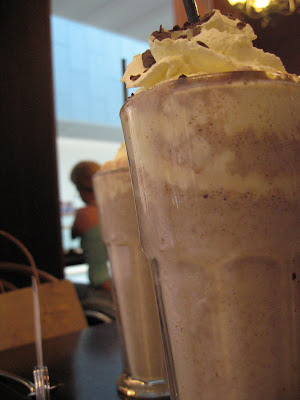 Churros with caramel dipping sauce. It was divine and even better than the chocolate. It had real caramel, rather than that sugary fake caramel that I loath. Yuuummmm! 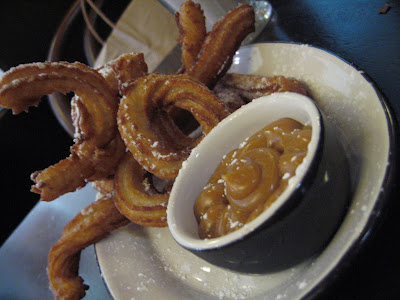