Kauai is a small island. You can drive from one side to the other (on the one main road they have on the island) in an hour.

We took a drive along to the end of the highway, along the Coconut Coast and North Shore, stopping along the way at anything looking interesting. It was a gray, rainy day, but fortunately the sun came out sporadically enough that it was still a great day for our hike at the end of the road.

The USA is famous for their fruit pies – and we happened upon a little cafe in Princeville that sold slices of blueberry pies that made Alec exclaim in happiness – much to the amusement of the waitress who had never seen anyone so happy to buy pie before. 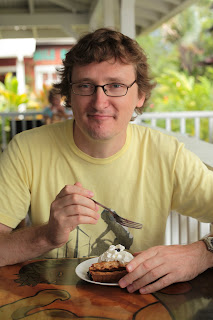 One very happy camper.
Princeville is in the shadow of mountains, which makes for a very dramatic landscape. 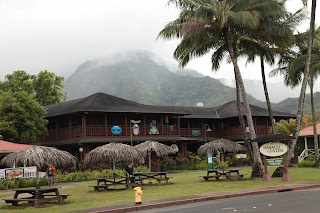 Just your average, run-of-the-mill location …
A short drive past Princeville we came to Ha’ena Beach Park, where we saw this amazing view… 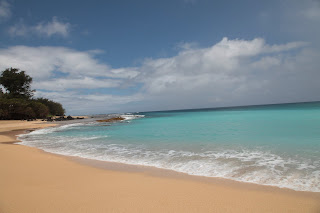 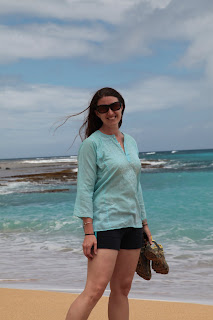 Across the road from the park is the Manini-holo dry cave, one of several sea caves located in the area. The cave, which is about 300 yards deep, used to be much larger but the 1957 tsunami partially filled it with sand. 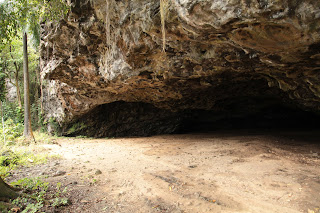 It doesn’t look so big … 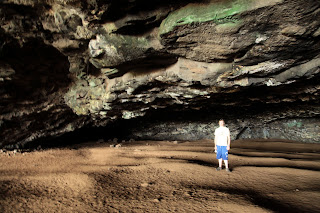 Amazingly huge. The roof and walls have beautiful colours and details.

A little further down the road is the Waikanaloa Wet Cave. 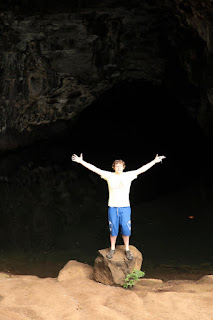 We decided on a hike, despite the bad weather. We’d heard great things about the Kalalau Trail, which starts at Ke’e Beach and leads to Hanakapiai Beach. You can continue the walk further, but the mud from the rain made it a really difficult hike so we just walked the 3.2km to the beach and back again. 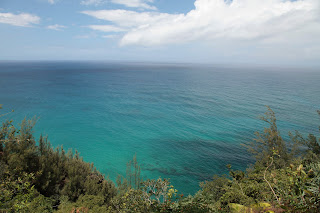 View along the hike. 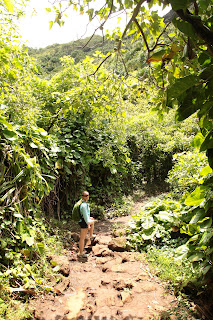 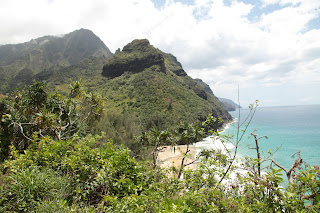 Our final destination comes into view. 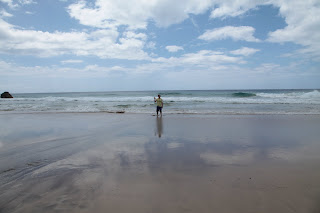 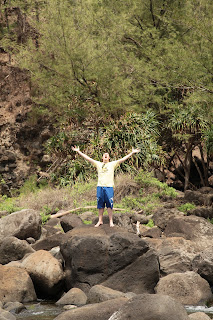 Alec has no idea this is the last photograph in which his 3rd pair of Oakleys will appear. Shortly afterwards, Alec took his shirt off, dropping his sunnies into the stream. 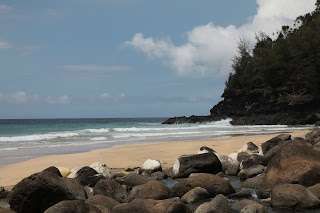 The beach is only accessible via the walking track, making for a peaceful destination. 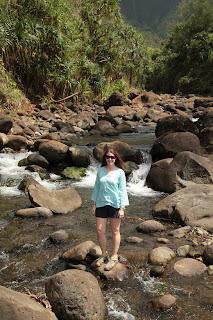 Navigating back over the steam out of paradise.