Around 90% of Kauai isn’t accessible by land, so the only way to see it is with a helicopter flight. We decided to take the Jack Harter Helicopter tour because they flew a Hughes 500 with the doors off for maximum photo greatness. I was incredibly excited about taking photos from the air – only to find myself squished in the worst possible seat because I was the lightest person on board – between a fat lady and the pilot, which left my arms pinned in a position like a T-rex. I put Alec in charge of the camera and enjoyed the view. 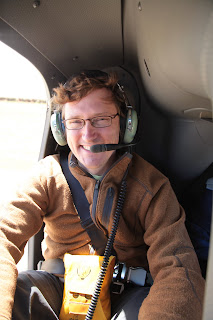 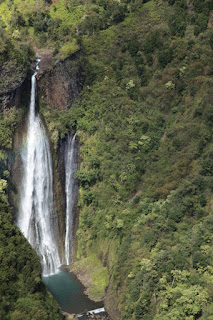 The waterfall in Jurassic Park … 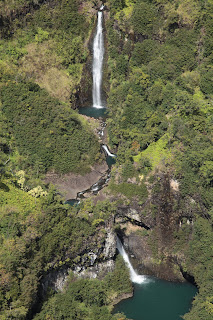 … is tiny compared to some of the other falls on Kauai!
Kauai is known as the garden island because of the lush landscape and tropical waterfalls. It is home of the wettest spot on Earth, as well as Waimea Canyon, known as the Grand Canyon of the Pacific. While smaller than the Grand Canyon (it’s still massive, mind you), I think it’s actually more beautiful. 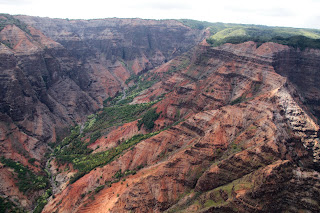 The amazing red soil.
Kauai is also famous for the Na Pali Coast – a stretch of coast that you can also only see by air or boat. It’s also stunning – cliffs, canyons, set against turquoise water. 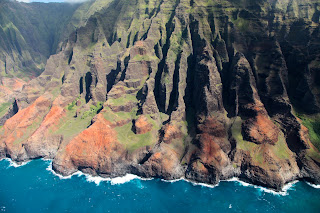 Part of the Na Pali coast. 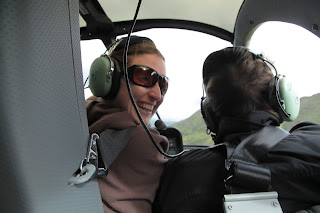 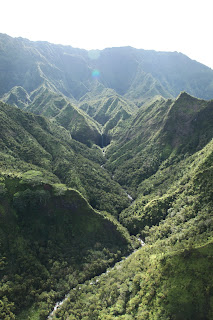 More lush valleys. Is there a dinosaur in there? 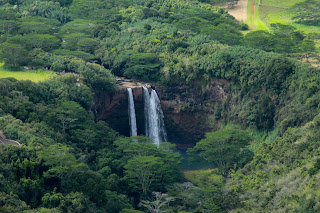 Last waterfall of the flight – we visited it on land not long after. 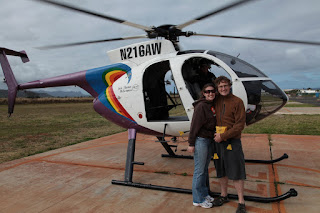 We had a particularly lovely sunset that night – amazing lighting for a few photos. 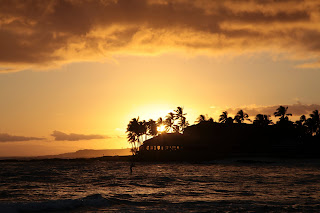 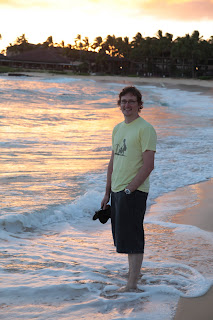 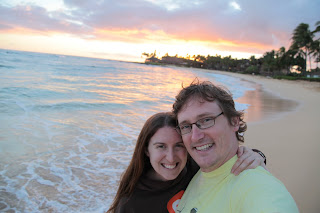 Do we have to go home? Really?