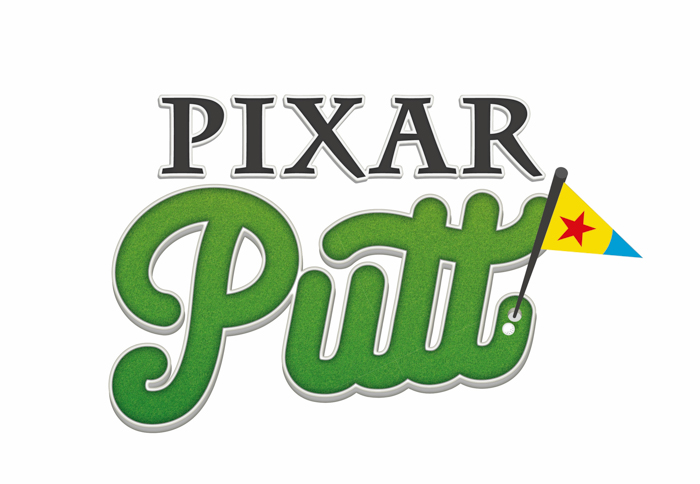 Tee off with Woody and friends at the pop-up mini golf experience, Pixar Putt in Darling Harbour, Sydney.

After making its successful worldwide debut in Melbourne in January 2019, with over 25,000 enjoying a round of Pixar Putt, now Sydneysiders can have a try at Pixar Putt in Darling Harbour from Saturday, 6 April to Sunday, 12 May, 2019. 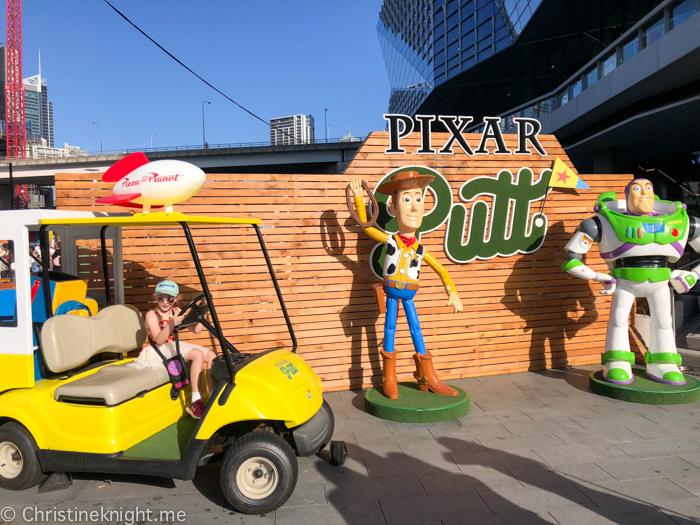 Tickets are now on sale for the attraction. Due to Pixar Putt’s popularity, it’s highly advisable to book a session in advance. 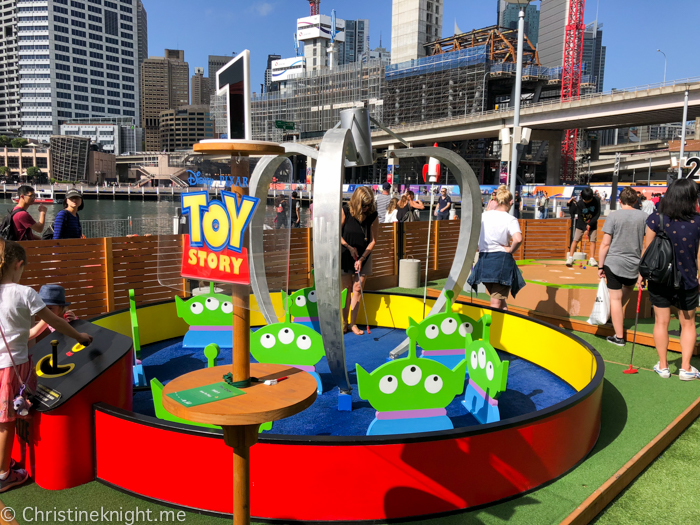 Pixar Putt was inspired by beloved stories, characters and icons from some of Disney-Pixar’s most iconic films including Toy Story, A Bug’s Life, Finding Nemo, The Incredibles, Ratatouille, Wall-E, Inside Out and Coco. 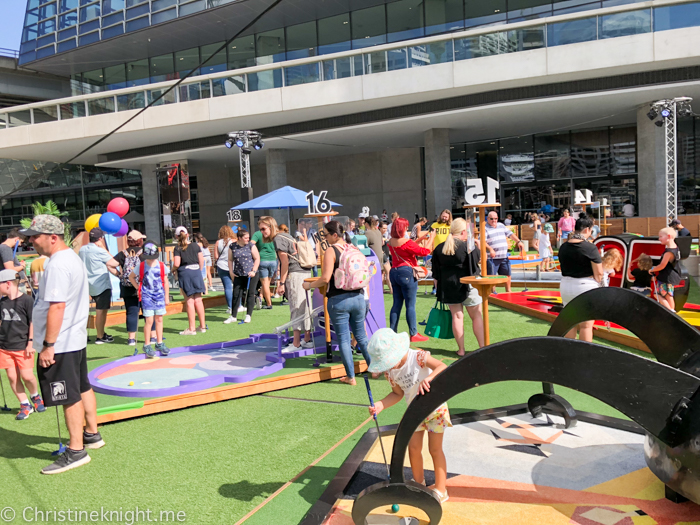 It is located at the ICC Forecourt next to Harbourside, Darling Harbour, where guests can choose between playing 9-holes or the full 18-hole course. We chose 18 holes and it took us almost 2 hours to complete the course on a busy day. Bring a hat, sunscreen and water as the weather has been hot as hades. 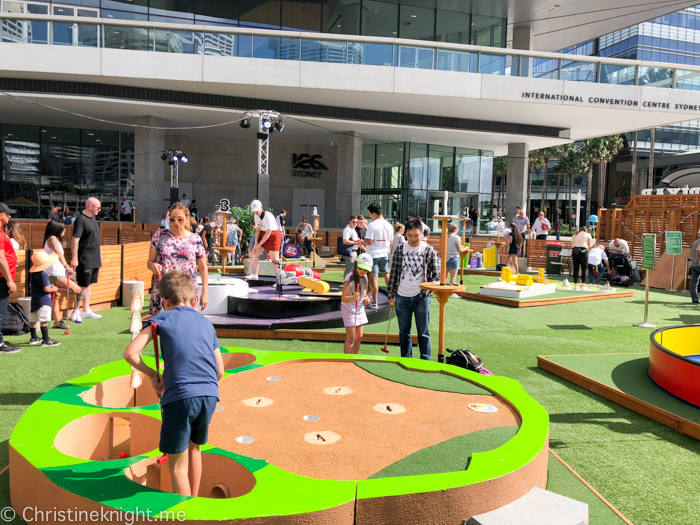 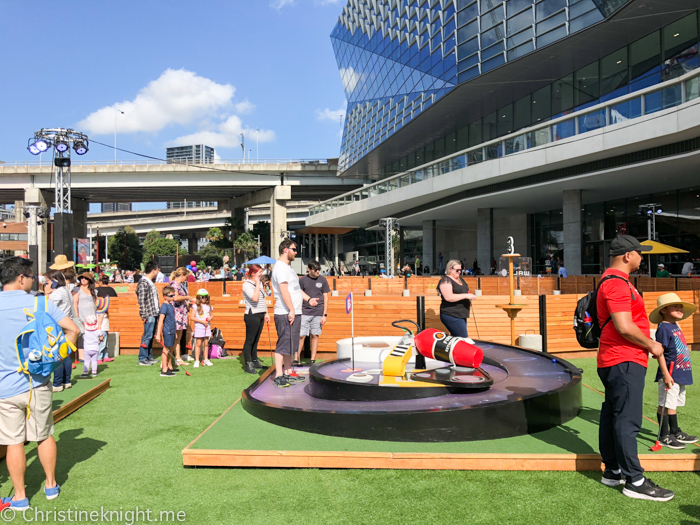 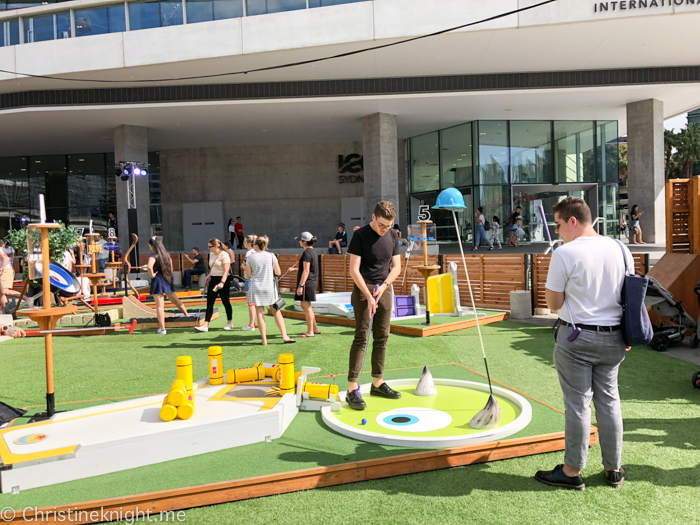 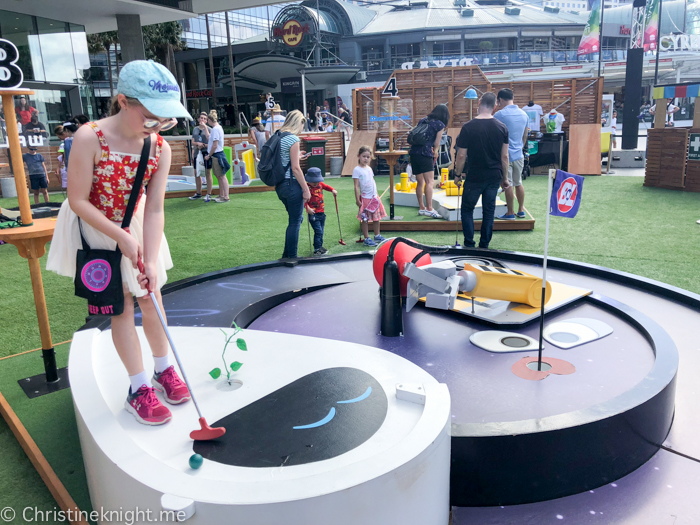 There are also adults only “After Dark” sessions on Friday and Saturday nights from 7pm-10pm. 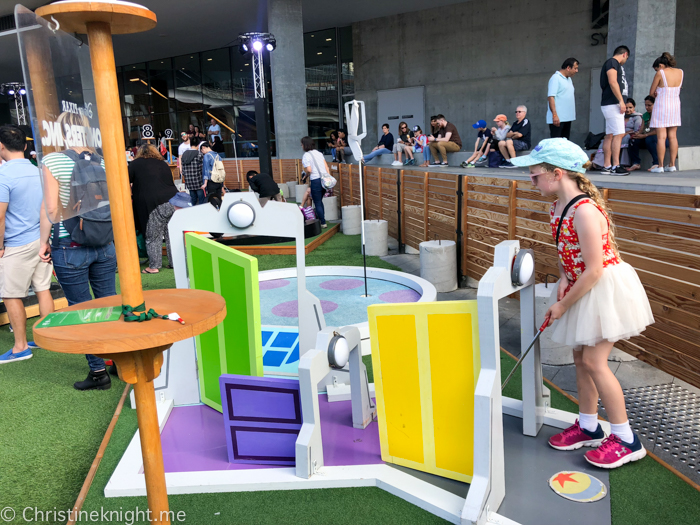 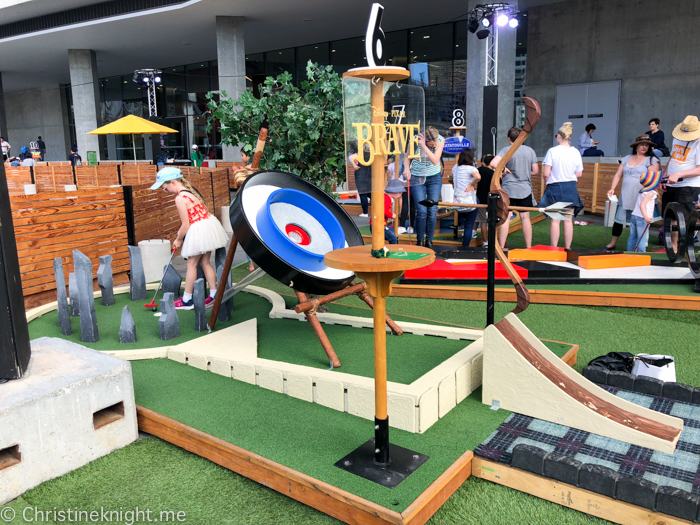 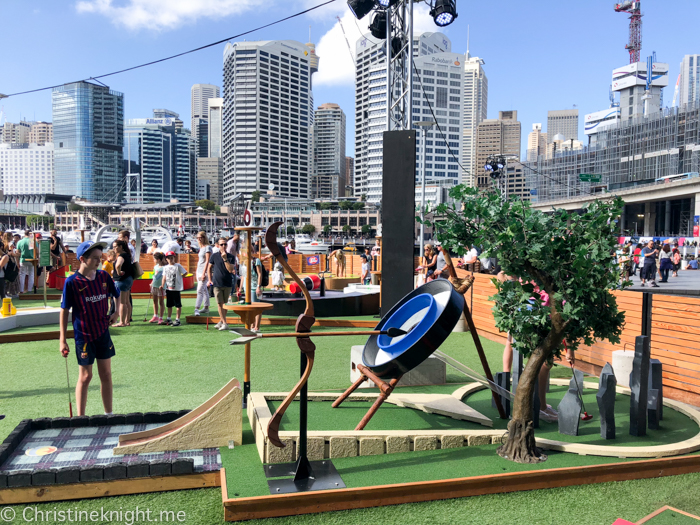 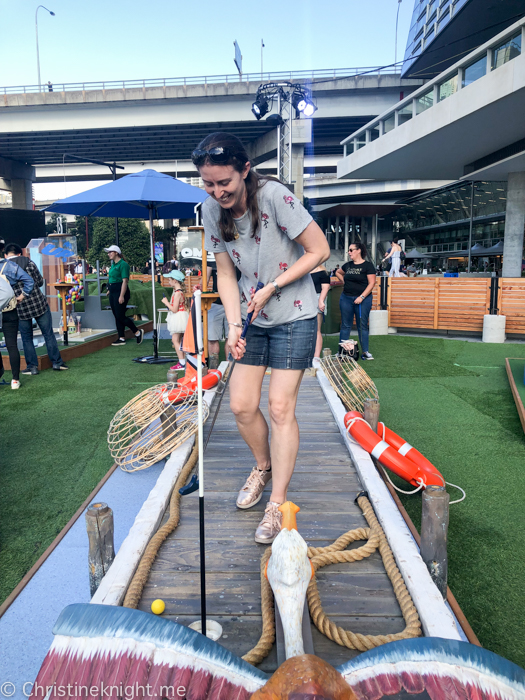 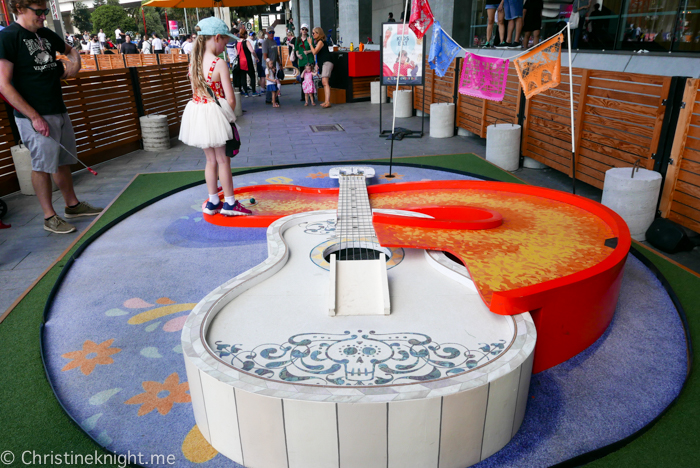 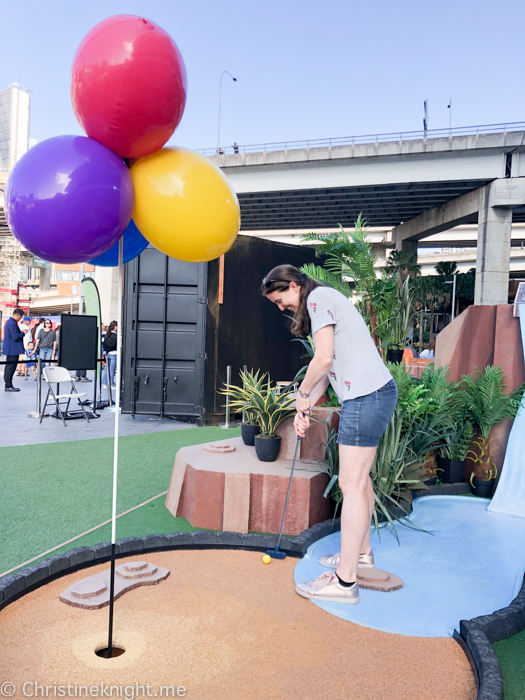 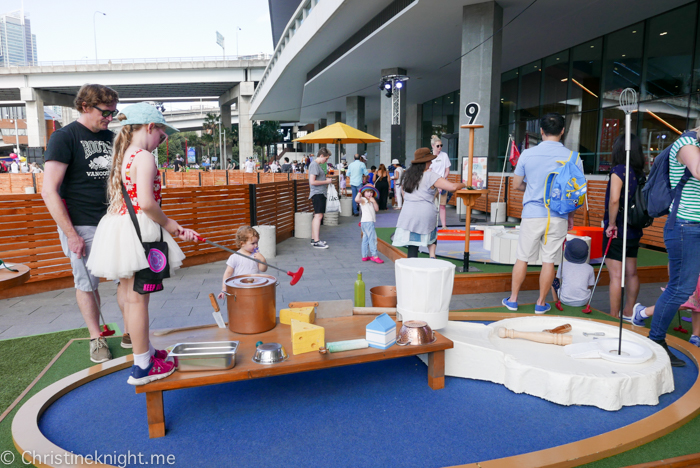 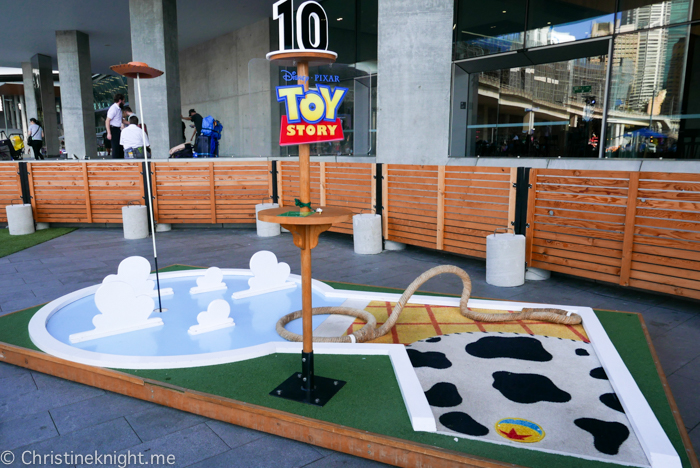 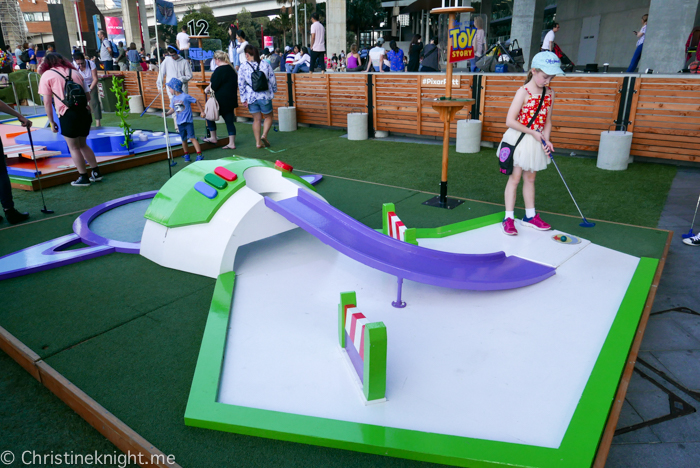 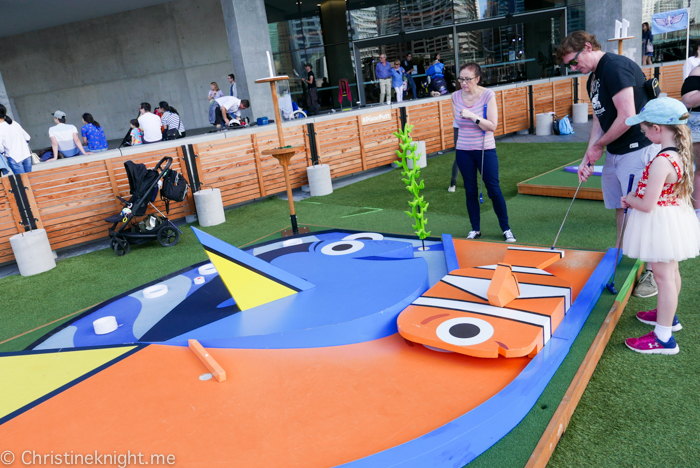 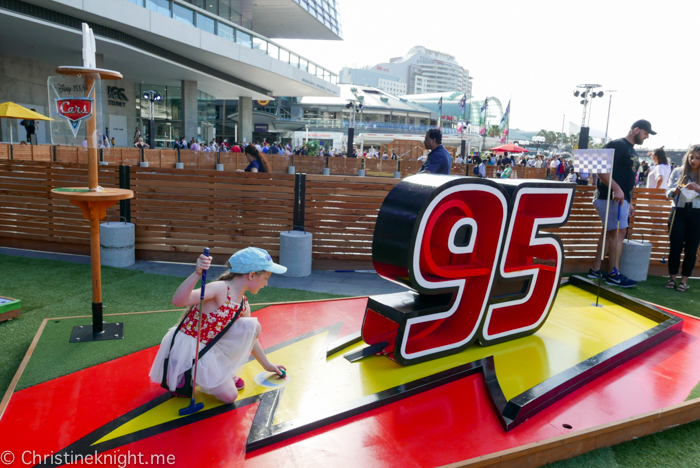 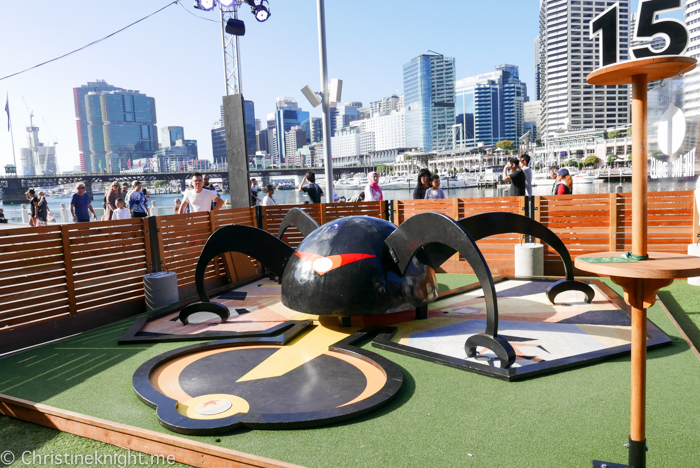 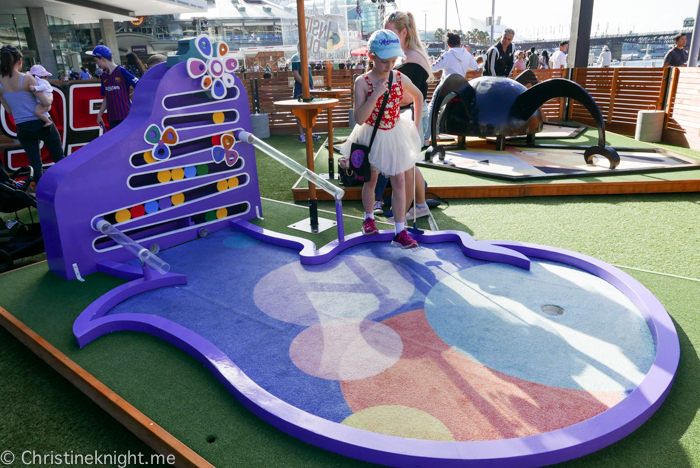 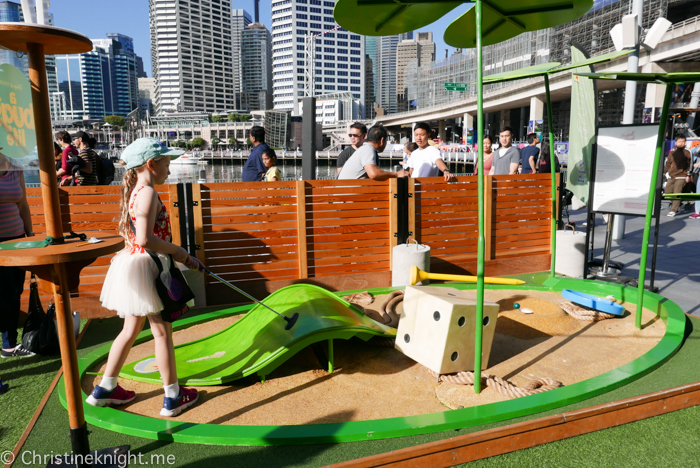 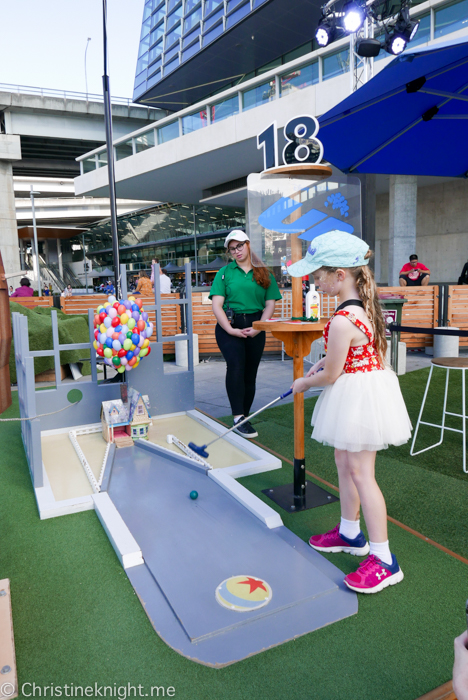