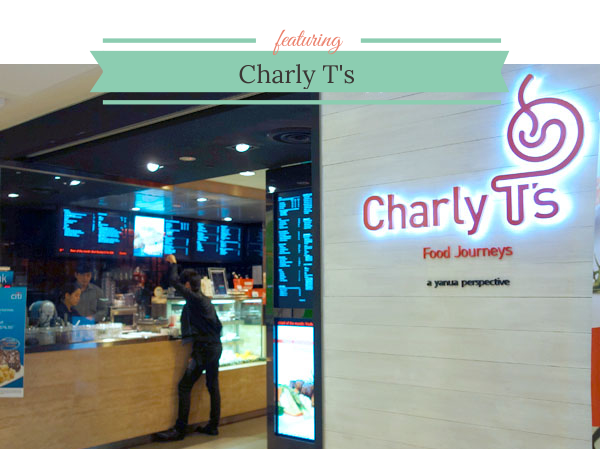 I very rarely order roast chicken when we go out – for the simple reason that, more often than not, the chicken comes out pretty dry and tasteless. Actually in general, I never order chicken in restaurants.

So I was really interested when I heard that Charly T’s specialised in rotisserie chicken!

I was really surprised to discover that it’s not just rotisserie chicken that they serve, but a whole variety of dishes from around the world. It kind of makes it hard to decide what to get 😉

The interior of Charly T’s is welcoming and family-friendly, with lots of high chairs and an outdoor patio area with a large TV screen. But the calling card is the play corner.

My kids made a BEELINE straight for it! 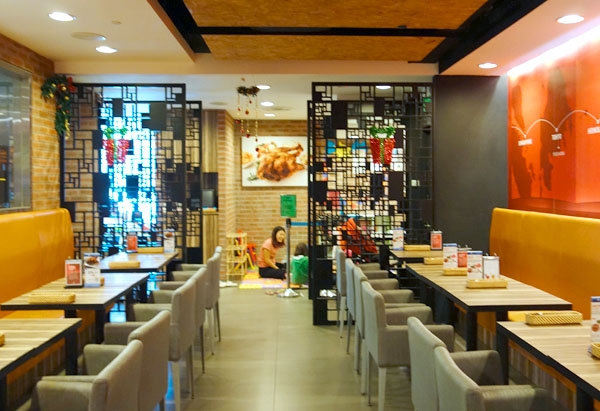 On one Sunday a month, Charly T’s hosts a full-blown kids event with an instructor…. FOR FREE. Kids are eligible when accompanied with dining adults. Not trying to sound stingy or anything here.. but any place that keeps my kids occupied for a good our for free is tops in my books!!

This month, the activity was “instrument making”.

It was a really simple concept and used simple craft materials, but was such a good idea and one that I’d never thought of before. The kids happily decorated the backs of 2 paper plates, stapled them together so they formed a drum/tambourine, and threaded through large bells to make them jingle-jangle. What a hit it was!

Chris was a champion and guided both kids through the craft making  – though if your kids are a bit older, they can just be left there whilst you eat in peace. 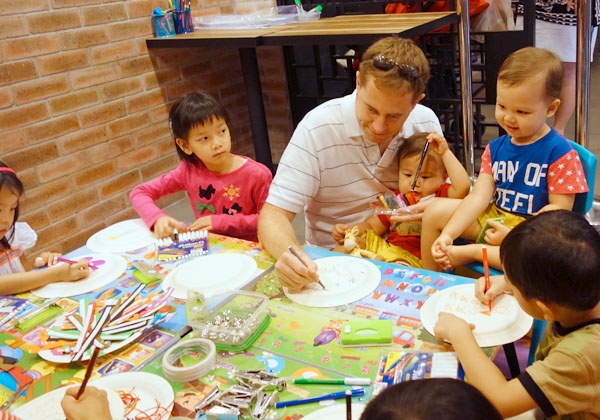 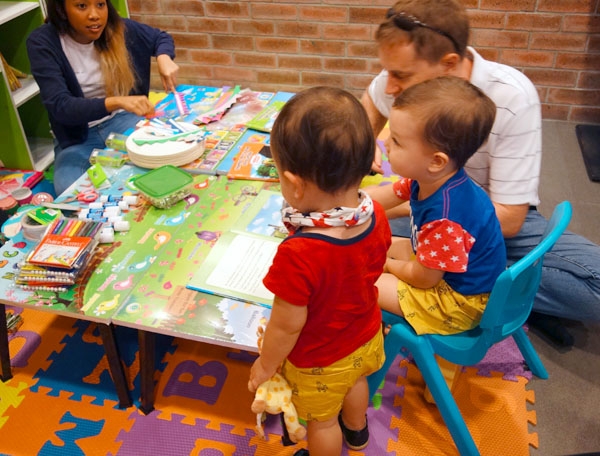 After that, we relaxed with an Iced Latte and Iced Lemon Tea.. whilst the kids played around the area for a bit and shared a freshly-squeezed Green Flash juice – Green Apple, Orange, Pineapple ($7). 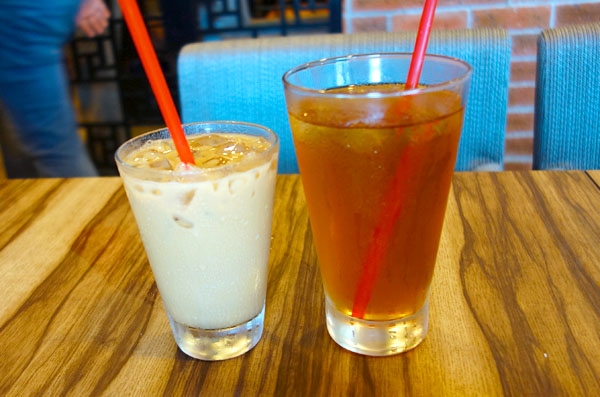 Of course, we had to try the Rotisserie Chicken with 2 side dishes ($14.50)! We were told that they pride themselves on chilled, never frozen, chickens that are marinated for over 12 hours before they are slow-cooked Rotisserie-style. Mmmmmmm……..

The meat was plump and tender, and I liked how crisp and smoky the skin was. But most of all, I thought the sesame (I think?) dipping sauce it came with was excellent. The kids loved it smothered all over their chicken! Speaking of which, both kids pretty much ate half the chicken each. I was kinda impressed. 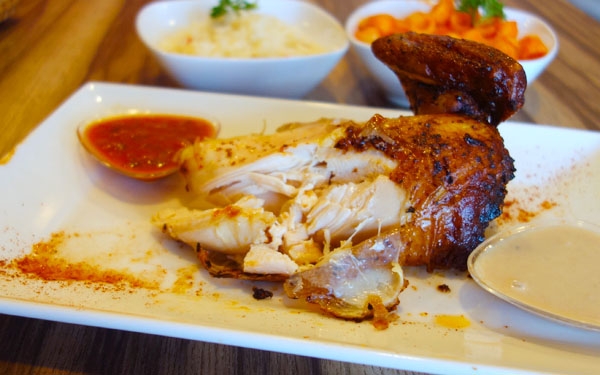 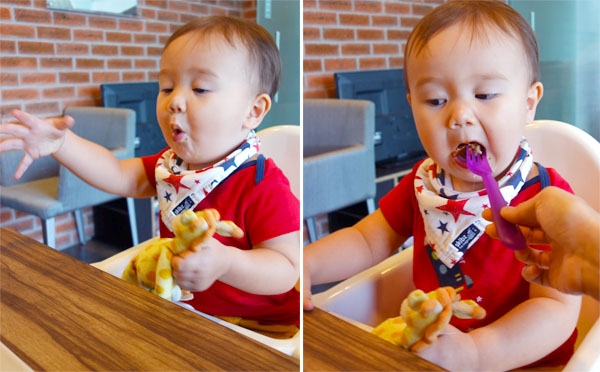 Our two side dishes was the Garlic Rice, which was full of flavour and a total must order, and the Macaroni and Cheese, which I liked but wasn’t kid-friendly for my kids as it has a mild peppery flavour due to the red peppers in the sauce. It’s a healthy version of mac and cheese, by the way, which uses less cheese and incorporates cauliflower into the sauce, but is still very tasty. 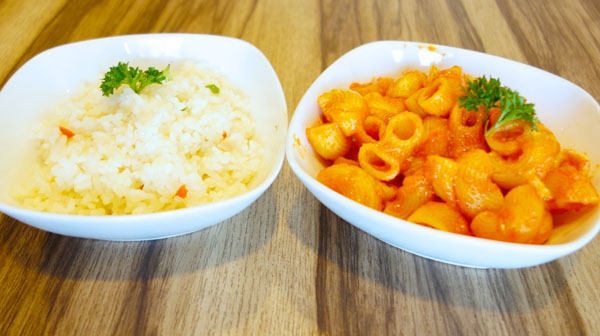 I insisted on the Kansas City BBQ Pork Ribs($22) because saying “no” to pork ribs when they’re on the menu is criminal. They were meaty and tender, but still had ‘bite’. The meat was mostly lean, which I appreciated, and the BBQ sauce wasn’t too rich or sweet. I swapped my Vegetables side dish for German Potato Salad, and I’m so glad I did, because  the warm potato salad was delicious because it came with lots of bacon bits studded through it. 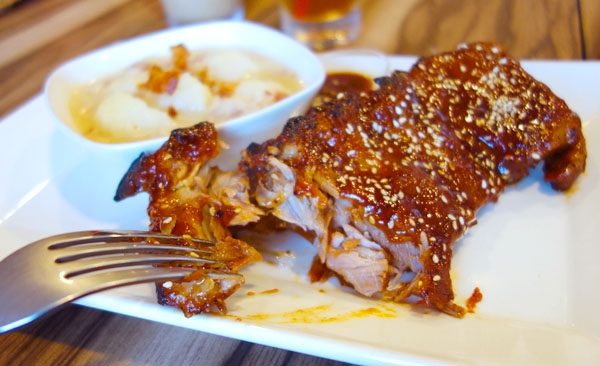 And thus, this was our star dish of the meal. It doesn’t look very attractive in the photo, but believe me, this is one of the best pork dishes I’ve ever had. The pork was so juicy and tender and silky it was absolutely sublime. I normally don’t like the fatty bits, but I ate up the thin slivers of fat inbetween the layers and felt it added to the silkiness of the texture of the dish. I didn’t even bother with the accompanying sauces – the pork was perfection eaten on it’s own.

I flipped to their little menu board that describes their dishes, and saw this “the pork belly is marinated in ti leaves for 48 hours and slow-cooked to perfection – fork-tender and moist.” Now it all makes sense.

A total must order! I would go back for this dish alone. 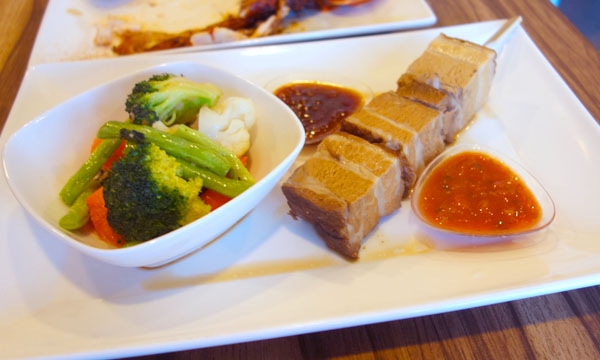 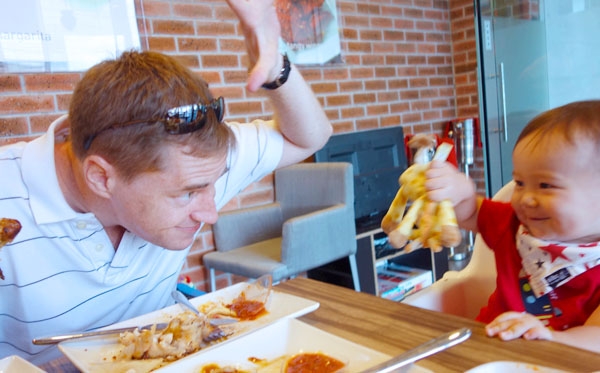 So there’s this outside patio area that’s totally enclosed by railings so it’s safe for young children to run about in. And since no one was dining there, and since we have a kid that cannot sit still in his high chair after eating *stares at Carter*, we chucked him out there!

He was kept pretty entertained and we could eat whilst watching him (we were seated next to the glass doors/windows) overlooking the patio). 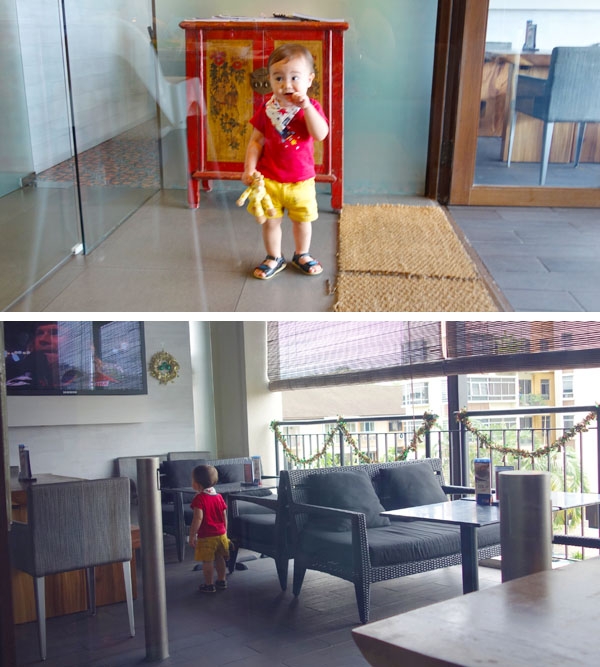 We opted for the cryptically named (to me!) Kaiserchmarrn ($16). I was keen on it after being told it was “cut up pancakes in a bowl with ice cream“. You can’t go wrong with THAT!  And true enough, fluffy warm pancakes studded with raisns arrived at our table, all chopped up and served with a scoop of ice cream. Awesome comfort food. The kids went nuts over this one…. 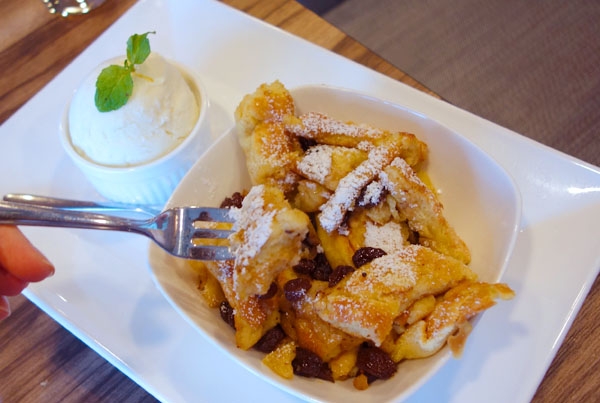 I was already lusting over the Homemade Ice Cream Sandwich ($8) since I’d first eyeballed the menu when we arrived, so of course I ordered it pronto. I realised when it arrived that it was actually quite similar to the Kaiserchmarrn dessert we ordered! Both had vanilla ice cream, and both had sweet carbs with raisins. So silly of me.

I’d recommend ordering either one, but not both at the same time! 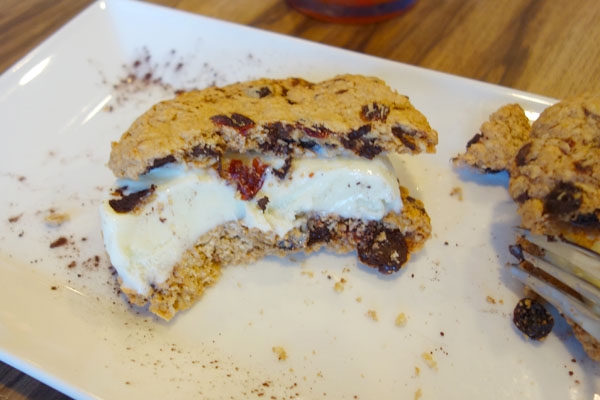 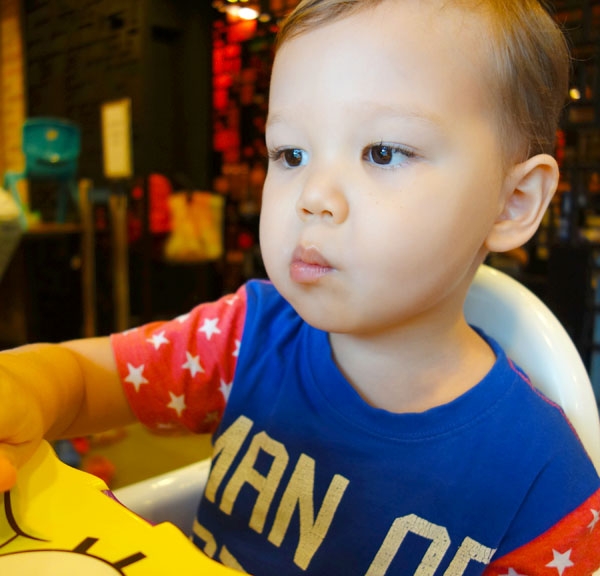 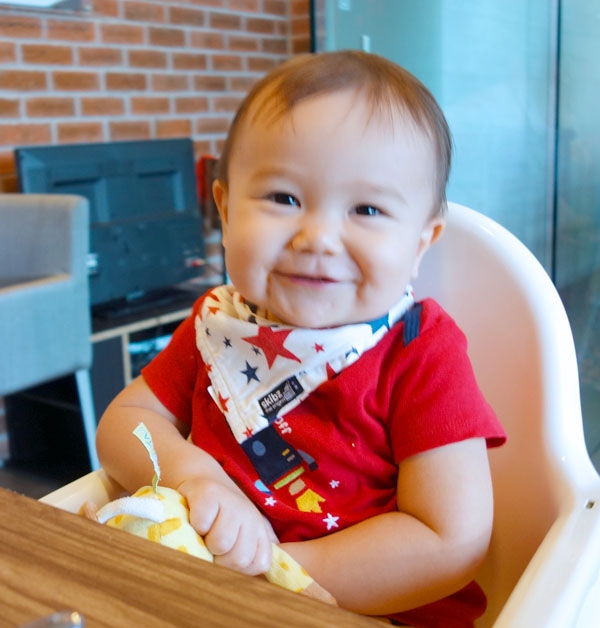 Charly T’s are doing a 3-Course Christmas Set Menu (until 31st December), but we went a la carte when we were there. They also have a Festive Bundle (until 1st January) as well as a Chinese New Year Prosperity Bundle (from 1st January to 30th January).

The next kids activity event is being held on 19 January 1-2PM, and is a Chinese New Year Fish Making class! Fab for bringing along their handiwork when you go round visiting relatives 😉

Plus, on the way out, I spotted a sign with this on it: “Facebook LIKErs get 15% off when paying with Mastercard”. It’s a good deal 🙂

Last Bite: Charly T’s is a HUGE hit with their free instructor-led kids activity event each month. It’s an excellent way to keep the kids occupied whilst you enjoy a tasty lunch. The Kalua Pork is a must order!