After an amazing week in Paris, we flew south to Montpellier, picked up another hire car, and drove to Arles for a two-day stay.

Arles is famous for two things – most recently, Van Gogh lived and painted here, but a long time before that, Arles was conquered by the Romans. The remains of the Roman civilisation are still visible in Arles, including the theatre, baths and arena. We were lucky enough to see a gladiator match being put on in the arena when we visited.

Arles is a funny place – from the outside looks quite run down and old, but the narrow streets remind me a lot of Venice – a rabbit warren of streets, revealing treasures tucked into corners. The insides of the derelict buildings have all been renovated, so it’s quite the town of surprises. 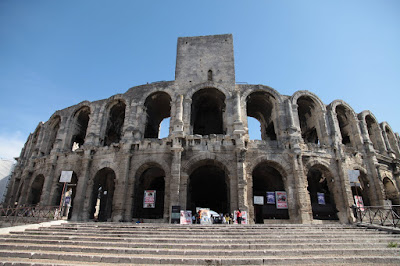 From Arles we drove to Carcassonne, where we rented an apartment for four nights. Carcassonne is quite amazing to see when you approach the city. The old city is perched on a hill top and is quite majestic!

We spent a lovely day exploring the old city. 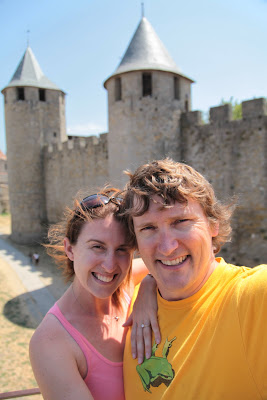 The area is rife with castles and is rich in history, particularly from the Cathar period. Many of the castles are actually more like fortresses, designed to protect the people, and the Cathars, from the religious crusades.

The castles are just amazing. Perched on the top of mountains in terrain that is so inhospitable it’s just extraordinary imagining people climbing up and down, or laying siege to, in every-day life.

One of the castles, Montsegur. 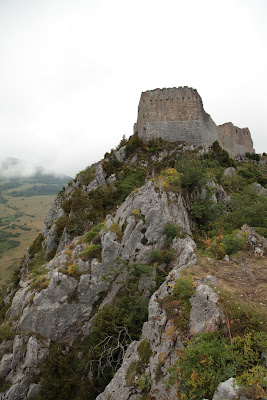 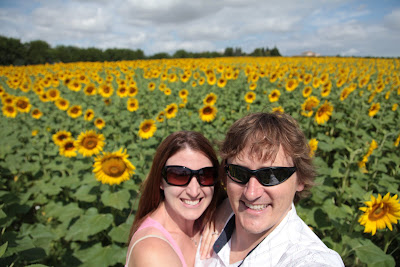 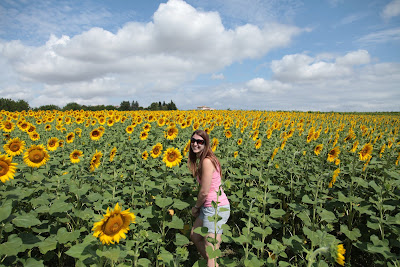 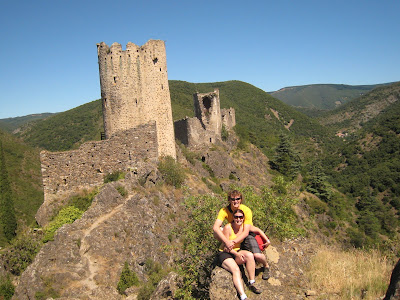 We ended our France leg by driving to Toulouse, spending the night, then catching a flight to London early the next morning.