Our last day on the tropical island. I hadn’t even had a swim yet so the order of the day was water play.

After asking around we found out that there was some snorkeling to be done off the pier at low tide, so we filled in the morning with other water activities.

Canoeing around the island. We wanted to paddle to the island in the distance but were only allowed to go in a certain area. Staff members on speedboats were at the ready to stop any wanders trying to step foot in the island. That’s one of the annoying things about Club Med, so many rules! 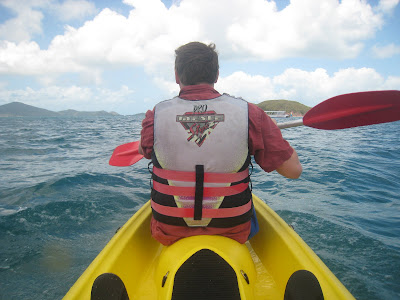 In the pool practicing for netball. Shot! 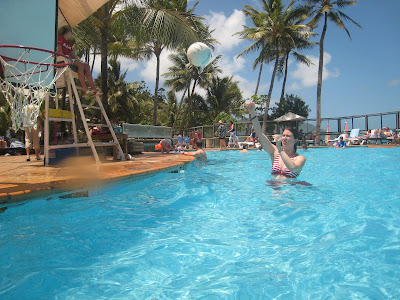 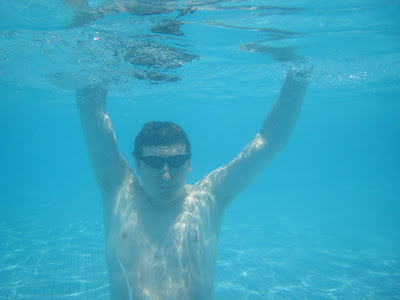 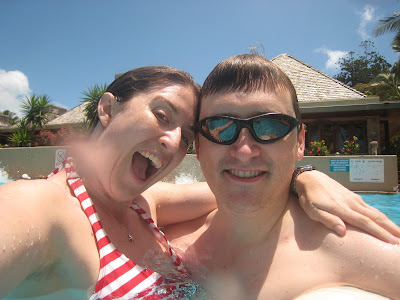 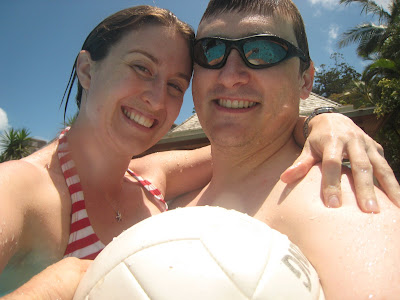 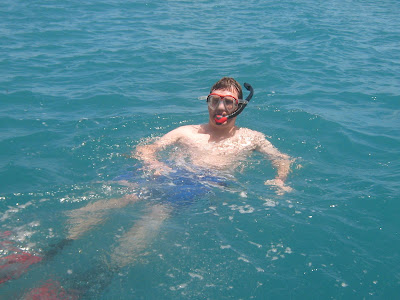 The view back from the pier of the resort.

Under water. It was very cloudy with very poof visibility. I got freaked out by not being able to see anything and had to swim back to shore. I’m such a wimp! 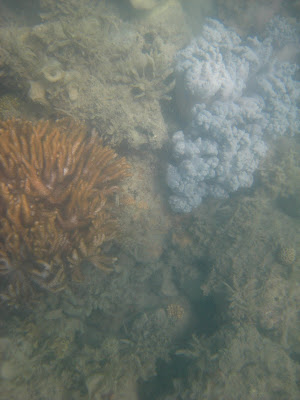 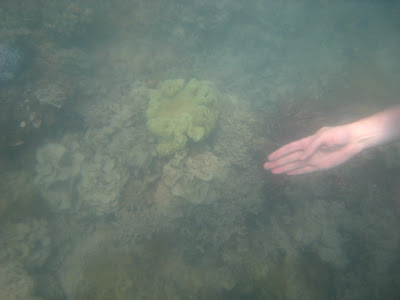 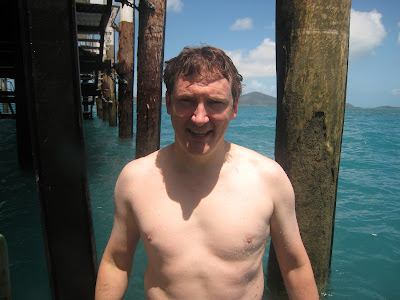 We spent the afternoon reading and chilling out, then head off to the eighth hole on the golf course to watch the sunset.

The most beautifully situated golf course in the world?

Romance was in the air. 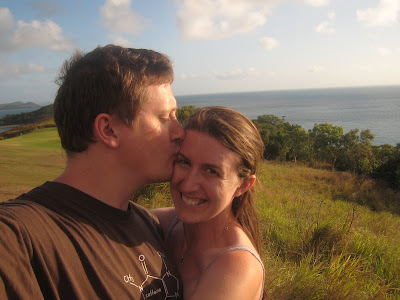 Nothing to do but watch the sun going down over tropical islands. Ahhh bliss. 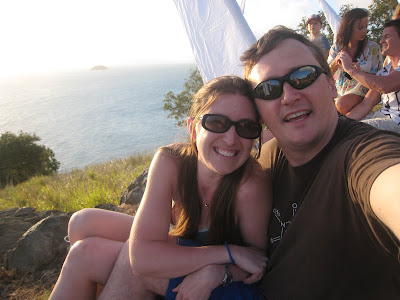 Alec participates in a game where the object was to hit the ball close to the hole in the far distance. Nice swing Alec! 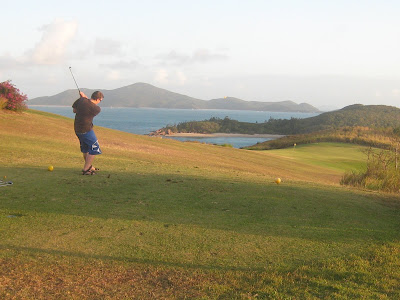 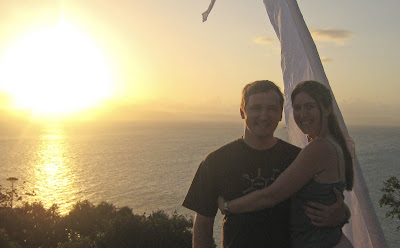 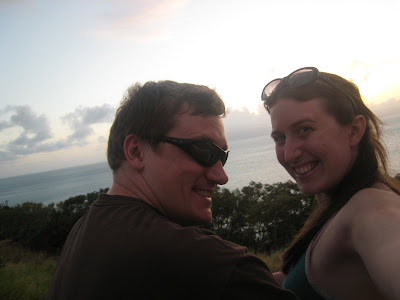