After two netball and one touch football game, the Google team took on eBay in the next event – pong. As I have terrible hand-eye co=ordination, I took on the catering job for this tournament. 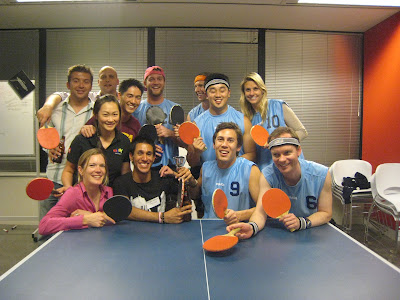 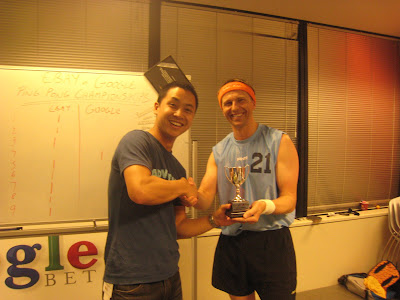 Phuong then skulls something alcoholic from the mini trophy and manages to keep it all down this time. 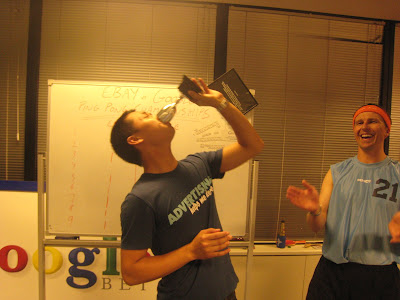 High hopes to be number 1, but unfortunately we can’t be the best at everything. 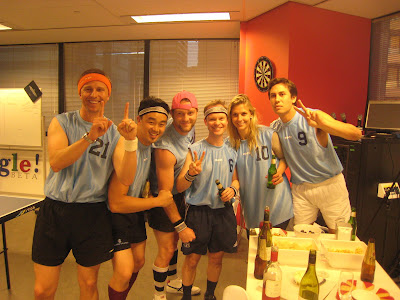 Ang and I bonded over the SingStar games that followed. 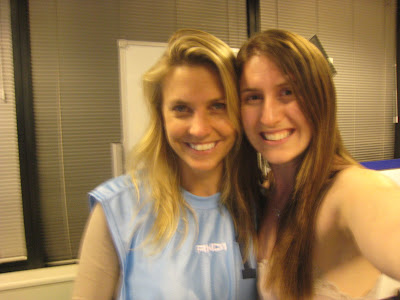 We rocked the night out with some fabulous tunes. Note however that we were rarely in tune, although Alec has told me on many occasions that I have the voice of an angel (LOL).

Some bro-mance going on here. And air guitar. Love boys in touch with their, ahem, emotions. 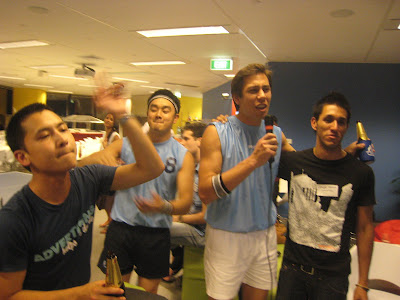