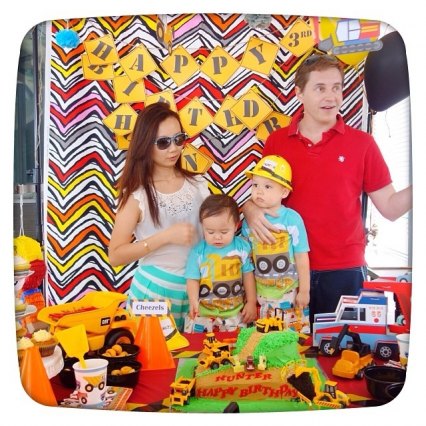 Planning a kid’s birthday party: I go by the theory of what doesn’t kill you makes you stronger.

But if you’re a bit of a perfectionist like me, it’s gonna come reaaaallllll close to killing you!

I’ve done (ie. planned, purchased, created, set up, take down) 3 birthday parties for my kids so far. That doesn’t sound like much, and it isn’t, but I went all-out with the decor each time (driving myself half-mad in the process). And based on those parties, I’ve learned each time what works, and what doesn’t work.

I hope you find these little tips helpful!

WHAT YOU SHOULD FOCUS ON FOR YOUR KIDS PARTY:

WHAT’S NOT WORTH YOUR TIME:

Pretty sure you’re a perfectionist and that you’ll drive yourself (and everyone else) crazy planning a party?

Leave it to the professionals like Party Perfect, who will be your fairy godmother and save you a LOT of time, effort and energy (and hair pulling). We offloaded all the grunt work to them for Hunter’s 3rd birthday recently, and boy, I ACTUALLY HAD SOOOO MUCH FUN!! I could completely switch off and sit back and relax, both before, during and after the party.