The annual Google Ski Trip is a wondrous event. This year the engineers were bussed down to the resort on Lake Crakenback on Monday for some days of skiing and, umm, making coffee? The rest of us departed later in the week. While the official ski trip departed Wednesday afternoon and arrived Wednesday evening, giving us only one day of snow, my team of crazy hyper athletes decided to drive down on Tuesday night so we could get some extra snow time.

We spend Tuesday night in Cooma, at the pub / hotel. It cost us $25 a night per person for a room with four beds – and yes, we really did get what we paid for!

I was so happy to drive on the next morning into Lake Crackenback and grab my boots and board from the resort. Alec left a spare Perisher pass for me at the resort so I let my uber crazy team head on off to Thredbo to throw themselves down black runs, while I joined Alec and some of his team for some easy green runs at Perisher.

I’m not an awesome boarder by any means. I have boarded exactly four times now over 10 years. Each time I go to the snow it takes me the entire time I’m there for my body to remember how to board – just in time for me to leave again!

I had two good days of snow on this trip so I spent day one literally falling down the slopes and day two began to regain any skills that I had once had on previous trips.

There was a lot of snow up on the mountains for the end of the season, and we were blessed with sunny, warm days. Unfortunately, this also meant the snow wasn’t nice and fluffy – instead if was pretty icy and hard in a lot of places – I seemed to find quite a lot of these icy patches with my butt. 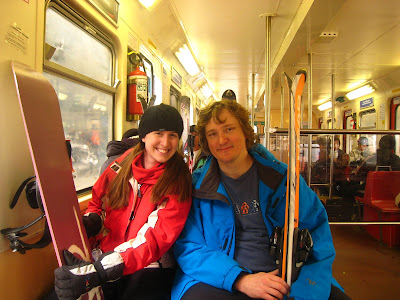 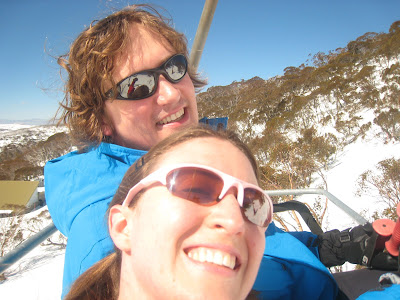 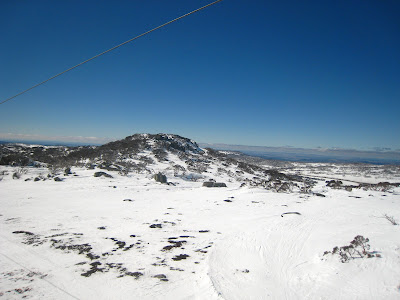 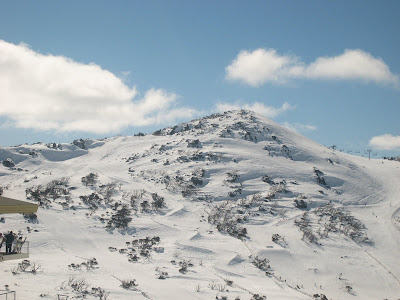 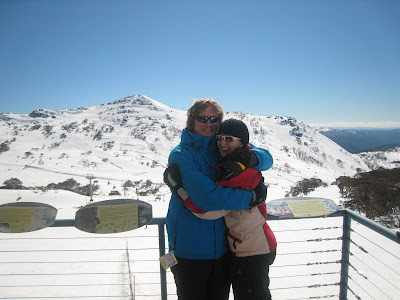 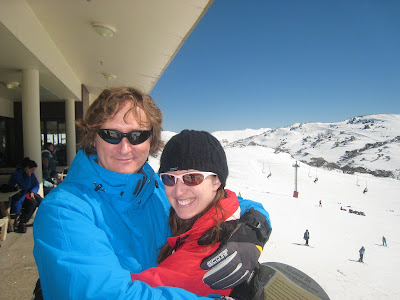 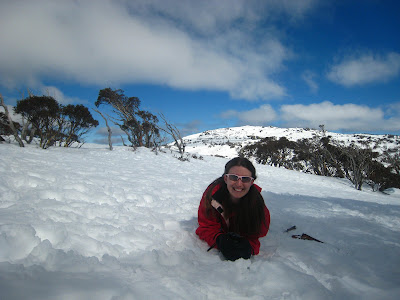 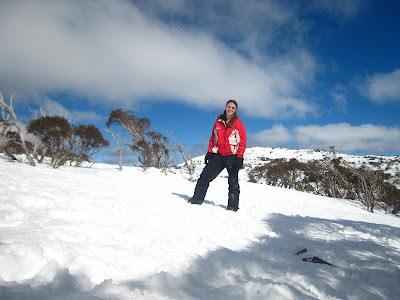 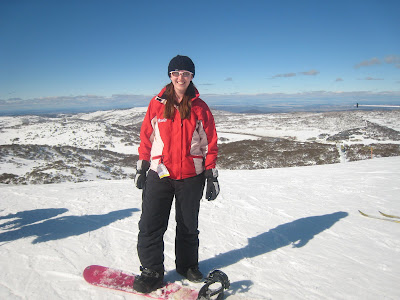 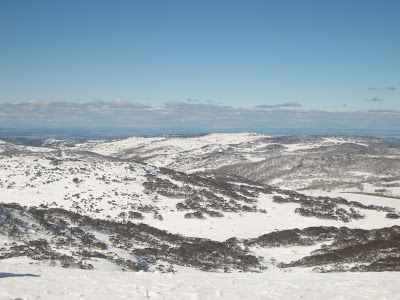 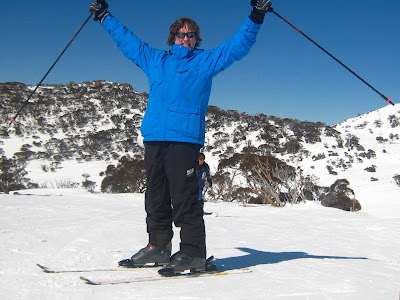 Just before my board slipped out from under me. 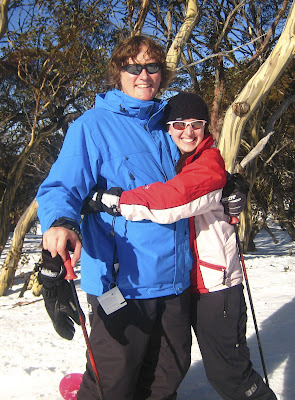 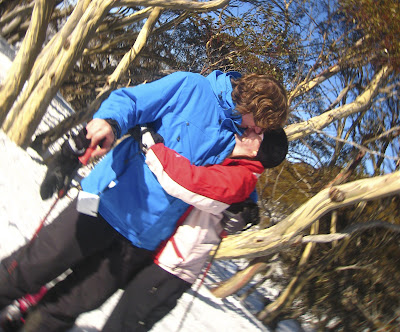 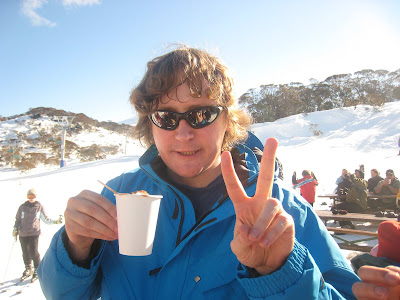 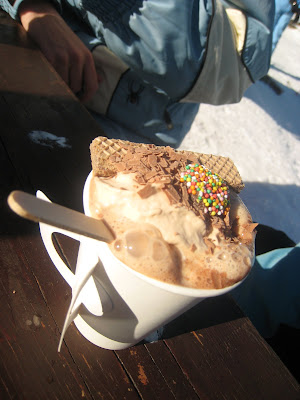 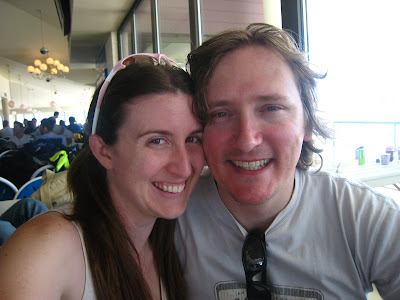 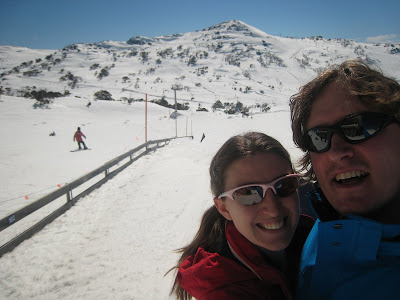 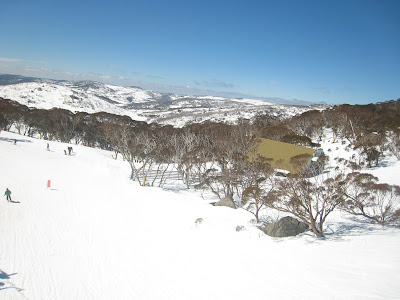 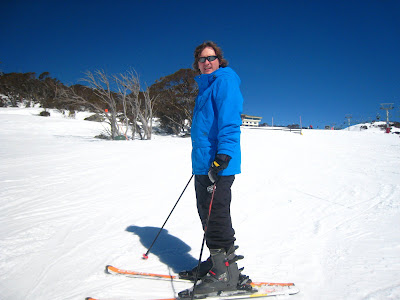 Sunset at the resort. 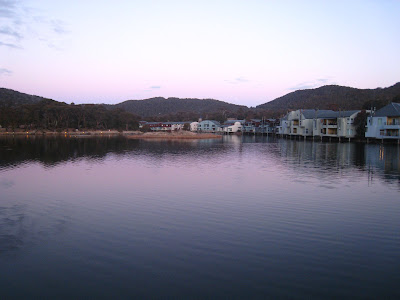 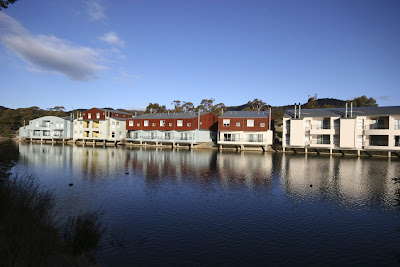 This kangaroo and I eyed each other off … note the joey in the pouch! 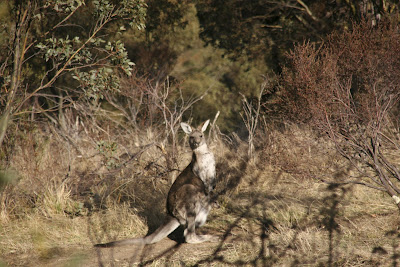 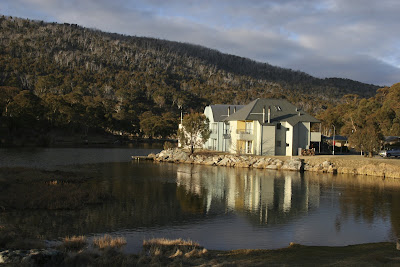 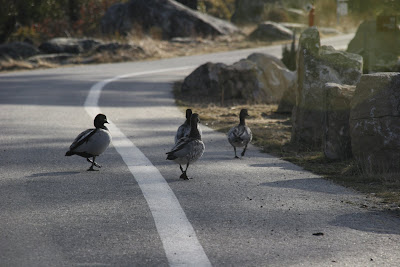 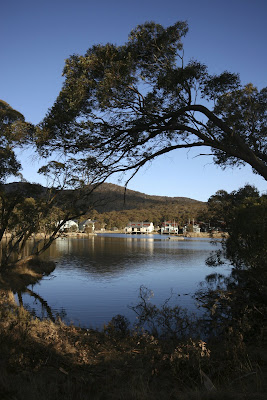 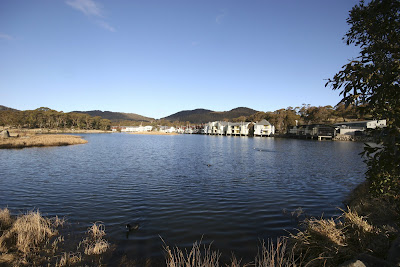 The actual trip was fabulous .. only bad side came at the end of the second day when I was struck down with a nasty virus. I was the sickest I have ever been, and was eternally grateful that I had Alec there to take care of me. I was told that the virus was going around the area – it was pretty concerning how many of us got sick! At least I didn’t waste any precious snow time being sick however – now that would have really been terrible!