I don’t think I’ve ever played touch football before but somehow I was recruited to organise a touch football match between my team and eBay. I find it to be quite a strange game where not much really goes on unless someone passes you the ball.

It was a lot of fun however, and I manged to catch the ball a few times – woot! We also won the game and raised money for Animals Australia. 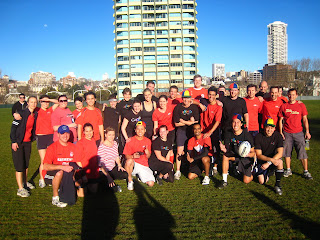 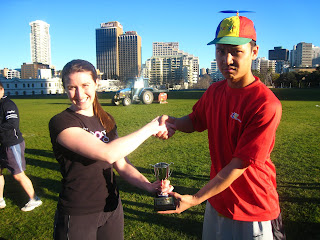