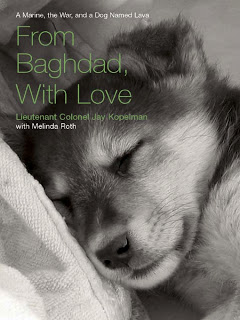 I just finished reading this book, about a US marine who befriends a stray puppy while on deployment in Baghdad, and his fight to save the puppy’s life.

While set against a background of war, the core story is about the friendship between the puppy and the marine, and how saving the puppy becomes a symbol of saving the humanity of the marine and his numerous friends who also risk their lives to save this one puppy.

The book gives some really interesting history on how the army trains its soldiers to be able to kill other humans and the rules they live by that are supposed to help them be able to perform their jobs. One of the major rules is no pets while on deployment. So for these marines, some of whom, like the author, see them selves solely as marines, to break these rules is a major deal.

The puppy and the compassion they show for him show that at core, you can never fully train the humanity out of a person. And that can only be a good thing. 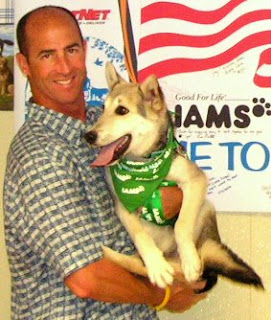 2 comments on “From Baghdad With Love”