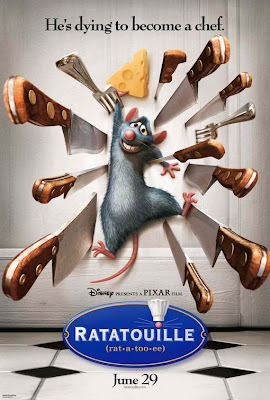 Alec and I finished up a great day with the new Pixar movie, Ratatouille.

We’ve been hanging out to see this movie for months, and it didn’t disappoint. In fact, we both agreed it was a toss-up with The Incredibles for best Pixar movie ever. Big call!

Animation has come so far since Toy Story. The humans looked great. Not real, but a still really well done. The rats were made very human-like with big eyes and ears and cute little pink hands.

The animators have also managed to make amazing backdrops, such as the country house at the start of the film and the scenes of Paris all lit up at night.

The storyline was great – super cute and not all predictable, some unexpected villains, and a back-up cast of thousands of fluffy little rats. One of my favourite scenes has them washed and fluffed dried in bulk. I would love to get one of those machines for washing my own dogs! 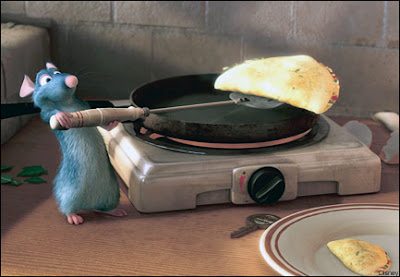 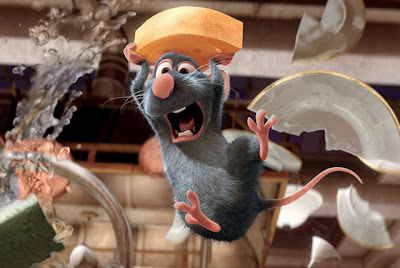